THE GREAT SATISFACTION OF DAVID BROWN AND JOHN WYER

As any other sports car manufacturer worthy of its name, Aston Martin was expected to get into racing, and their choice was indeed endurance racing, particularly the 24 Hours Le Mans. Amongst all the racing Aston Martins, the DB3S is the one that had the longest career, from 1953 to 1958, finishing three times in… second place at Le Mans, in 1955, 1956 and 1958.

THE GREAT SATISFACTION OF DAVID BROWN AND JOHN WYER

As any other sports car manufacturer worthy of its name, Aston Martin was expected to get into racing, and their choice was indeed endurance racing, particularly the 24 Hours Le Mans. Amongst all the racing Aston Martins, the DB3S is the one that had the longest career, from 1953 to 1958, finishing three times in… second place at Le Mans, in 1955, 1956 and 1958. 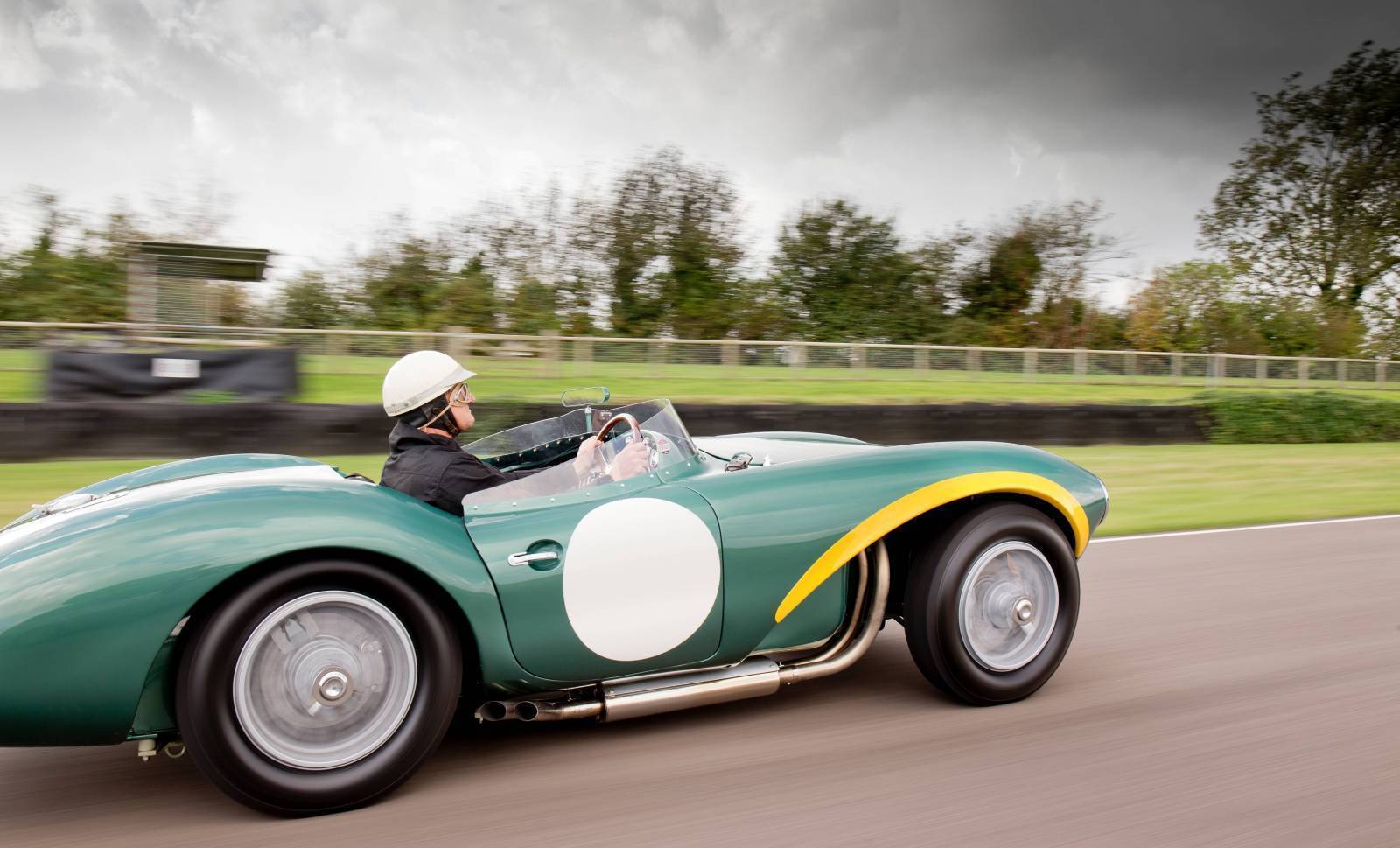 The first appearance of an Aston Martin in the 24 Hours Le Mans dates back to 1928 and afterwards the brand was present to all editions until the definitive closure of the competition department in the beginning of 1964. Marked by several withdrawals and disappointments, the history of Aston Martin – the brand celebrated its 100th anniversary last year – retains essentially the year of 1959. After an incredible fight at the forefront with the Ferraris 250 TR during the first two thirds of the race, the Aston Martins BDR1/300 finally take the first two positions, with Carroll Shelby and Roy Salvadori, one lap ahead of Maurice Trintignant and Paul Frère… Cherry on top of the cake, this double makes it possible for the British brand to win the World Sportscar Championship thanks to the results obtained throughout the season (Nürburgring and Goodwood). 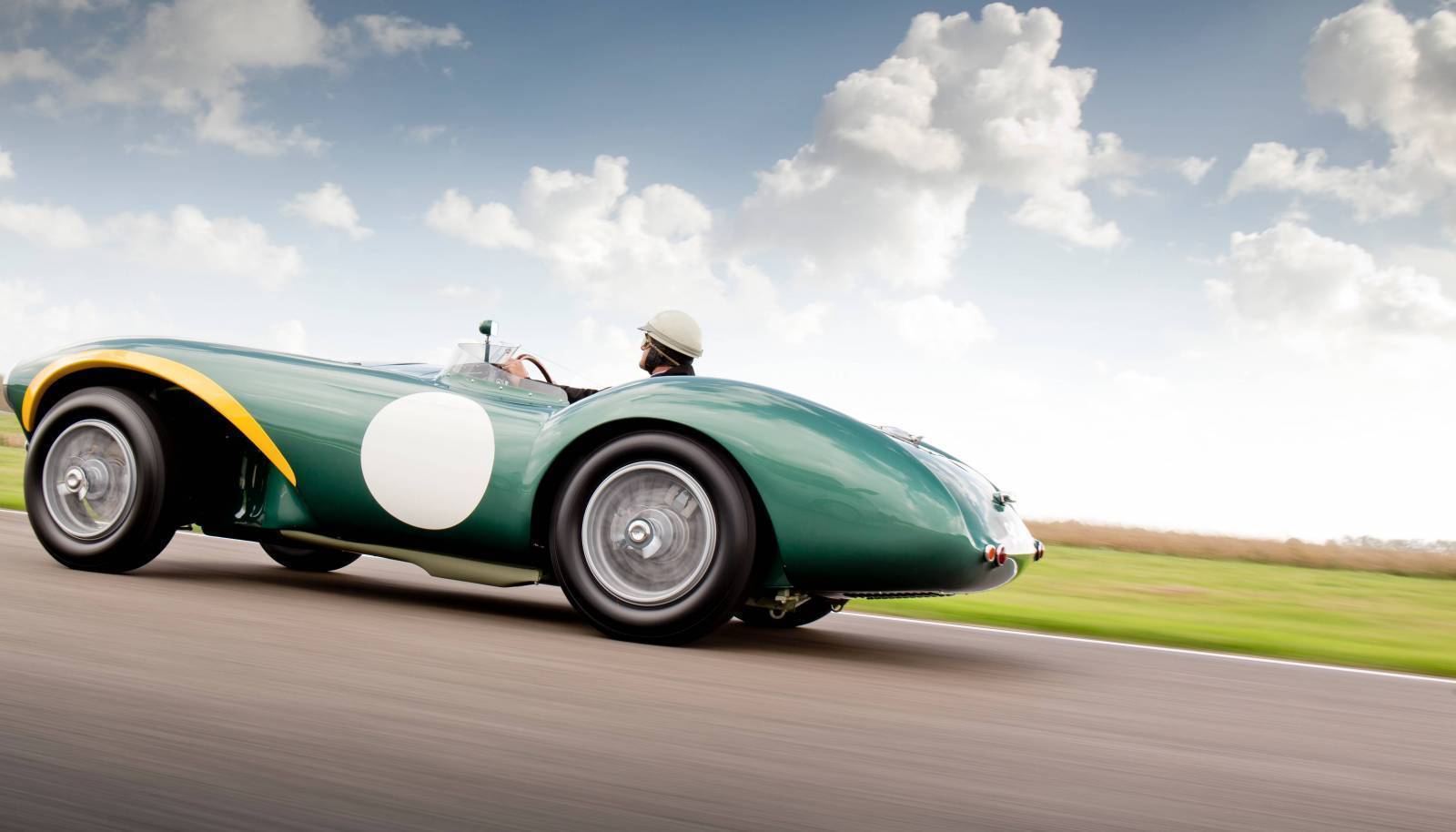 David Brown is baffled by this setback and entrusts John Wyer with the development of a true race car known as DB3S.

This success is mainly the accomplishment of the improvements made on previous models and more precisely the DB3S, as well as the result of the obstinacy of two men, David Brown and John Wyer. The first bought Aston Martin in 1947. He was a brilliant entrepreneur, who became rich building gears, transmissions and tractors. Passionate about beautiful automobiles, he is often considered as the “father “of Aston Martin, a brand he owns and manages for 25 years, until 1972, a record that still stands today. Brown is audacious, he knows his limits, but is capable of convincing numerous talents to join him on this challenges. By the end of 1949, he hires engineer John Wyer as Team Manager. He will remain at Aston Martin until the end of 1963, when he is poached by Ford to work on their GT40 project. 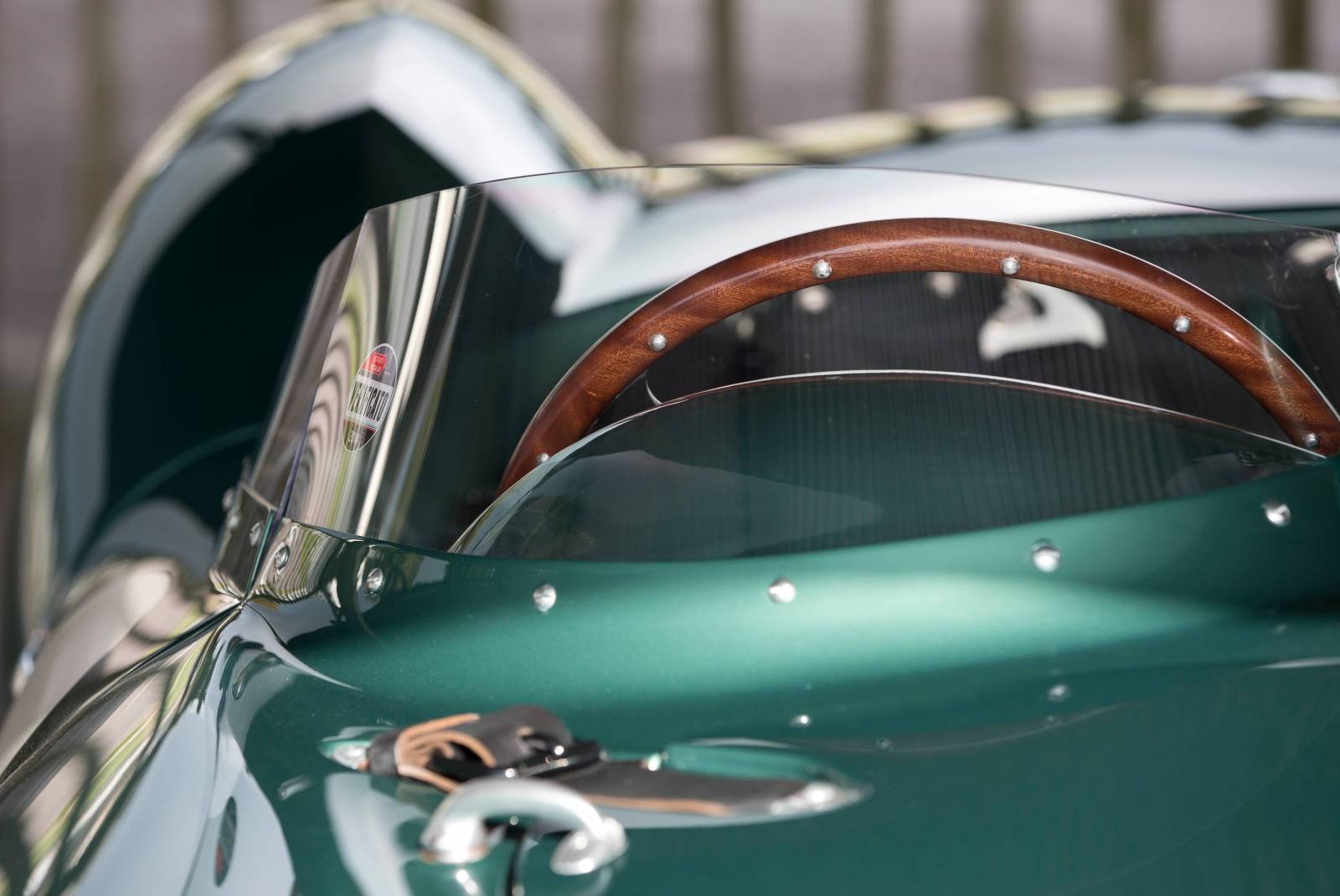 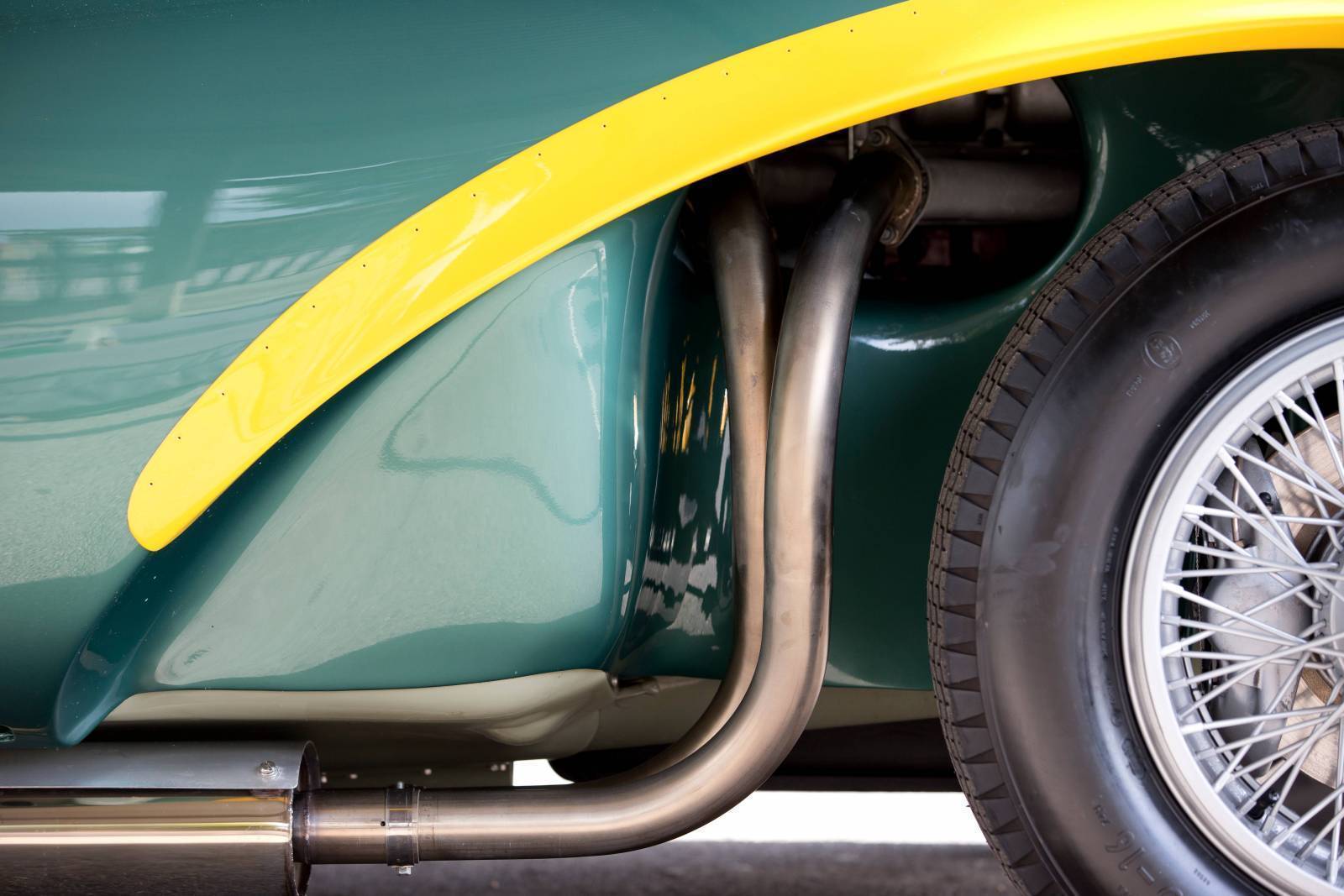 After six years of interruption due to World War II, the 24 Hours Le Mans is finally organised in the Sarthe circuit at the end of June 1949. Launched a year earlier, several DB1’s are enrolled by private race teams in this seventeenth edition and two of them rank in the seventh and eleventh places, quite far behind the winning Ferrari 166 MM. In addition, the new prototype enrolled by the manufacturer hardly completes 6 laps…Based on the DB1, the chassis of the DB2 is slightly shorter and covered by an aluminium body with a much more fluid and aggressive line designed by Lagonda’s former designer, Franck Feeley. All these cars are equipped with a 6-cylinder engine with double camshaft created for Lagonda (the brand that had been bought by David Brown in 1948) by Walter Owen, the father of the 5-time winning Bentleys in the 24 Hours Le Mans (1924, 1927, 1928, 1929 and 1930). Originally, this 6-cylinder block displayed a modest horsepower of 105, but it offered great development opportunities, both in terms of horsepower and cubic capacity. It will be used in races until 1958.

In the 24 Hours Le Mans of 1950, three DB2’s are enrolled by the manufacturer. One of them quits the race after 8 laps, but the other two finish up in the fifth and sixth places, despite a horsepower that is much lower than most their competitor’s. The next year it is even better: the three cars entered by the manufacturer finish up on the third, fifth and seventh places, while two private cars finish up in the tenth and thirteenth places. David Brown decides to launch the production of an Aston Martin that will be truly conceived for competition, the DB3, and he hires a former associate from the Porsche family (from 1933 to 1949), Austrian professor Robert Eberan von Eberhorst. He is the author, amongst others, of the Grand Prix Auto Union Type C and Type D of the thirties. This was not the best idea David Brown has ever had: from 1952 to 1954, the DB3, of which ten pieces were produced, only shines in minor races despite some evolution on its engine, and it withdraws in Le Mans in 1952. That same year Aston Martin’s honour was saved by the seventh place of a private DB2. After this failure, von Eberhorst returns to Germany in 1953 to join Auto Union and DKW.

Birth of the DB3S

David Brown is baffled by this setback and entrusts John Wyer with the development of a true race car known as DB3S. Time is short as they need to have at least one car ready for the 24 Hours Le Mans taking place mid-June 1953. This is even more important because Ferrari and Mercedes are also preparing new racers. Working from the DB33 base, Frank Feeley designs one of the most beautiful cars of that time, recognisable by its very distinctive grille, especially the one of 1953, with its chequered air sacs. The engineers on their side reduce the weight of the car, rework the 2,9 litre, 6-cylinder engine in order to increase its power, replace the unreliable 5-gear transmission box created by von Eberhorst, by a more classic 4-gear box and replace the back brakes, by removing them from the differential (which harmed their refrigeration) and placing them on the wheel hubs instead.

Three DB3S are enrolled in the race, but they are finalised in a hurry and have practically not been driven before the trials. It’s a total disarray. The three cars withdraw in the middle of the race while Jaguar triumphs by placing three C-Type in the first, second and fourth places. A week later, Reg Parnell saves the honour at the British Empire Trophy, but it’s a non-championship race. Other victories of the same type complete the track record of this first season. The year 1954 starts under favourable auspices, with Peter Collins and Pat Griffiths finishing third in the 1000 Km of Buenos Aires, behind two Ferraris, but ahead of Jaguar and Maserati. This will be the only honourable result in the World Sportscar Championship. The 24 Hours Le Mans proves to be a huge punishment as the 4 cars that were enrolled by the manufacturer (of which 3 coupé) are forced to withdraw due to technical problems. 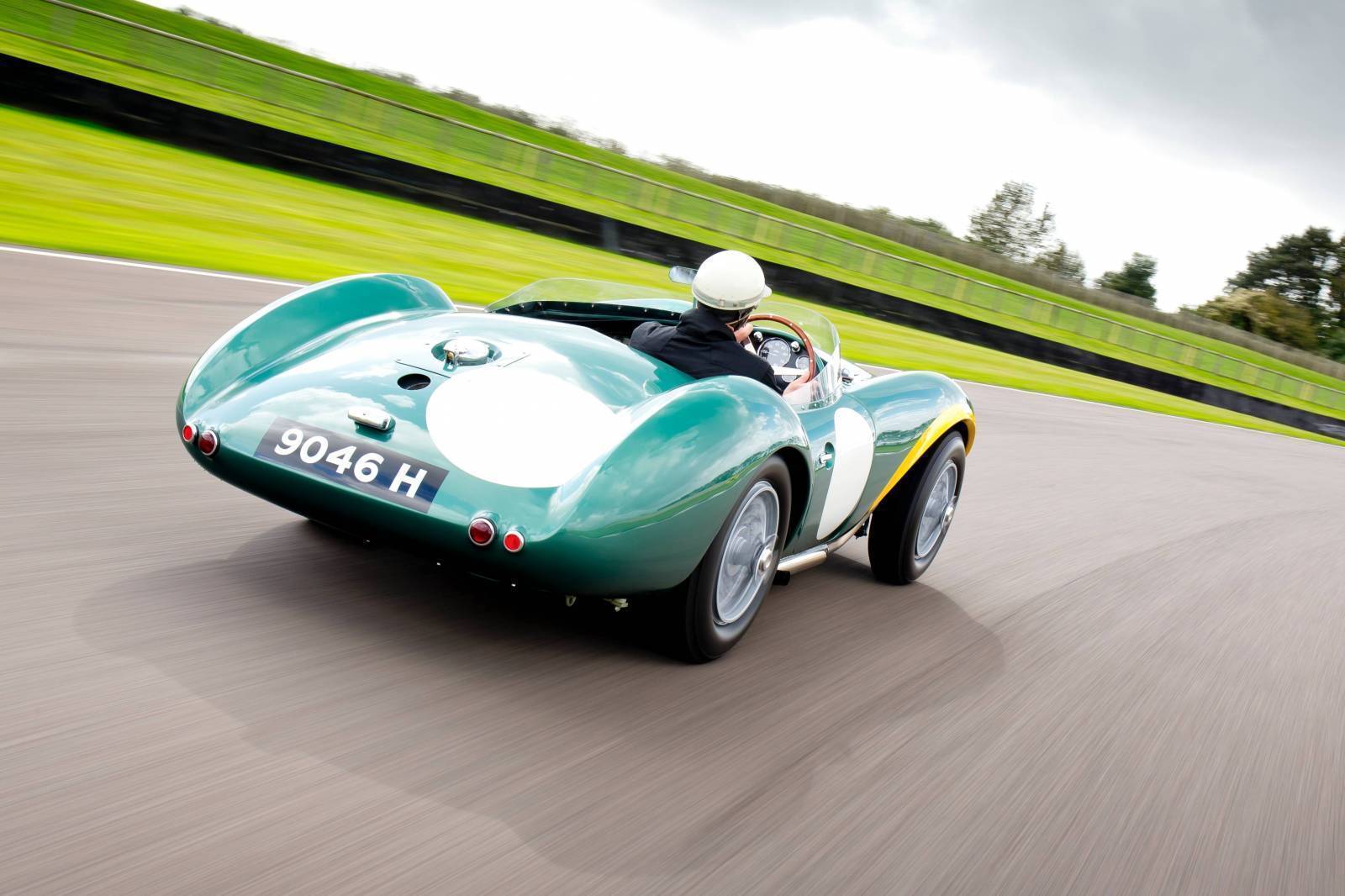 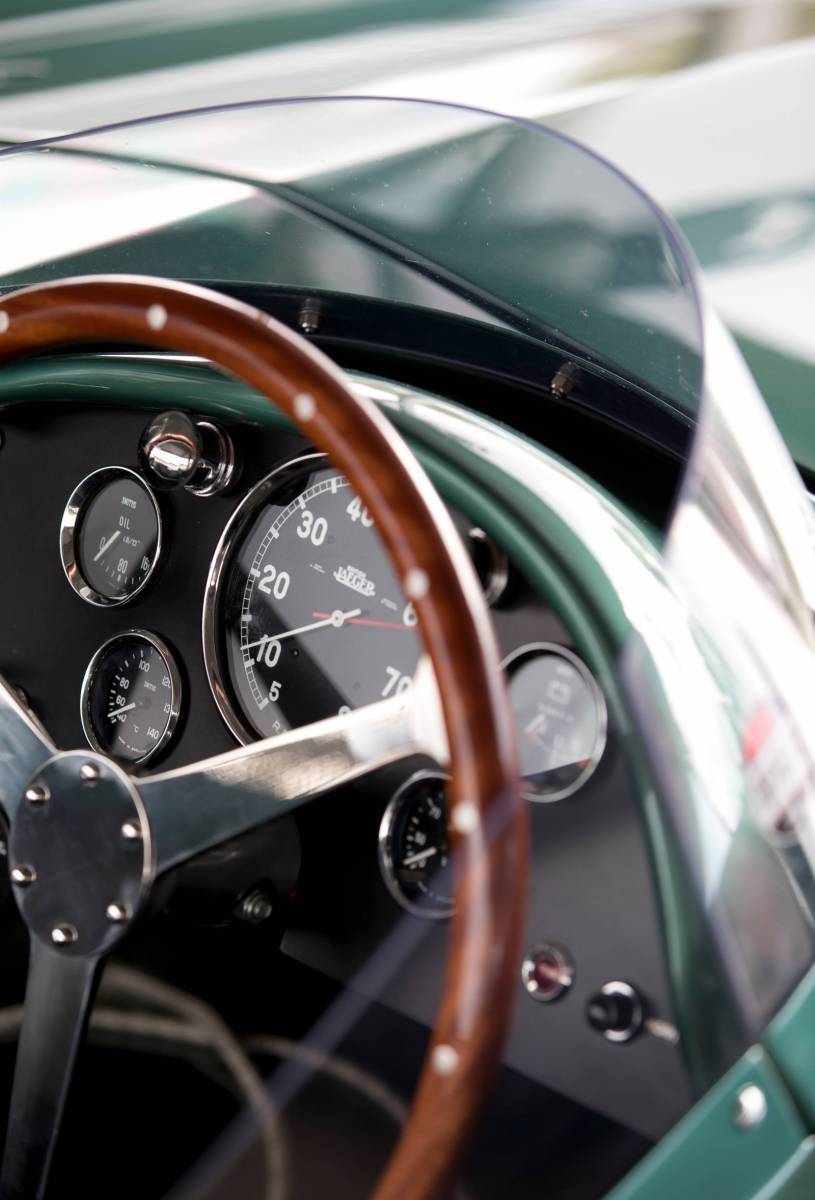 David Brown and John Wyer don’t let the facts discourage them, pursuing the development of the car and in 1955 they incorporate the disc brakes that were reclaimed by pilots. One of these pilots is Paul Frère who had been a freelance pilot for Aston Martin in the 24 Hours Le Mans in 1954, but the car had withdrawn after hardly 74 laps. Aston Martin makes him a proposal with a complete program for 1955, which means the 6 competitions counting for the World Sportscar Championship, plus the Grand Prix of Spa Sports. Even though there were several Ferraris, Paul Frère wins the long race of 22 laps quite easily (almost 310 Km), and this victory has a totally unexpected outcome. King Baudouin of Belgium had expressed the wish to have a look at the car in the Chateau of Laeken. After long technical explanations, Paul Frère invites the king to get on board and drives through the highway between Laeken and Antwerp at 140 to 200 Km per hour with his illustrious passenger, their faces windswept. And it’s the king who drives the BD3S back to Laeken…

After having participated and finished fourth a few days earlier in the Grand Prix of Belgium on a Ferrari 555 Supersqualo, Paul Frère joins the Aston Martin team in Le Mans to race the twenty-third edition of the 24 Hours. Nobody is interested in David Brown's DB3S and the favourite cars according to the specialists are the Mercedes-Benz 300 SLR, the Jaguar D-Type and the Ferrari Tipo 121 LM. What could have been a festive event becomes a tragedy less than two hours and a half after the start of the race. An accident involving Pierre Levegh’s 300 SLR between the stands and the main tribune has a tragic outcome: 84 dead and 120 injured. But the race goes on… In Team Aston Martin, three cars over four withdraw before midnight and David Brown is in a very bad mood. The early morning rain allows Peter Collins and Paul Frère to compensate their engine’s relative lack of power and take advantage of the huge number of withdrawals, including Mercedes-Benz, getting themselves into a final second place – in a quite sinister atmosphere. 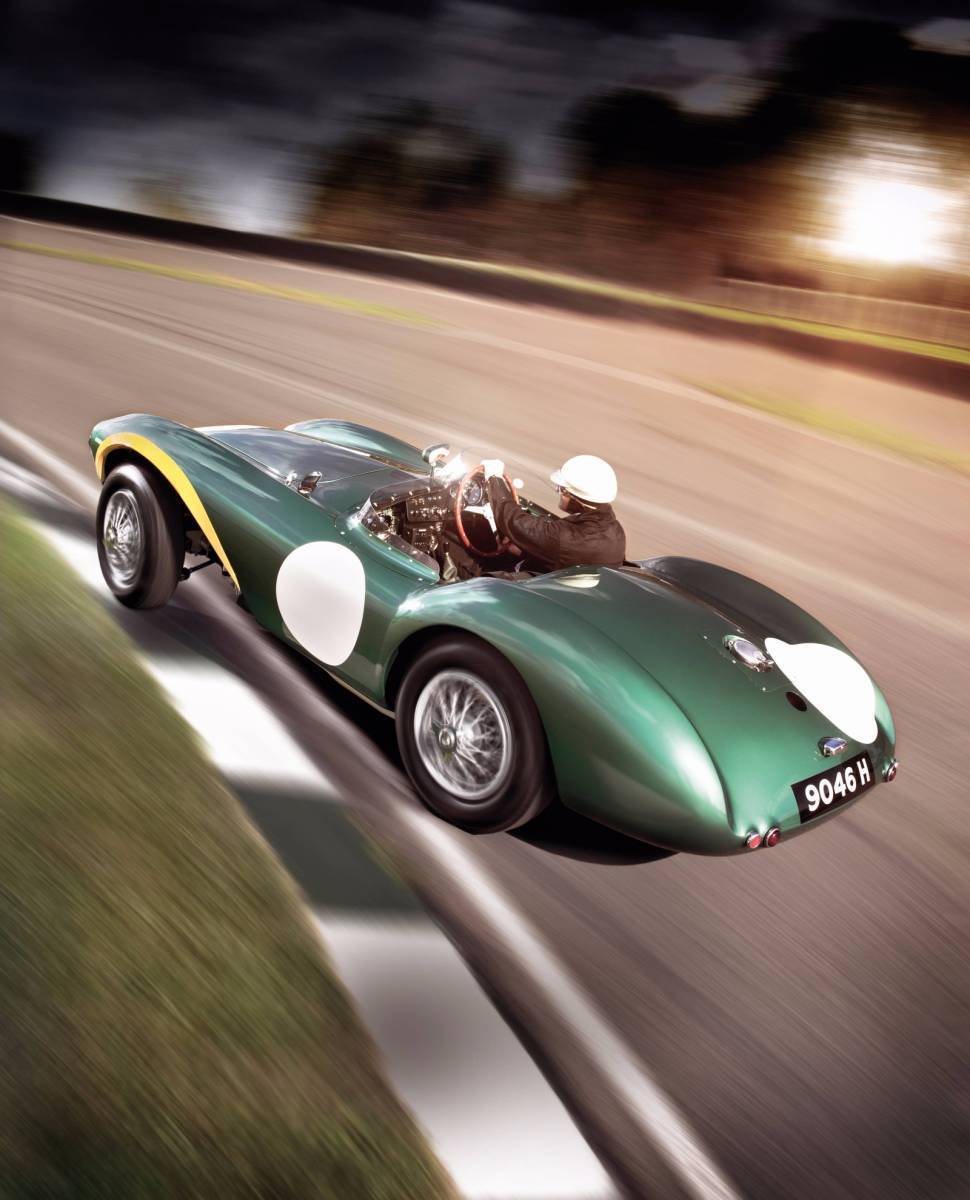 A few weeks later, a DB3S finishes fourth in the RAC Tourist Trophy in the World Championship, but many others had victories in secondary races, not only in Great-Britain but in other countries in Europe, USA, Australia and even Singapore in the following years. The car continued to evolve, both in terms of aerodynamics and mechanics. In 1956 Peter Collins, this time teaming up with Stirling Moss, finishes second once more in the 24 Hours Le Mans, just one lap behind the winning Jaguar, but having led the race for over seven hours. In 1957 only one DB3S finishes the race in the 11th place and in 1958 the same car, this time enrolled by a private race team, finishes second, while all the new DBR1/300 have withdrawn. The latter had nevertheless been first in the 1000 Km of Nürburgring (Moss/Brabham) and the RAC Tourist Trophy (Moss/Brooks), but these races were shorter. What happens down the road we already know. Back to the beginning of this subject… 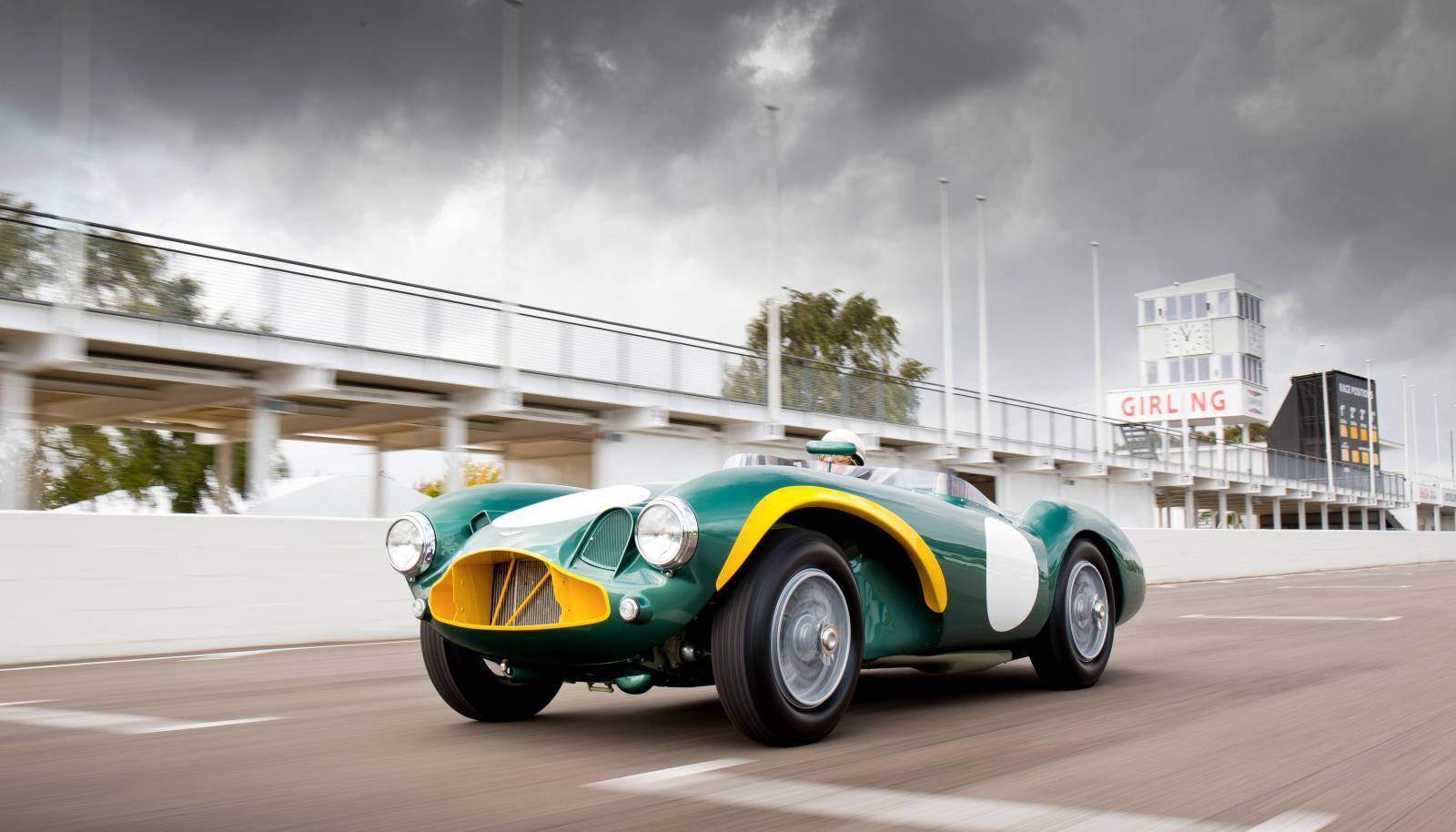