H
By Nathalie Marchal The Jonquères d’Oriola family Show jumping, wine, and gold medals
It’s an exceptional story: that of an old and noble French family, famous not only across the equestrian world, but also for the wines it has produced with care, passion, and respect for the local terroir for 27 generations.

Our story takes place in the heart of Roussillon, which lies on the Mediterranean coast, where the days are hot and the nights are pleasantly cool. The region is home to the Château de Corneilla del Vercol, built in the 12th century by the Knights Templar on the territory of Les Aspres, between Collioure and Perpignan. In 1485, the Jonquères d’Oriola family, originating from southern Catalonia, took possession of the estate. Highly influential in the region, they split their time between managing their lands and playing an active role in public life. From generation to generation, the family has cultivated a love of the land. “My grandfather Joseph managed a vast wine property, spanning 400 hectares of vineyards,” tells Philippe Jonquères d’Oriola, the current proprietor of the domain. “And more than anything else, he loved horses.” And that’s where our story begins... 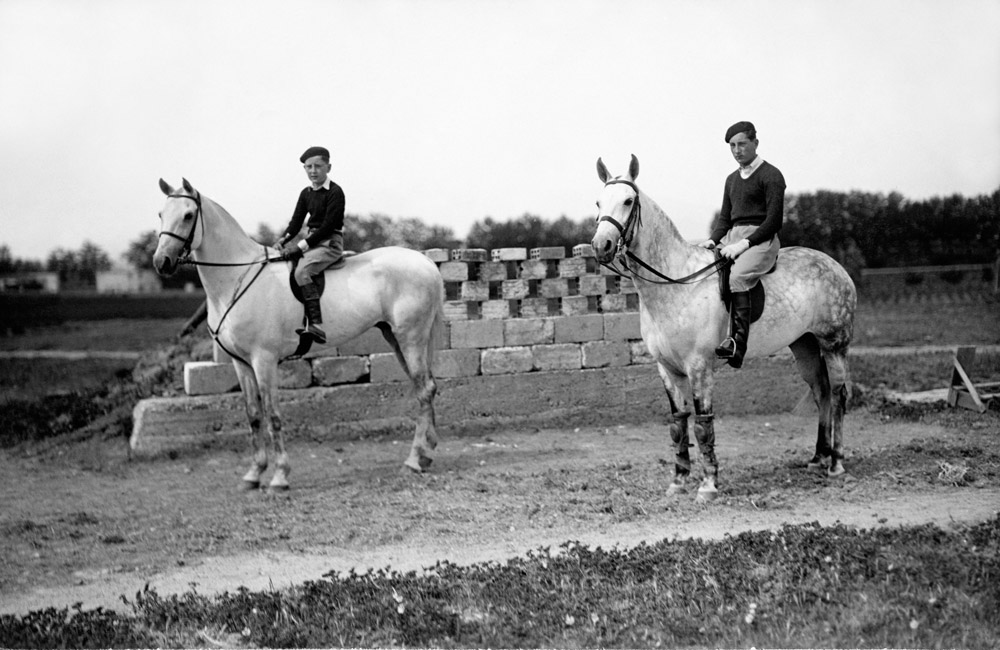 Because time and again the family managed to distinguish itself in the world of equestrian sports. “A world champion in the 1920s, he taught my uncle and my father to ride horses,” he remembers. Once he starts, Philippe loves to tell stories: “In 1928, during an international competition my grandfather took part in, all of the riders decided to honor the presence of British King George V by attempting an extremely difficult feat: running the course backwards. My grandfather was the only one to complete the circuit, everyone else fell off their horses!” As for his uncle, he was none other than Pierre Jonquères d’Oriola, multiple Olympic gold medalist and World Champion in jumping. “He won over 350 Grand Prix events and was named best rider of the 20th century,” he continues. It’s plain to see: a passion for horses is an integral part of the family spirit… But the Olympic pride does not end there, as another member of the family, Christian d’Oriola, also became a gold medalist in fencing. An athletic family with perfectionism in the genes... 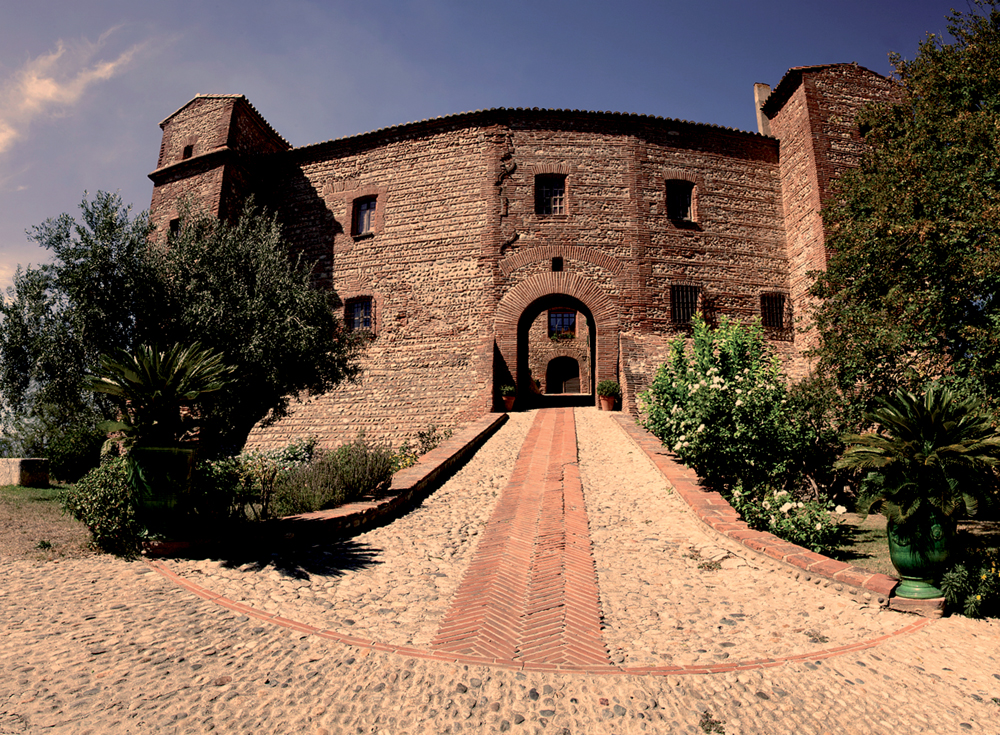 And this perfectionism has gone hand in hand with a serious thirst for new challenges… Today, that challenge is to cultivate the domain’s vineyards by uniting ancestral know-how with modern technologies, rigorous quality control, and reasonable agriculture that respects the environment. Because the family name, which has made the region proud through its long list of athletic accomplishments, is also associated with the terroir in which it produces respected fine wines. In fact, managing to make wine within the same family and in the same region since the 15th century is no small feat. “Last year we celebrated 530 years of our wines, which is quite an exceptional anniversary,” confirms William Jonquères d’Oriola, son of Philippe. 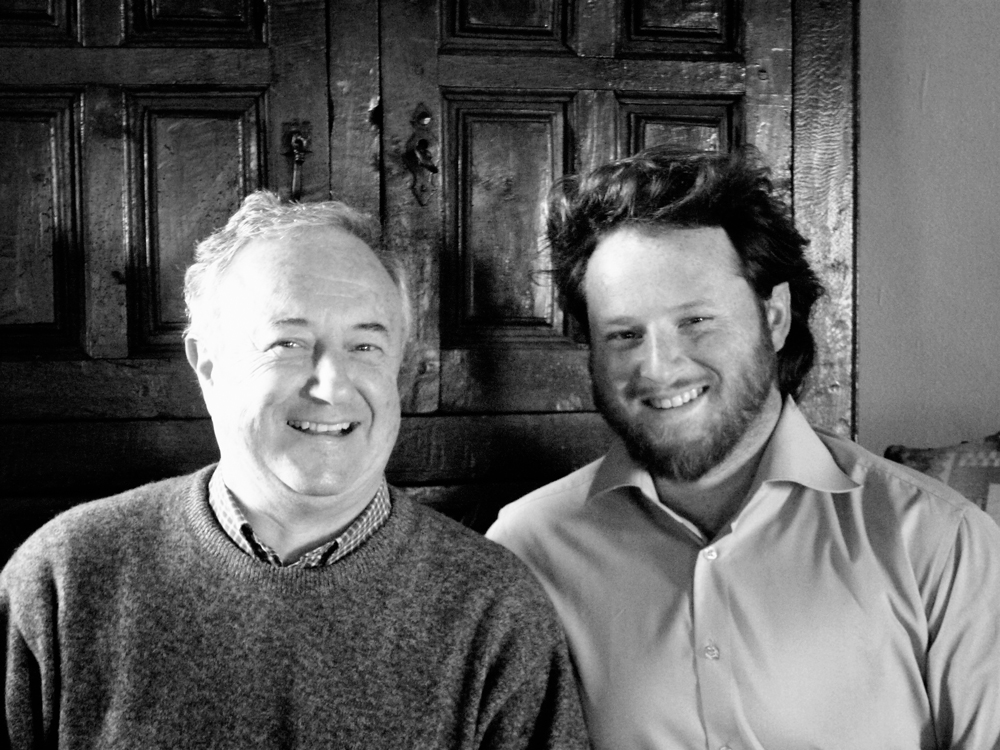 William and the domain

Including business school, oenology studies, a first job with one of France’s biggest wine distributors, and a year and a half long tour of the world’s wines, William put together a long resume before joining his father, Philippe, at the helm of the property in February 2010. The young man with a calm, proactive, and extremely enthusiastic demeanor explains that all of their wines are made through their own production process, for which they are now in the final phase of acquiring the “Haute Valeur Environnementale” eco-friendly certification. That is an excellent way for the family to promote biodiversity and the concept of “reasonable” agriculture, while keeping future generations in mind. For this reason, the vineyard, which is divided into several rigorously selected parcels, is cultivated through a profound respect for the land and the terroir. “Like St. Exupéry said, ‘We do not inherit the earth from our ancestors, we borrow it from our children,’” recalls William.

A pioneer of low-temperature fermentation in the 1970s, Philippe Jonquères d’Oriola changed the way people thought about Roussillon wines, which until then had a reputation for warmth and high alcohol content. “Though grapes are traditionally harvested during the day, my father began harvesting between 4:00 and 9:00 in the morning and introduced low-temperature farming,” explains William. “Using cool instead of warm grapes completely alters the winemaking process. It takes 3-4 weeks instead of 12-15 days, and you let nature do its work.” The result is a cool, silky wine of endless finesse.

A vast range of wines

As for the selection of land parcels, the family has always sought to obtain optimal maturity from the grape varieties in its vineyards. “It’s crucial for the quality of our wines,” states William. “We have vines planted 300 meters from the Mediterranean coast, and others located more inland, near the Canigou mountain, on what is known as the ‘Quaternary Terraces,’ at an altitude of 120 meters at the foot of the Pyrenees.” 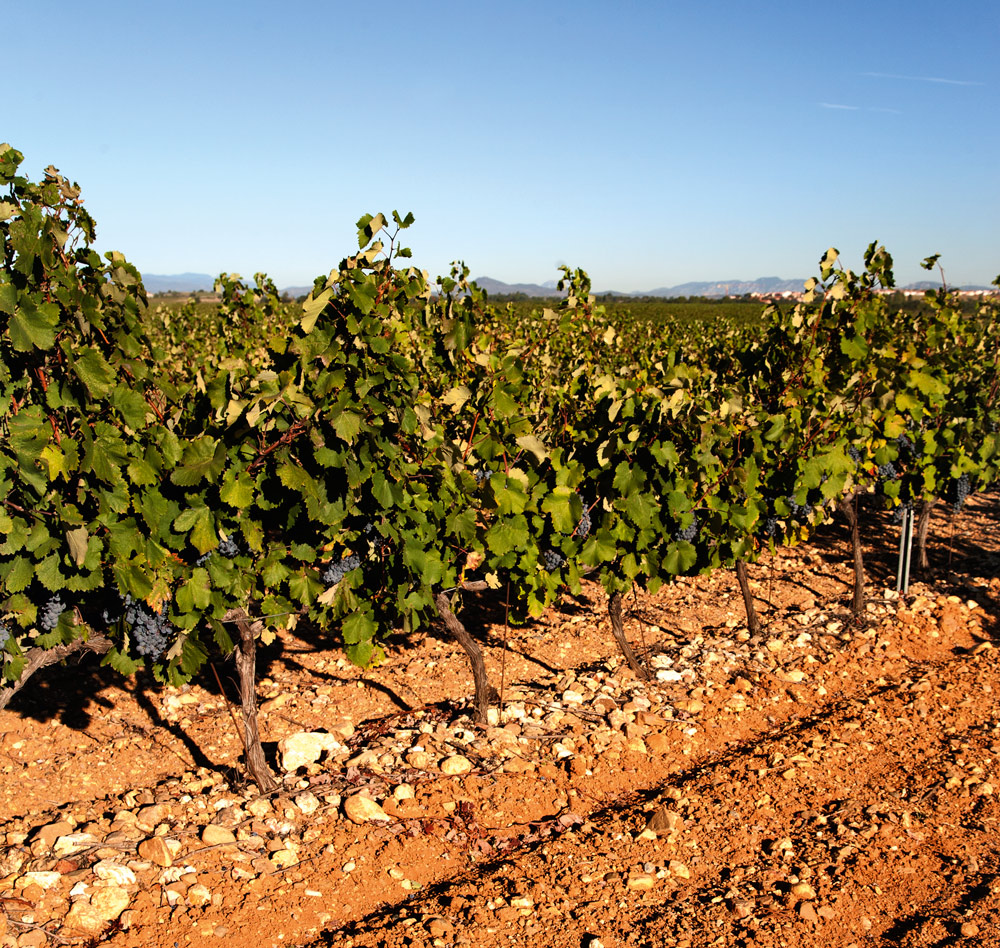 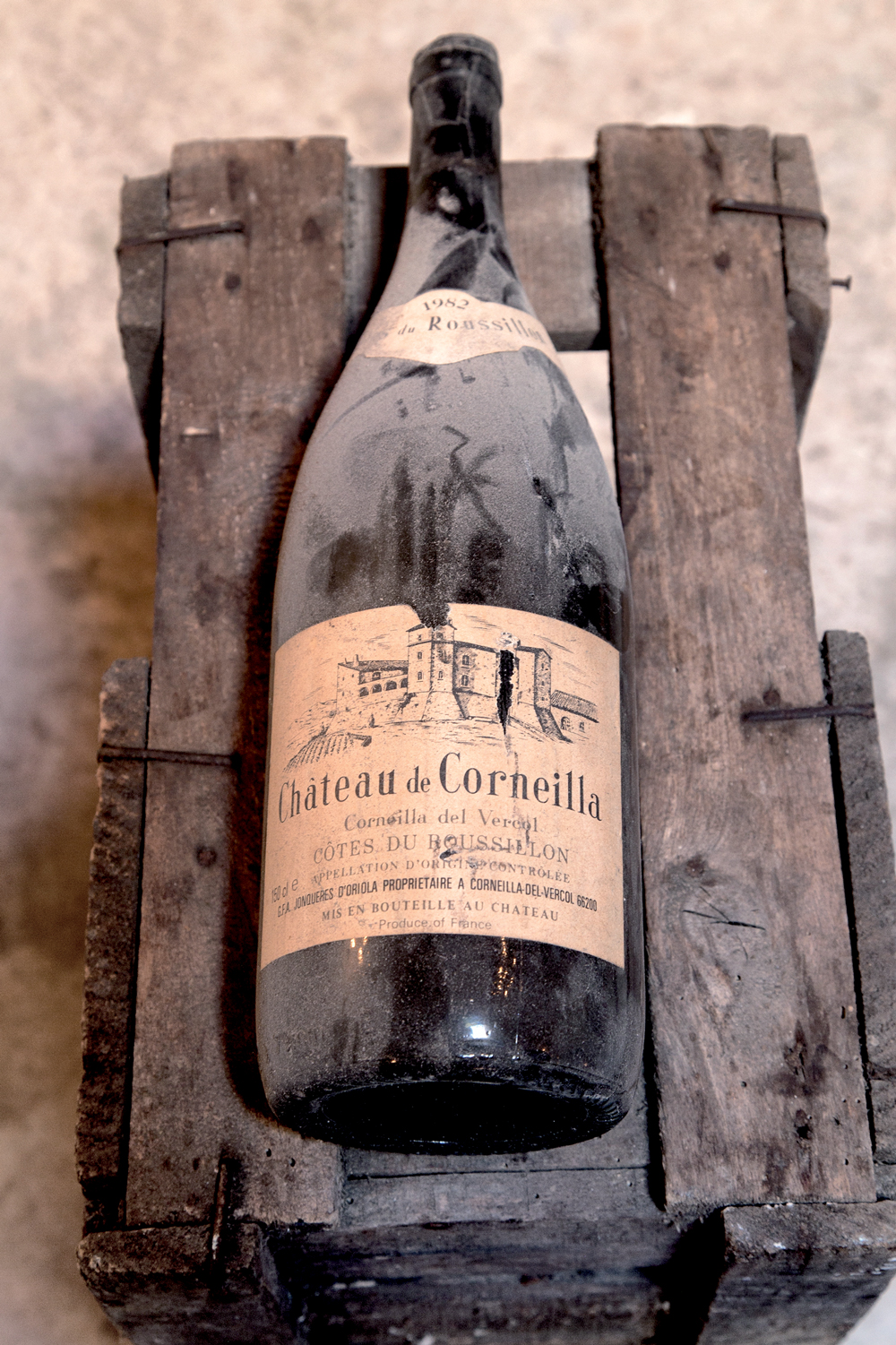 Representing a mosaic of Roussillon’s best terroirs and more than 18 vintages, the vineyards stretch across two winemaking properties: Château de Corneilla and Domaine du Paradis. “In addition, we recently took over a property in Collioure in partnership with the Tourane family,” adds William. Proving that the apple doesn’t fall far from the tree, the line of wines makes ample reference to the equestrian world with names like Pur Sang (“Purebred”) and Cavalcade. “Pur Sang is served at prestigious events like the French Open, the 24 Hours of Le Mans, Le Bourget, and the Cannes Film Festival,” William points out. “And Cavalcade is so named because my father and I each took a tour of the world’s wines, at an interval of forty years apart, and that is the first wine that we made together, as a way to seal our partnership.”

Wildly popular with Michelin-starred restaurants, wine merchants, and all the finest tables, the family’s wines have earned awards from the Hachette Wine Guide and gold medals in the top French and international wine competitions. Of course, gold medal culture has a long history in the family… And entering their wines into competitions is an integral part of the culture of quality that is central to the family’s values. “A gold medal serves as a point of reference for consumers. In addition, peer recognition is extremely important for wine-growers.”
Among other classifications, these wines include the appellations Côtes du Roussillon and Côtes du Roussillon Village, as well as Cru wines with a robust positioning, strong identity, generations of know-how, and 530 years of quality. 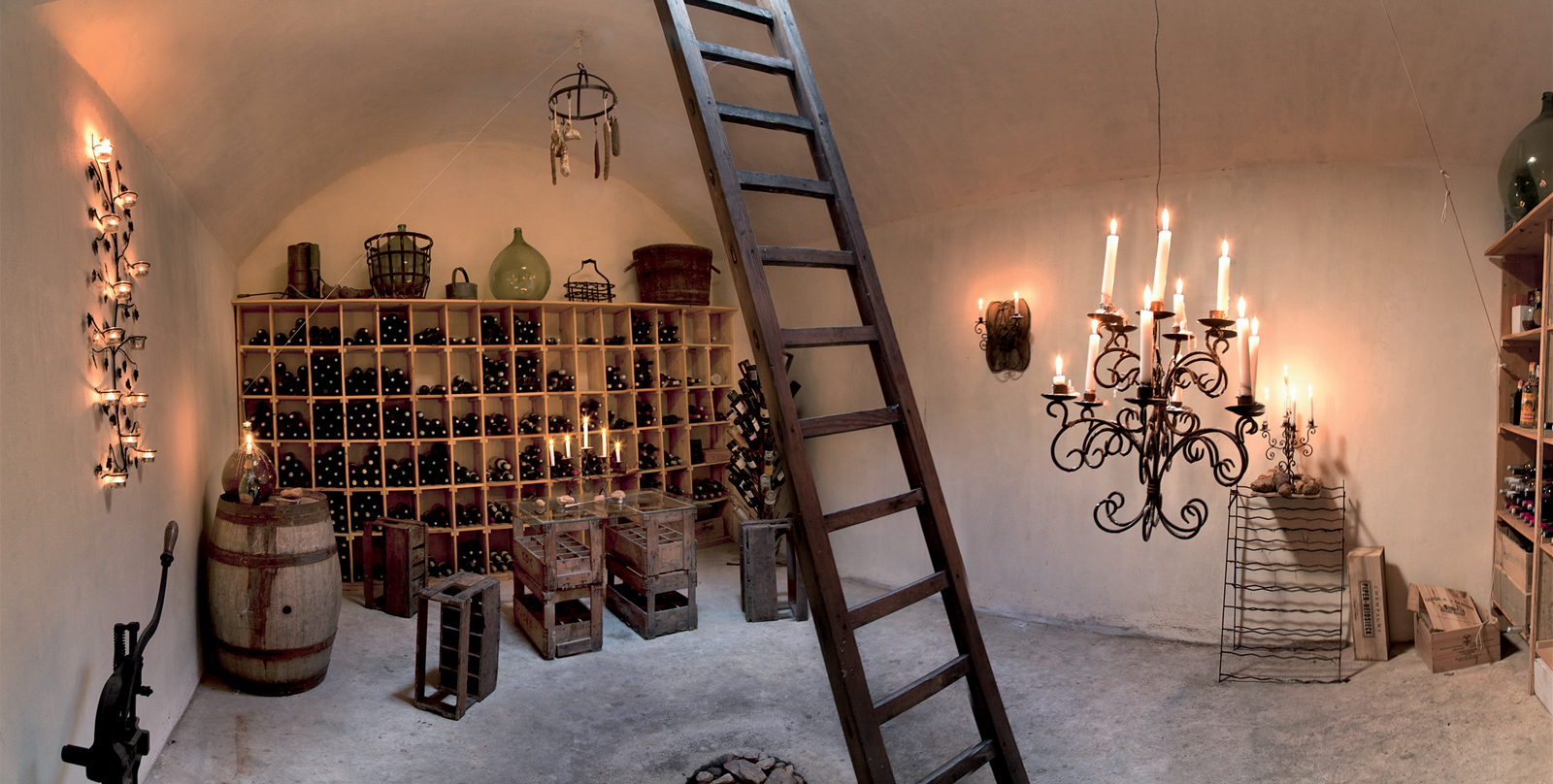 “The most important thing is for a wine-grower to adapt to the terroir,” concludes the young man. “When competing for a gold medal on horseback, it’s all a matter of approach. The horse must be in good shape and stay focused. And the same goes for the rider. So why would it be any different when making great wine?”

What could be buried at such a depth? William Jonquères d’Oriola’s personal wine cellar, of course! Located within the inner courtyard of the Château de Corneilla, it started out as a well or, more precisely, a water cistern that began collecting rainwater some 800 years ago. With a capacity of 100,000 liters, it later served as a storage area for wine when, in 1927, an extra abundant harvest produced more wine than the cellars could hold. And now, William uses the space to archive each vintage produced at the estate. What an incredible treasure trove! 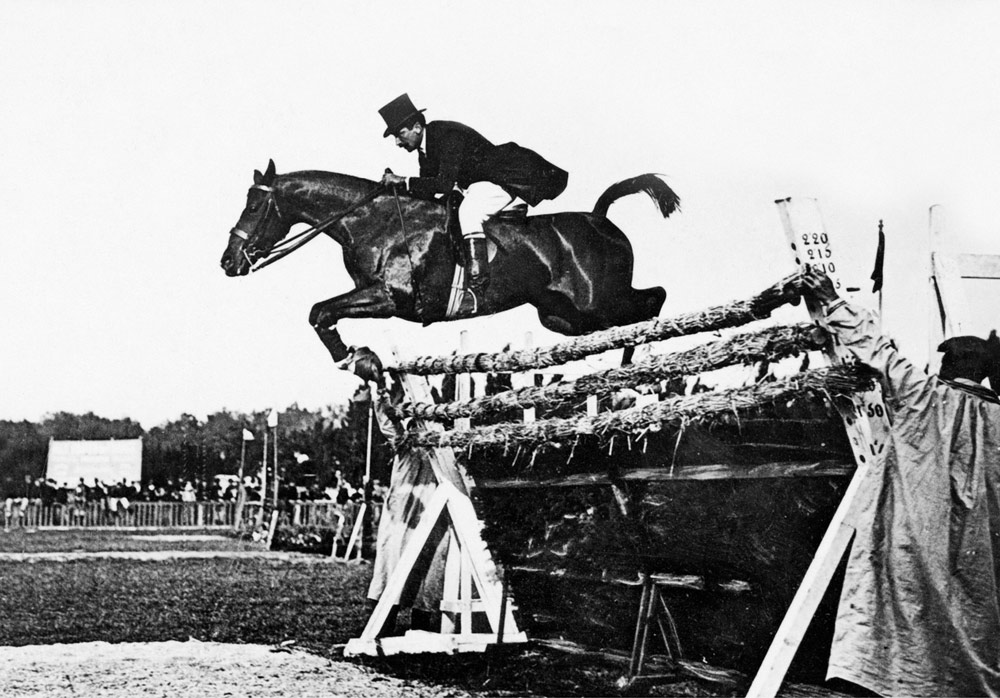 “Belgium is a large market for us, because many Belgians appreciate our terroir and the finesse of our wines,” underlines William. “And we are one of the oldest domains in France, with a wonderful history that we love to share.” Represented by the agency Wellens Raes, the wines of the Jonquères d’Oriola family will notably appear at the Jumping International event in Zoute, taking place in September. It will be the perfect opportunity to taste their famous Gris-Gris, an extraordinary subtle rosé, or the equestrian inspired Pur Sang and Cavalcade – two more excellent reasons to check out this magnificent event! 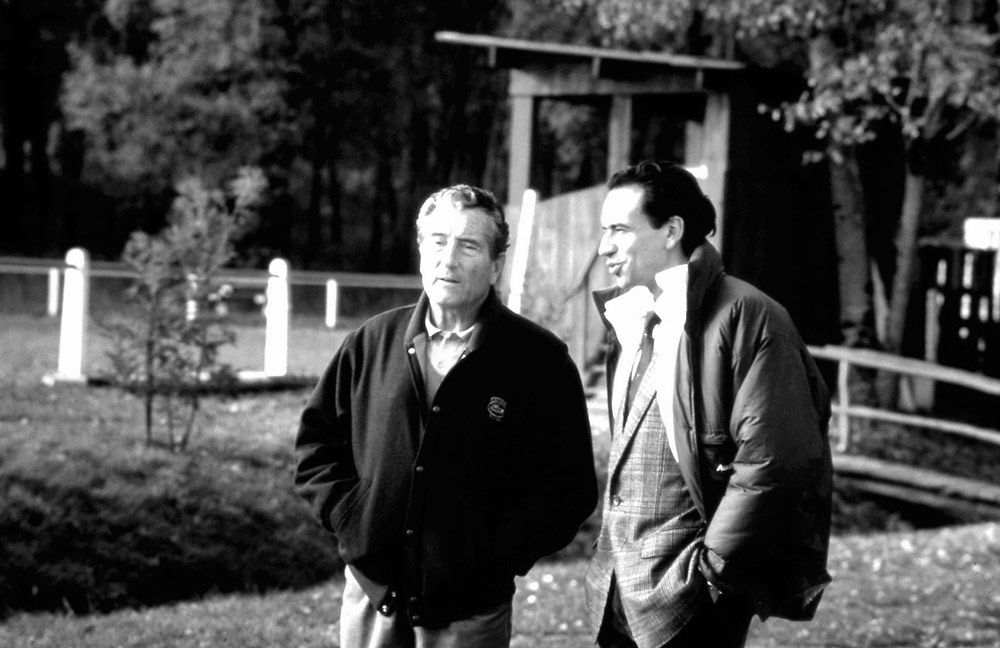