At their best worldwide

Such is the essence of the partnership between the IFHA* and the Swiss watch brand Longines. With these famous "Awards" at the heart, precious trophies that are so coveted and so well deserved. Meeting 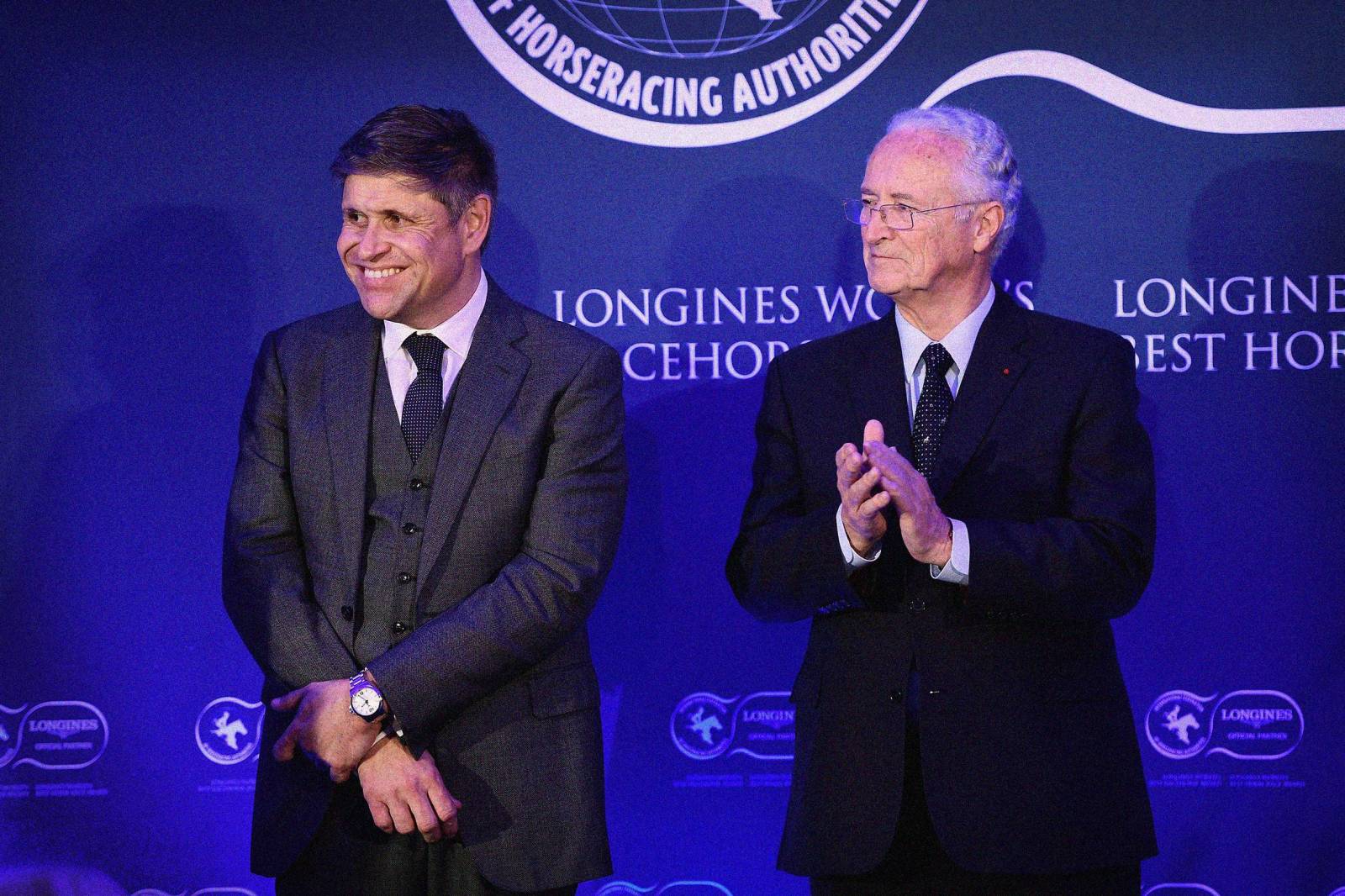 The iconic 'Longines World's Best Racehorse' and 'Longines World's Best Horse Race’ were held in London, more specifically in the very exclusive setting of Claridge's, in the heart of Mayfair. Claridge’s? The stage was set, and this elegant setting - an art deco jewel boasting timeless glamour - set the tempo. It was even possible to forget the biting January wind that stretched its greyness through the streets of London. The ceremony would soon begin. But before the festivities commenced, H Equestrian Passion had the privilege of sharing a moment with Juan-Carlos Capelli, Vice President of Longines and Director of International Marketing, and Louis Romanet, President of the IFHA.

This partnership between the IFHA and Longines dates back to 2013, and it has a long-term purpose. Its origin? "We wanted to create international rankings and link them to a partner," began Louis Romanet. "The origin of the connection between the IFHA and Longines is linked to this award concept for the best horses, which is now part of a package that we have jointly developed in a more extensive manner", he continued. Before becoming an official partner of the IFHA, Longines was already very involved in the equestrian world, especially in the racing world. "This ended up being an extension for the brand, namely, at the top level globally, to be a partner in the annual consecration of the world’s best." Juan-Carlos Capelli went on: 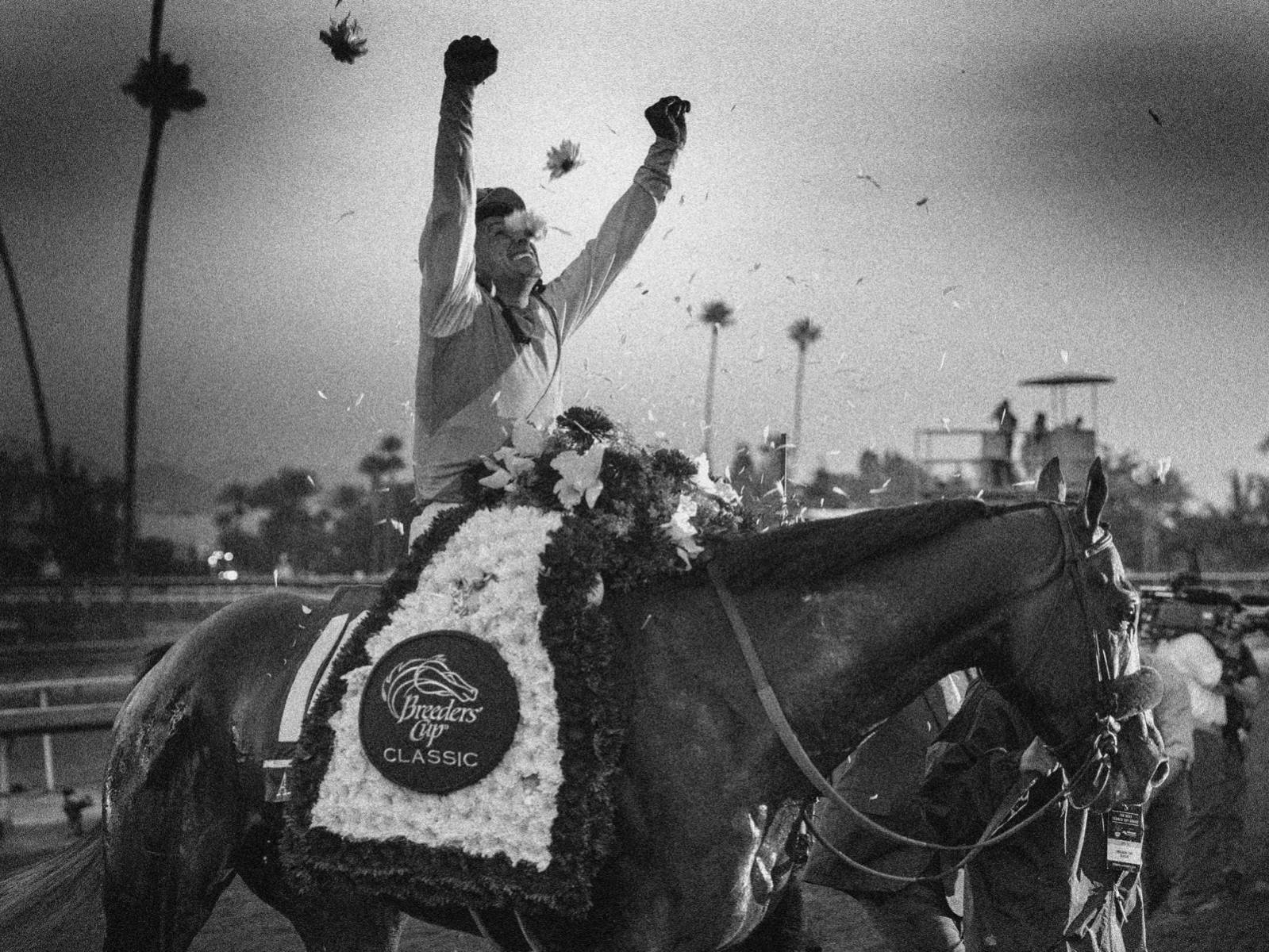 Arrogate - 2017 Longines Best World’s Racehorse Rating : 134
"Today, the horse is a fully-fledged player and is trained as a career athlete”. Louis Romanet

“Longines has been present in the world of equestrian sports since 1878, when our first engraved chronograph of a rider and its mount was developed, and therefore has a real tradition. Since then, we have distinguished ourselves in the equestrian world as partners of institutions and events in flat racing, show jumping, eventing, dressage, driving and endurance. It was therefore natural to partner with the IFHA, and little by little, we created these awards”. With very positive results, the rankings are published monthly. There is therefore a certain rivalry, which allows for accolades.

What do these rewards contribute to the equestrian world? "It brings it closer to the world of sport," said Romanet. For Juan-Carlos Capelli, "it also makes it possible to recognise real athletes, to give them an international reputation and to highlight this sport".

The pursuit of excellence

As for the values honoured through these awards, it is first and foremost about tradition for Longines. And for good reason: “Longines is a brand that has celebrated 185 years of watchmaking last year”, pointed out its Vice President and Director of International Marketing. “And what's more, the horse world, and racing in particular, represents traditional sports - dating back to the early 19th century”, he added. Then, of course, comes elegance, which forms an essential element in the makeup of the winged hourglass brand, just like the rest of equestrian sports. "Let's not forget that these are the only ones where men and women are competing at the same time, under the same conditions”, he noted. And if you're going to the races, you'll also be wearing a jacket and tie during the jumping competitions... And finally, performance is obviously an essential dimension for the Swiss watch brand. "To win a race - just like for other equestrian disciplines - you have to be as precise as a watch", he concluded.

How has the racing world evolved? Louis Romanet explains that this world has become much more democratic and has also attracted the support of various parts of the globe such as Asia. "As things stand, races are an event that brings people together”, added Juan-Carlos Capelli. "The races provide a unique emotion, and a day on the racecourse can be enjoyed by family or friends, in a friendly atmosphere that they alone share". So, in the face of this enthusiasm, what are the current expectations of a public that also drains generations of young adults – particularly during after work parties? "Seeing a beautiful show and champions, having a good time, being outdoors with people we like.” That's how the thrill of a passion can spice up the flavour of an occasion. All marked by excellence.