Intended to honor the exceptional work of women for the equestrian world, these prestigious awards were created by the Swiss watchmaking company Longines. A brilliant way to acknowledge the elegance emanating from the dedication of a career to the equestrian cause. Retrospective.

Intended to honor the exceptional work of women for the equestrian world, these prestigious awards were created by the Swiss watchmaking company Longines. A brilliant way to acknowledge the elegance emanating from the dedication of a career to the equestrian cause. Retrospective. 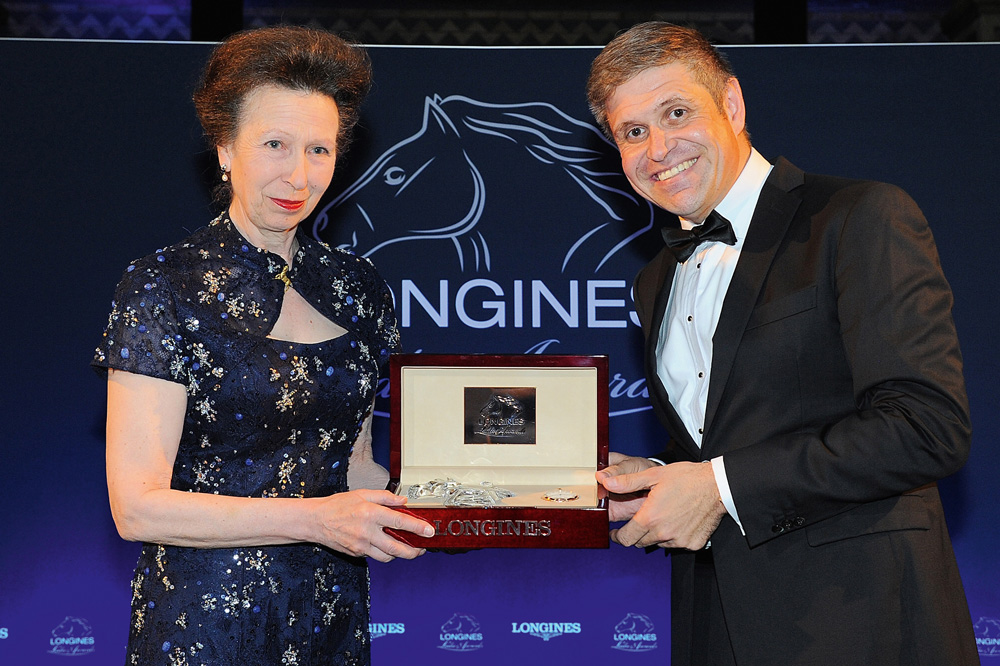 Her royal highness
Princess Anne of England receives the prestigious Longines Ladies Award from Mr. Juan‑Carlos Capelli, Longines Vice President and Head of International Marketing , at the ceremony held on June 13, 2016, at the Natural History Museum in London.

In this context, 2016 saw this honor given to Her Royal Highness Princess Anne of England, who received this prestigious award for all that she has accomplished for equestrian sports throughout her life. The ceremony took place in London against the breathtaking backdrop of the Natural History Museum last June, in the presence of a lawn full of guests made up of elites from the equestrian world, who had come to commend the merits of this outstanding rider.

As emphasized by William Fox-Pitt, holder of several Olympic medals in eventing, “the Princess has been great for this discipline. She has invested in it and greatly contributed to its development.” Lord Coe, who worked closely with the Royal Princess during her contribution to the organization of the London Olympic Games in 2012, added that this distinction was honoring “a Herculean career, both from the point of view of competition and the administrative work accomplished.” A fan of equestrian sports, “the Princess appreciates it for the right reasons. We need more people like her.” 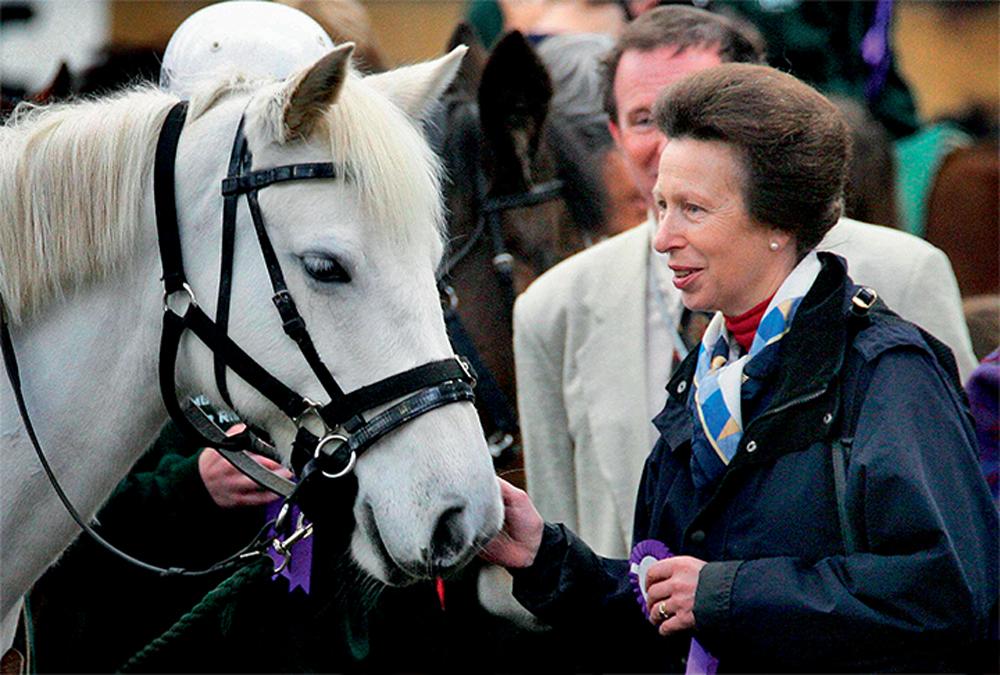 In fact, the Princess competed for several years with the British eventing team. European champion in 1971, she was elected “BBC Sports Personality of the Year” by the public in the same year, and won more medals thereafter, before being selected to participate in the Olympic Games in 1976. Her numerous victories in the saddle led her to become President of the Fédération Equestre Internationale (FEI) in 1986 and 1994, and, more recently, member of the International Olympic Committee. Presenting her with the Longines Ladies Awards, Juan-Carlos Capelli, Vice President of Longines and Head of International Marketing, declared that he was honored and proud to present this award to the Royal Princess, “for her qualities as a rider and her enormous contribution, both through her results and her work in the equestrian world.” 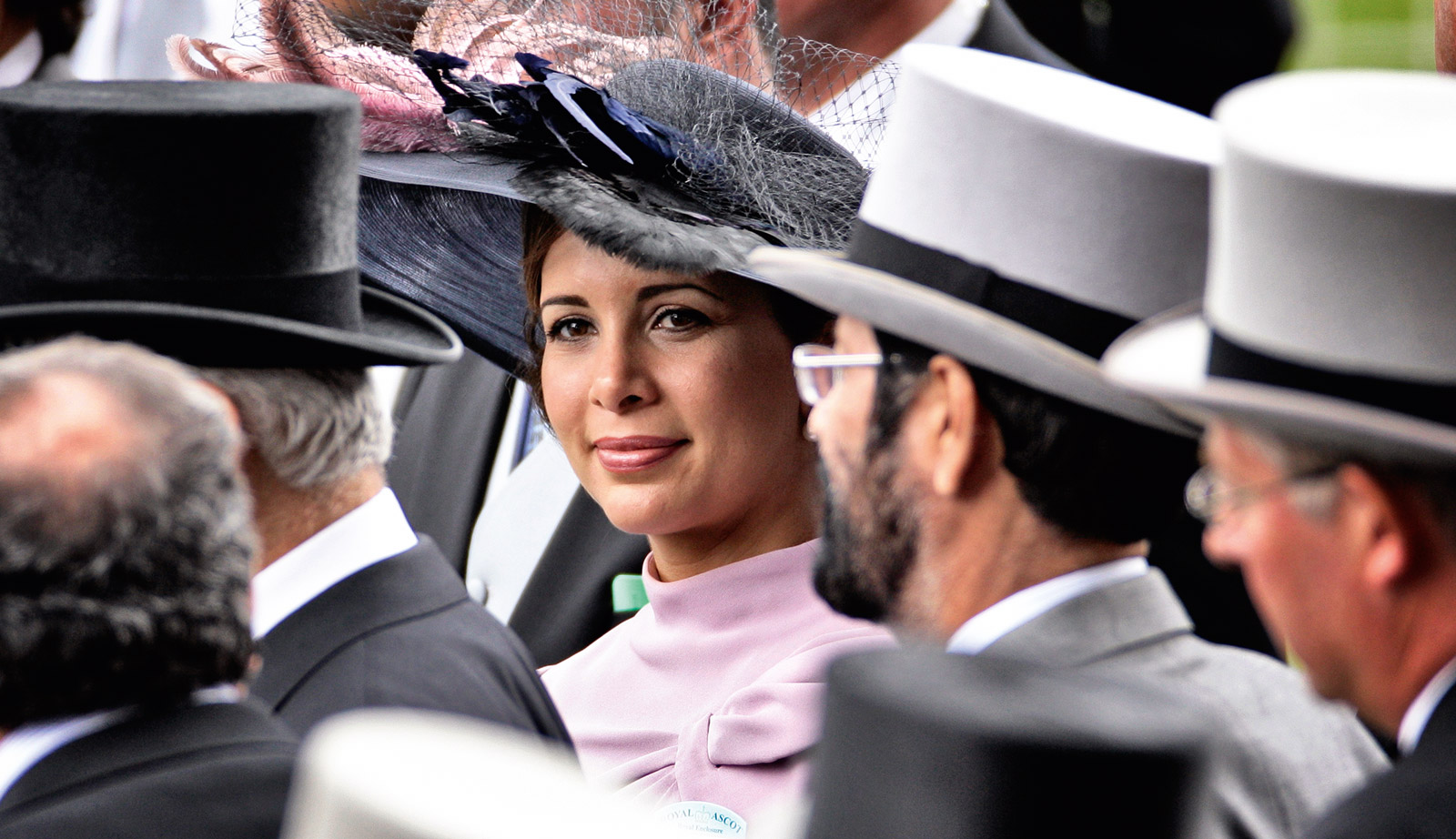 The Princess has been great for this discipline. She has invested in it and greatly contributed to its development. 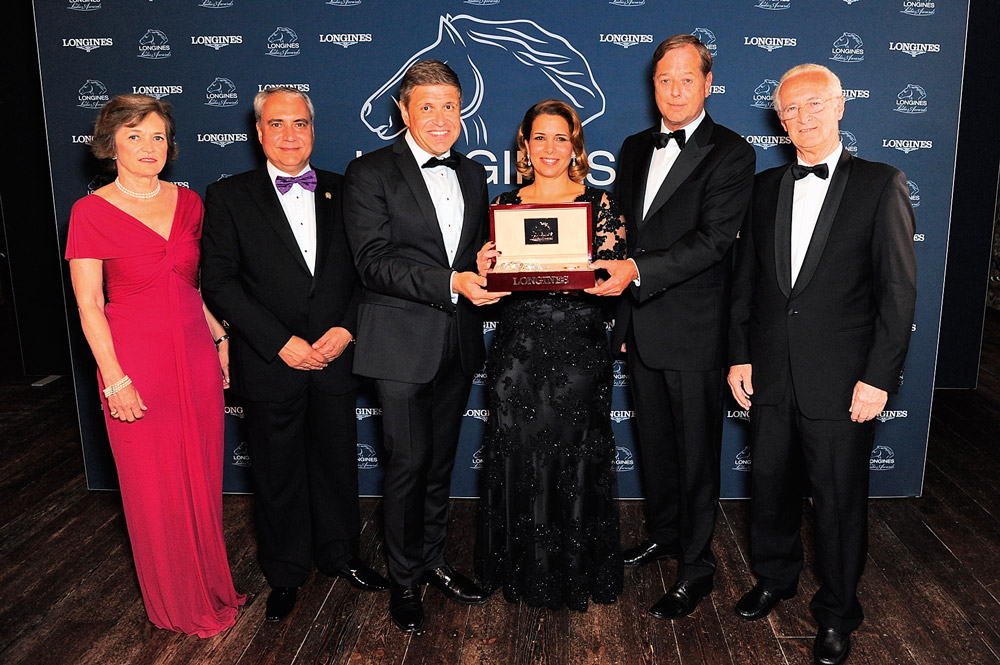 The previous year, it was Her Royal Highness Princess Haya who received the Longines Ladies Award for her remarkable elegance during competitions, her great sense of leadership, and her endless contributions to equestrian sports. A former Olympic rider in show jumping, President of the International Federation for Equestrian Sports (FEI) from 2006 to 2014, and racehorse owner, the Princess declared that for her it was “a massive honor to be the winner and the recipient of the award”, that she was receiving “on behalf of all the women” who had helped her accomplish her mission. “I have so many people to thank,” she added. “The fact is that horses bring out the best in people and it’s all about working together. Nothing that I have ever achieved have I done alone.” 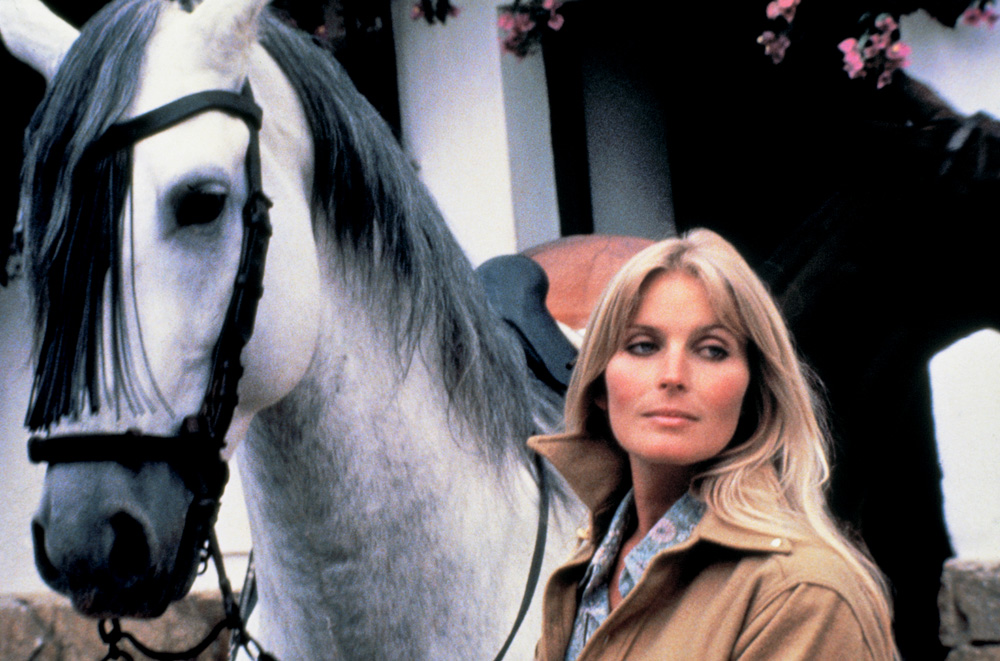 As pointed out by Ingmar de Vos, President of the FEI, “Her Royal Highness has had a profound and long-lasting effect not only on equestrian sport and all those involved in it, but also on countless women outside the sport, who have been inspired by her determination, her strength, and her integrity.” This Longines Ladies Award thus symbolizes a great tribute both to the sportsmanship and the leadership shown by the Princess. Her ability to unify people throughout the world, her elegance in her way of competing, and the way she directed the FEI were also praised.

In 2014, it was on the eve of the presentation of the Prix de Diane Longines, in the magnificent setting of the Great Stables of Condé in Chantilly, that the ceremony for the Longines Ladies Awards took place. An exceptional judging panel, lit up by the presence of Longines Ambassador of Elegance Kate Winslet, awarded four outstanding women from the equestrian world: Sylvie Robert, Criquette Head-Maarek, Jing Li, and Bo Derek. Illustrating the passion for horses shared by Longines and the recipients, these prizes recognized their respective contributions to the equestrian world.

Sylvie Robert was recognized for her contribution to the deve­lopment of equestrian sports in Europe, having organized the Longines FEI World Cup™ Jumping finals, bringing the best riders in the world to Lyon in April 2014. Criquette Head-Maarek’s award honored her contribution to the development of advanced methods in the training and care of horses. The first female trainer to have won the Qatar Prix de l’Arc de Triomphe in 1979 and 2013, she also won the Prix de Diane Longines three times, in particular in 2012 with her filly Trêve, who came in first in the Longines World’s Best Racehorse Rankings and was named best horse in the world in 2013. The third recipient, Jing Li, was commended for her contribution to the development of equestrian sports in Asia, particularly in China. She was the founder of the Longines Equestrian Beijing Masters, the first obstacle jumping competition welcoming international riders to China, organized in the Olympic stadium in Beijing. Lastly, Bo Derek was awarded for her efforts related to the promotion and protection of the well-being and safety of horses in the United States. Working closely with the Animal Welfare Institute and Ambassador of the Breeder’s Cup World Championships, her commitment was also demonstrated by her membership on the California Horse Racing Board. 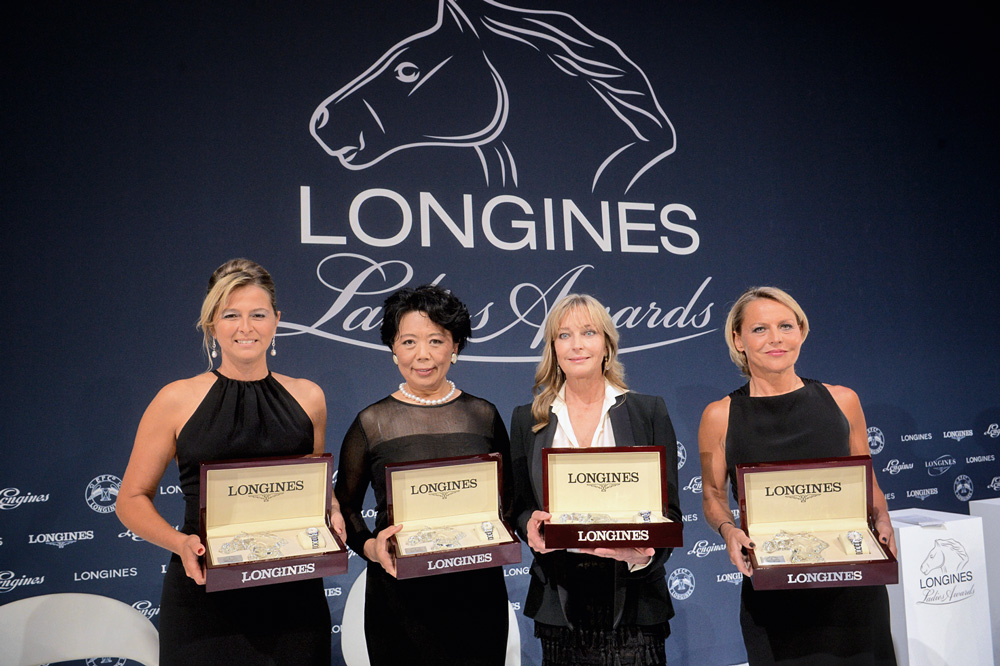 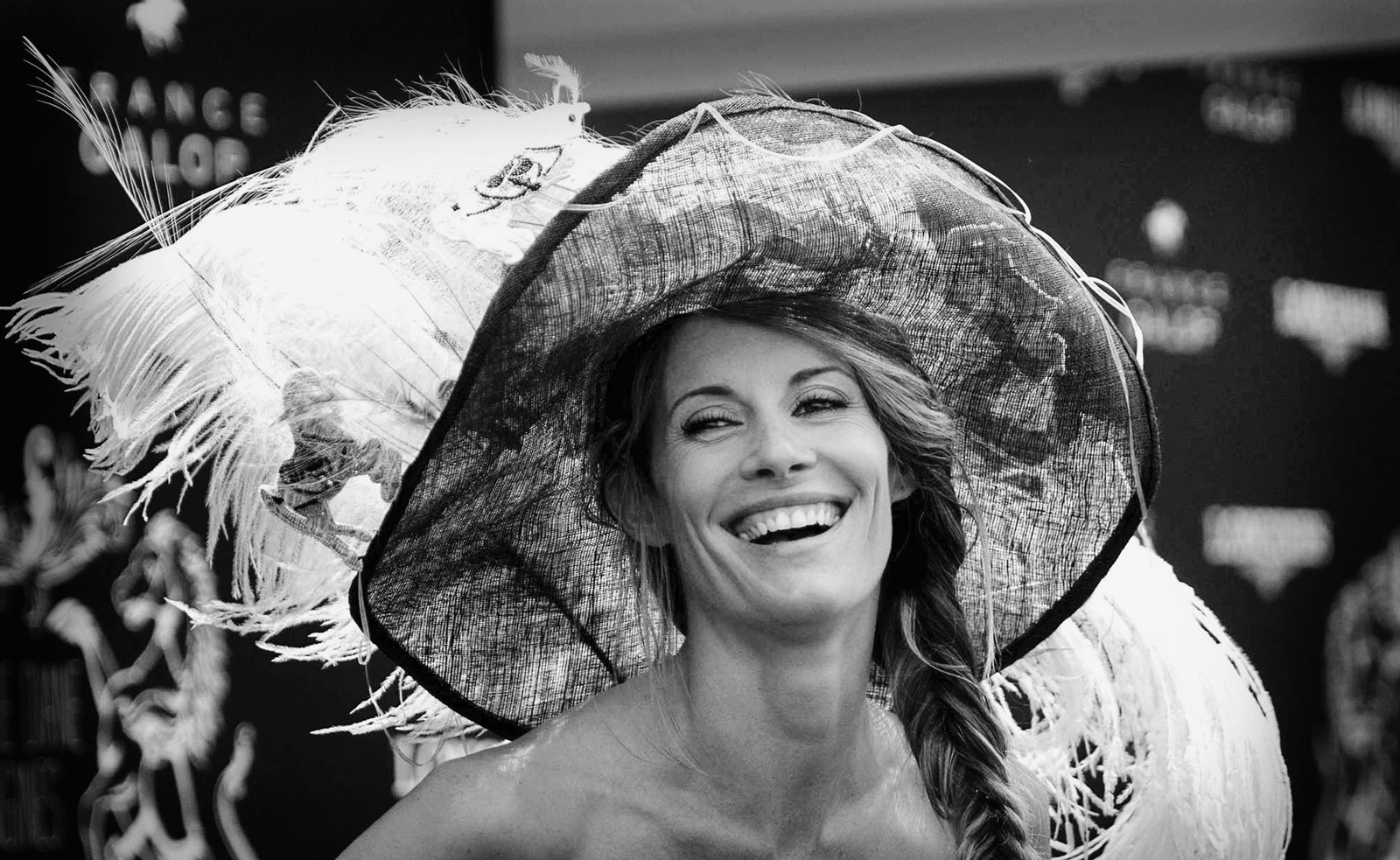 Chantilly was also the setting for the very first Longines Ladies Awards ceremony, in 2013. Three recipients received their awards there, and the structure built for the ceremony in the magnificent gardens of the Chantilly Castle was the setting for the intensely emotional occasion. The emotion was felt throughout the evening, at the gala dinner of the Prix de Diane Longines, held in its impressive galleries. And the emotion would leave its mark on each of the Longines Ladies Awards ceremonies. 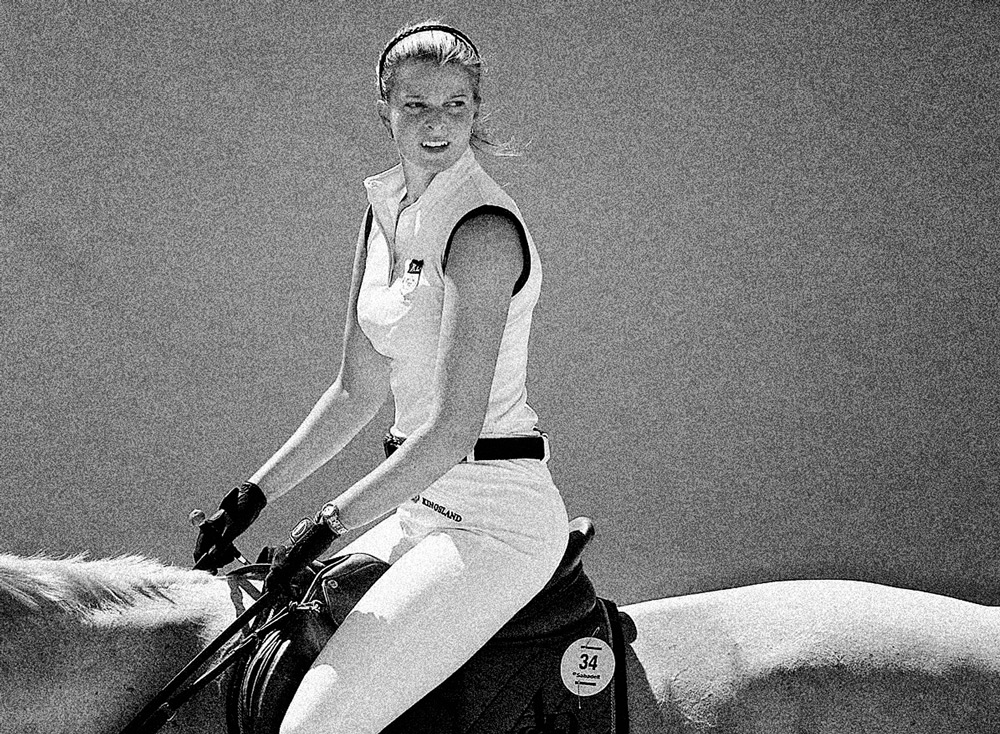 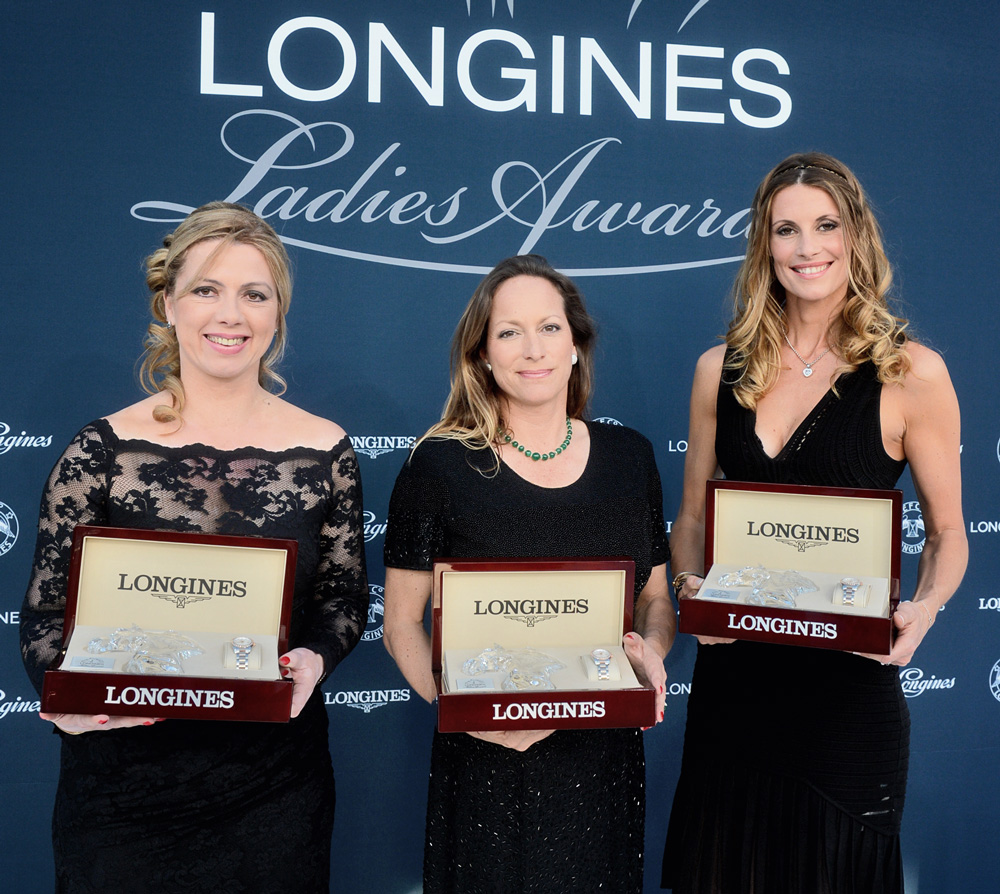 A Longines Ladies Award was presented to Princess Zahra Aga Khan for her commitment in the area of breeding. Athina Onassis de Miranda then received the same prize for her contribution to the development of equestrian sports in Latin America, in particular through the Athina Onassis Horse Show. Lastly, Sophie Thalmann was honored for boosting media coverage of the equestrian world, which she presented on television from an educational angle. It is clear that for the last four years, these awards have been a wonderful way of recognizing women who have continued to excel in the equestrian world, or who through their work have made a major contribution to its success.