Elegance is an attitude

‘Sunday 17 June’ is displayed on our smartphone when we’re woken by the first rays of the sun piercing the thick, heavily lined curtains of Tiara Château Hôtel Mont Royal Chantilly. “Dress code: dresses and hats for ladies, suits for gentlemen”, says the invitation on the bedside table. A reminder that we need to dash out of the starting gate; at eleven we have to board the coach to Chantilly Racecourse for the Prix de Diane Longines.

Elegance is an attitude

‘Sunday 17 June’ is displayed on our smartphone when we’re woken by the first rays of the sun piercing the thick, heavily lined curtains of Tiara Château Hôtel Mont Royal Chantilly. “Dress code: dresses and hats for ladies, suits for gentlemen”, says the invitation on the bedside table. A reminder that we need to dash out of the starting gate; at eleven we have to board the coach to Chantilly Racecourse for the Prix de Diane Longines. 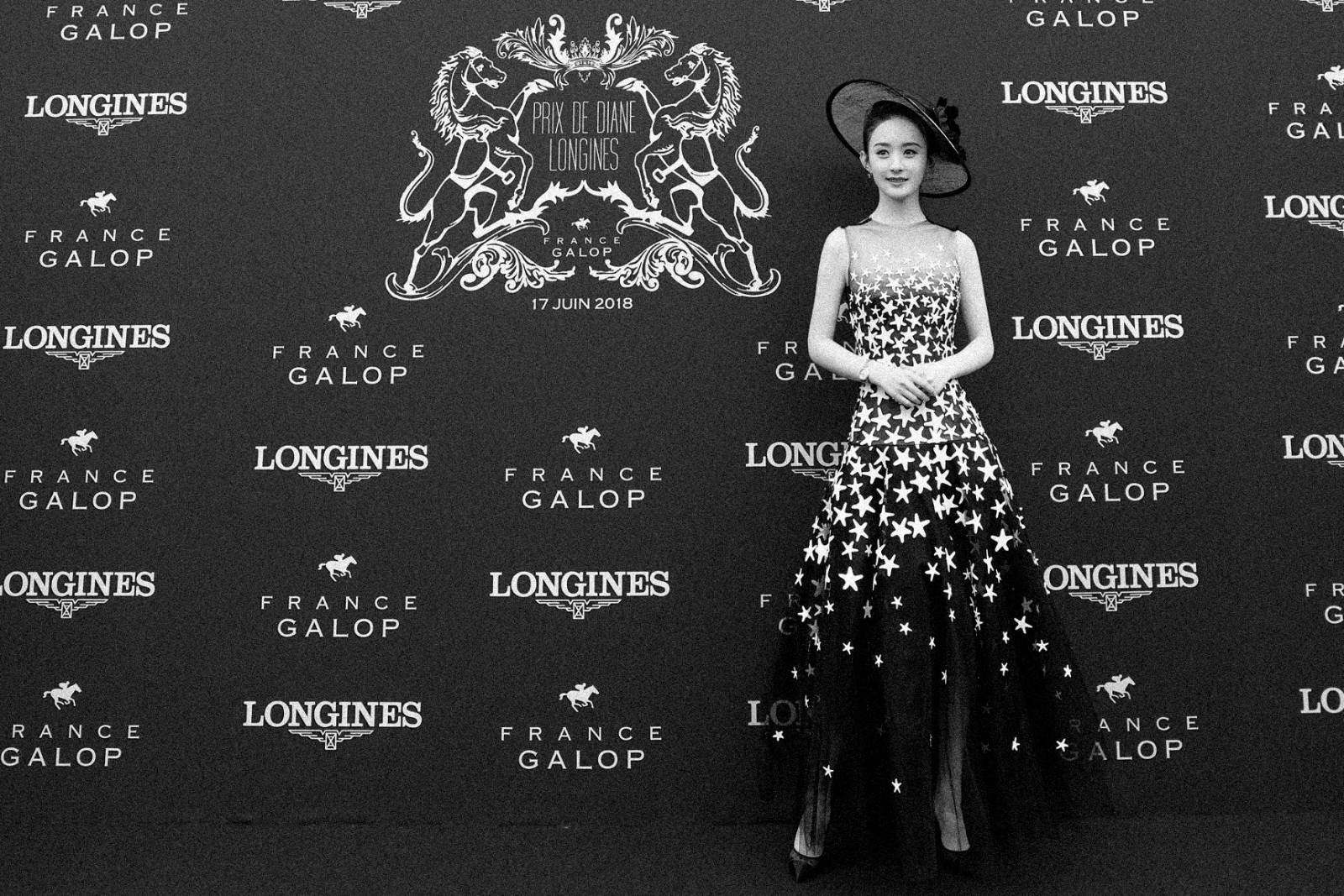 Longines Ambassador of Elegance Zhao Liying, Chinese actress, arriving at the 169th edition of the Prix de Diane Longines on June 17, 2018, of which Longines is the Title Partner, Official Timekeeper and Watch for the 8th time.

See and be seen

Ankle-length and short dresses, wide-brimmed hats and fascinators. Having driven five kilometres from the hotel, the stylish party alight from the coach to take their seats in a row of carriages. A ‘surprise transfer’ organised by Swiss watchmaker Longines, the sponsor since 2011, official timekeeper and supplier of the official watch for the Prix de Diane Longines. Each pulled by three horses, the coaches cover the final few kilometres to the Tente France Galop (the Longines VIP tent) at the racecourse. We make our entrance in style.

A security guard signals to us to stop. Something is happening... My word, a classic MG is approaching with none other than Chinese actress Zhao Li Ying, Longines ambassador since November, in the passenger seat. Her fans in the crowd go crazy, they jostle for a photo and call out her name. With sixty million followers on Chinese platform Weibo, Li Ying doesn’t know which lens to look in first. 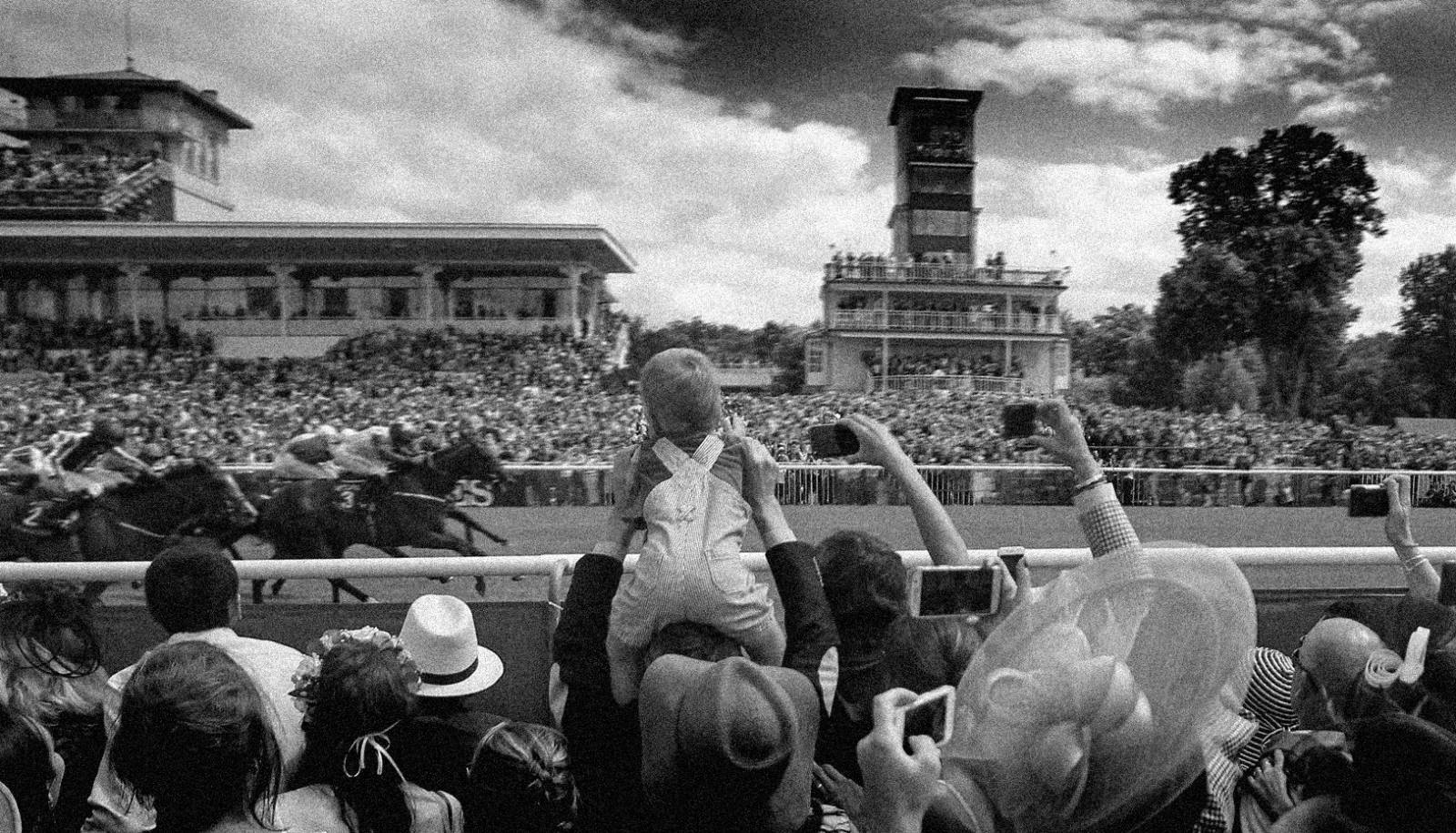 A picnic on the lawn at Chantilly Racecourse... one of many possible pastimes at the Prix de Diane Longines. Even here, only spectators respecting the dress code – complete with hats – are allowed. A scene that would make Edouard Manet’s mouth water. Déjeuner sur l'herbe 2018-style, you could say. While spectators from all over the world are picnicking outside, Longines’ 700 guests take their seats in the VIP tent for a delicious lunch. Walter von Känel, CEO of Longines since 1988, regularly takes the floor to highlight the Record collection – the official watch of the race – and announce the winners of the fashion show in the tent. Like every year, a jury from Longines chooses the most elegantly dressed lady from among the guests. This year, Michaela Söderholm, Miss Finland 2017, won first prize, a Record ladies watch.

Outside on the race ground, every year, ladies compete for first prize in another fashion competition. Each year more than 400 entrants parade on the podium in the heart of the Diane village for the ‘Mademoiselle Diane par Longines’ prize. Hats, dresses, accessories, everything comes into play as they blow the jury away with their style, spirit and creativity. 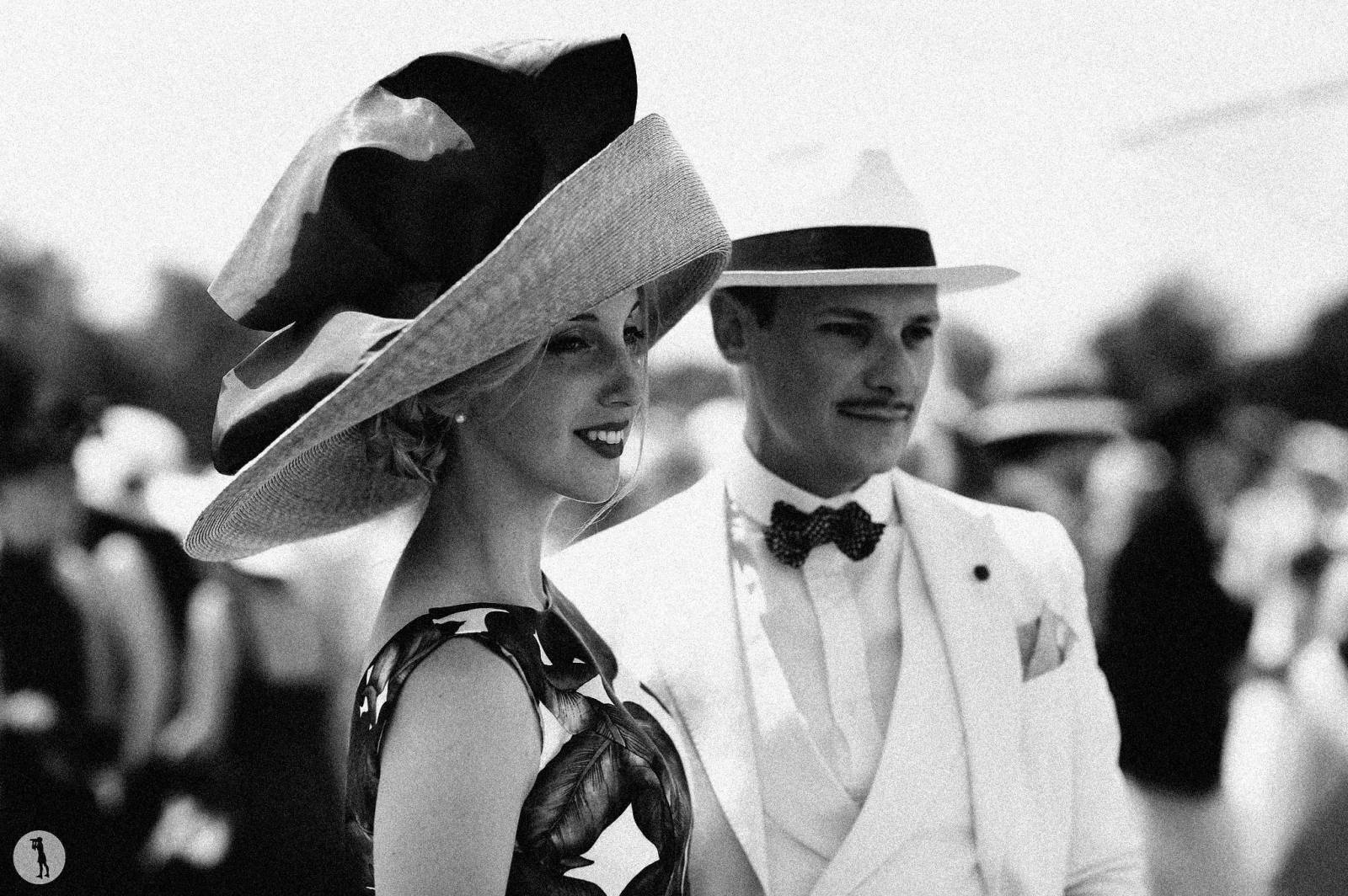 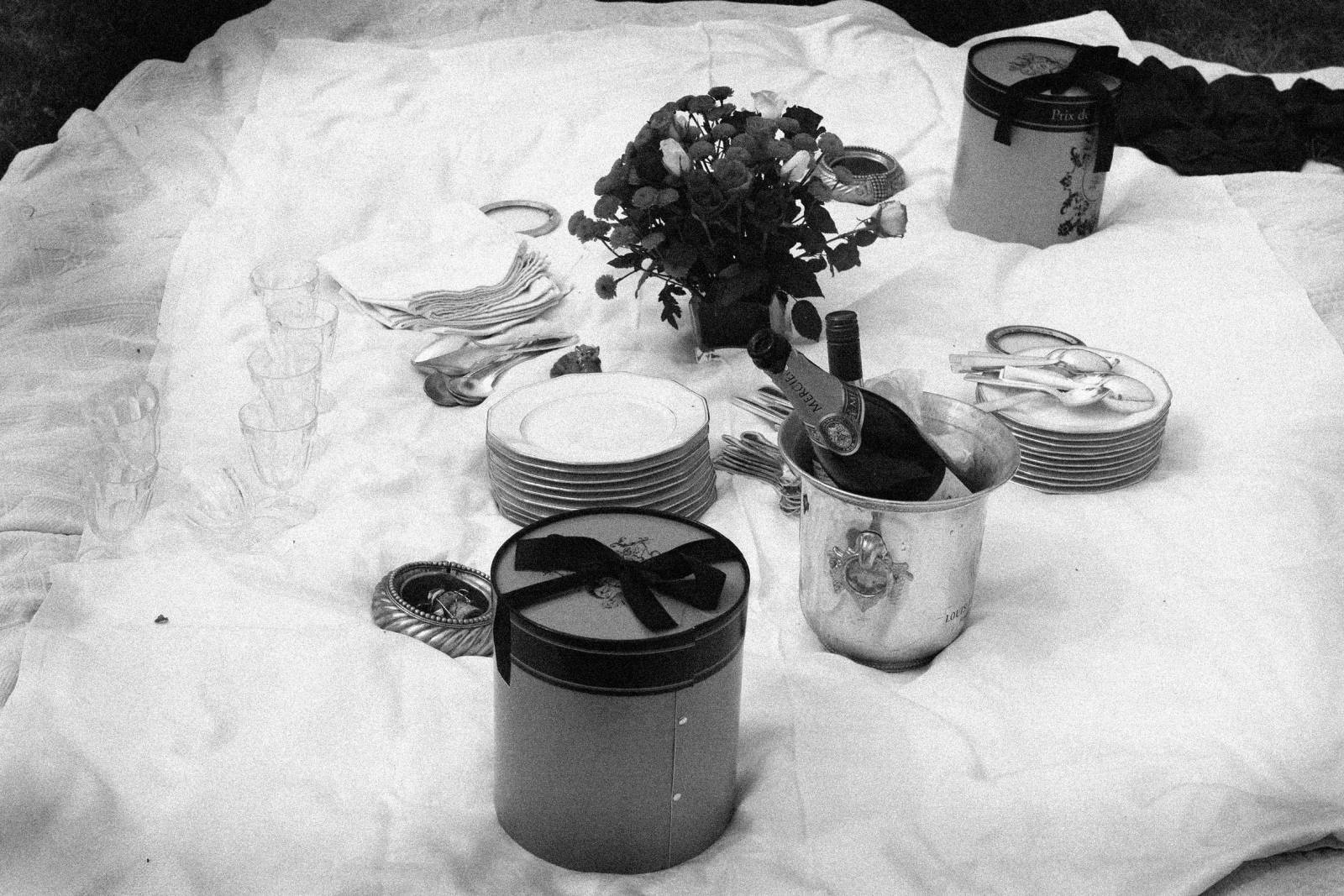 This year, Sophie Thalmann, former Miss France and TV presenter, had the difficult job of choosing the woman who is the ultimate embodiment of femininity. Johanna Contremoulins caught the eye of the jury. She not only won the right to bear the title of 'Mademoiselle Diane par Longines 2018’ for the next year, she also received lots of gifts, including a magnificent Longines Record watch, the official watch of the 169th edition of the Prix de Diane Longines. The Record collection combines classic elegance with excellence and is to spearhead the brand in future. This automatic watch also contains a COSC certified chronometer movement. In addition, for the very first time, this year Longines invited spectators to discover the various collections in its shop in the heart of the Diane village. 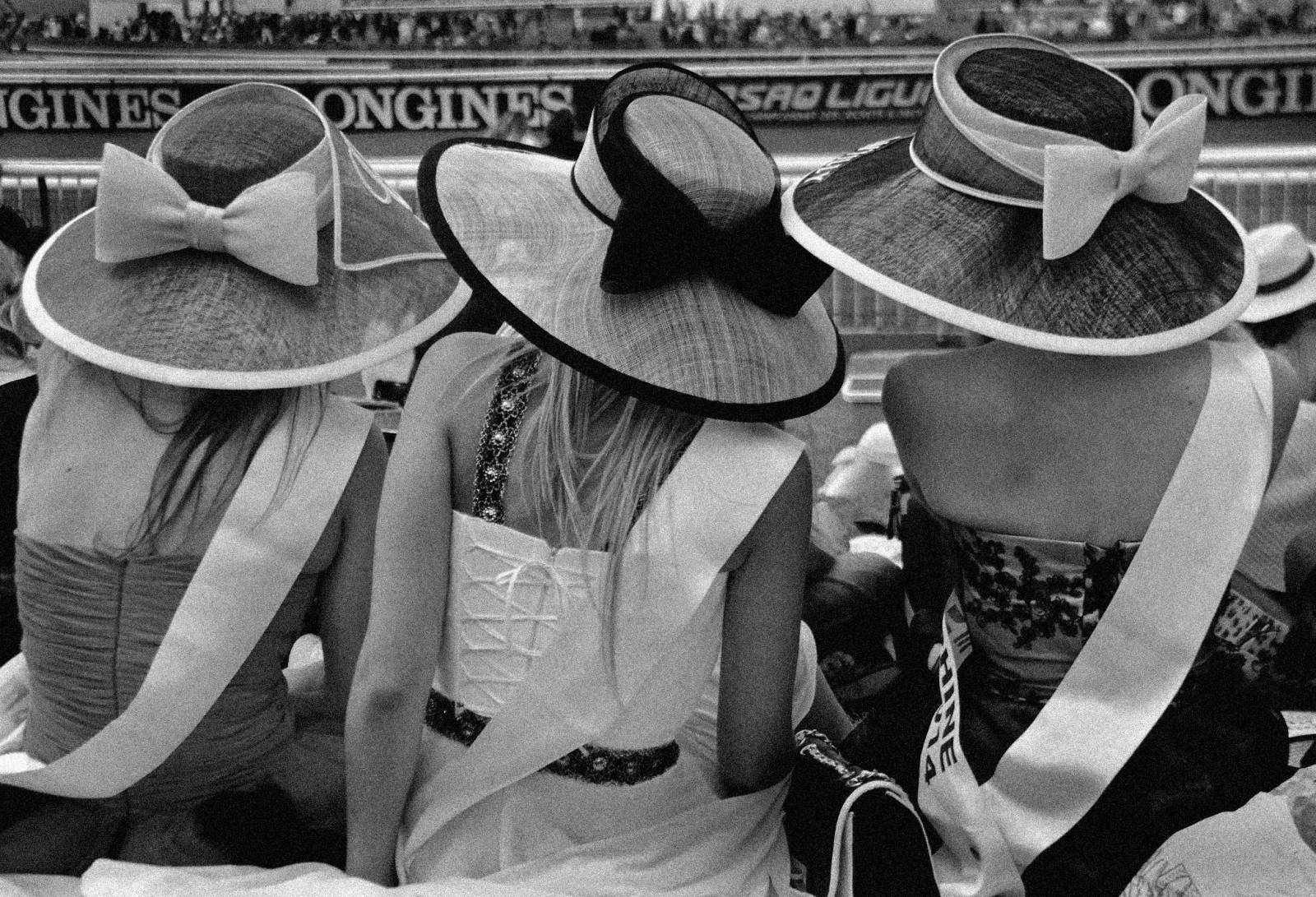 With all the attention on elegance, dress code and hats, we’re in danger of forgetting what it’s all really about. Of course, the Prix de Diane Longines is all about horses. Of the more than five thousand births registered each year in the horse world, only the top twenty most talented three-year-old fillies run in the prestigious 'Prix de Diane Longines’ in June. The Group 1 flat races (the highest category of races) are run over a 2,100 metre course against the backdrop of the chateau of Chantilly, reconstructed in the 19th century, and the royal stables; also called the ‘Great Stables’. Under the gaze of more than 40,000 spectators, the horse Laurens ridden by American jockey Patrick McDonald won first prize. Laurens’ owner, trainer and jockey were presented with an elegant Record watch by Longines Ambassador of Elegance, Zhao Li Ying. 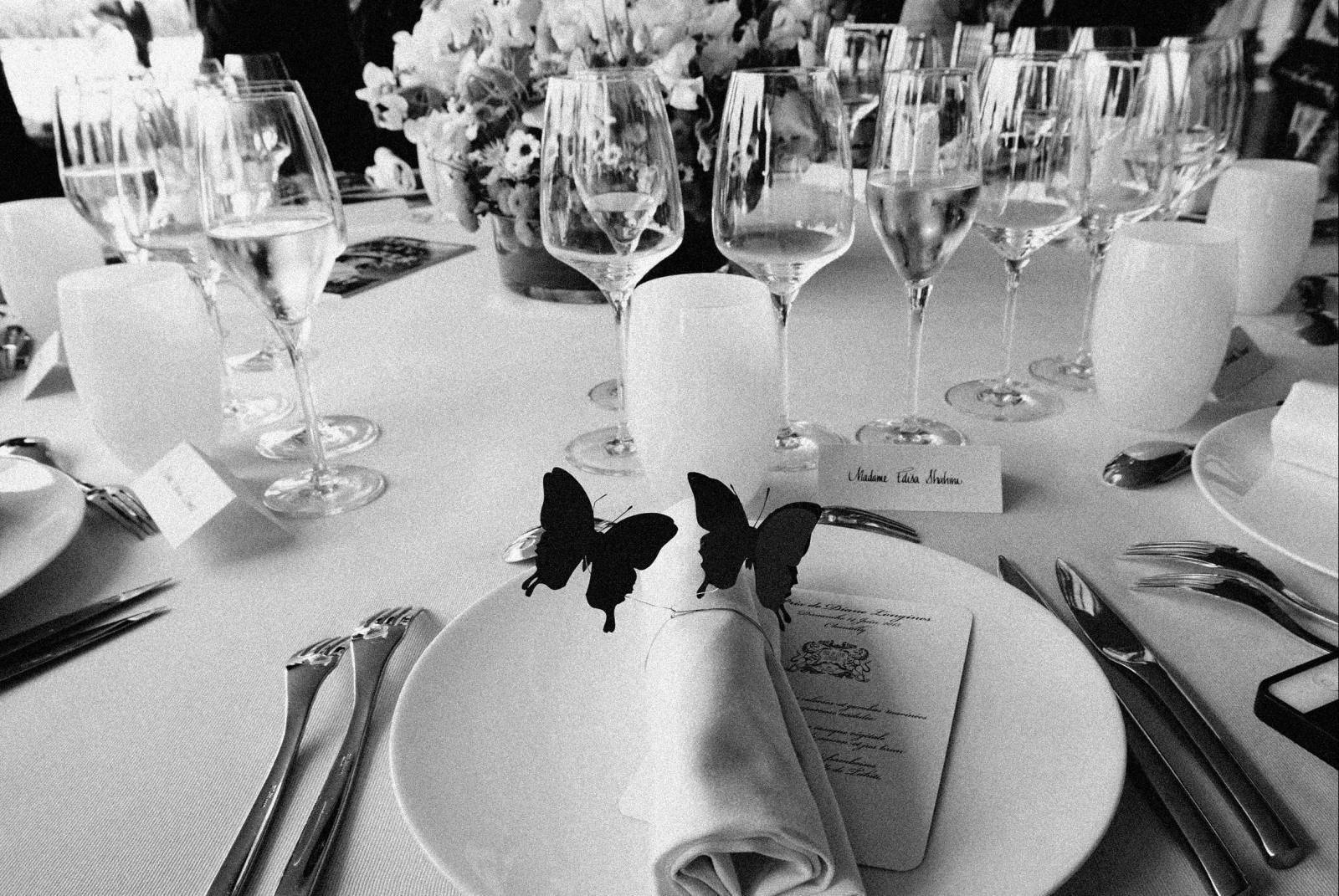 On the eve of the race, Longines – whose history has been associated with the horse world for more than 140 years – invited us to the opening of the 'Painting the Races' exhibition in the Salle du Jeu de Paume at Chantilly. This exhibition runs until 14 October 2018 in the Domaine de Chantilly and allows spectators to discover works of art on the theme of horseracing from the late 18th to the late 19th century. You are sure to be fascinated by works from famous names such as George Stubbs, Théodore Géricault and Edgar Degas.