The prancing horse on the Ferrari crest has been the brand's logo for decades. The man who inspired the logo did not frequent race tracks though; he was a war hero and a horse riding enthusiast. This is the story of a hero who fell for his country and a resurrected horse.

The prancing horse on the Ferrari crest has been the brand's logo for decades. The man who inspired the logo did not frequent race tracks though; he was a war hero and a horse riding enthusiast. This is the story of a hero who fell for his country and a resurrected horse. 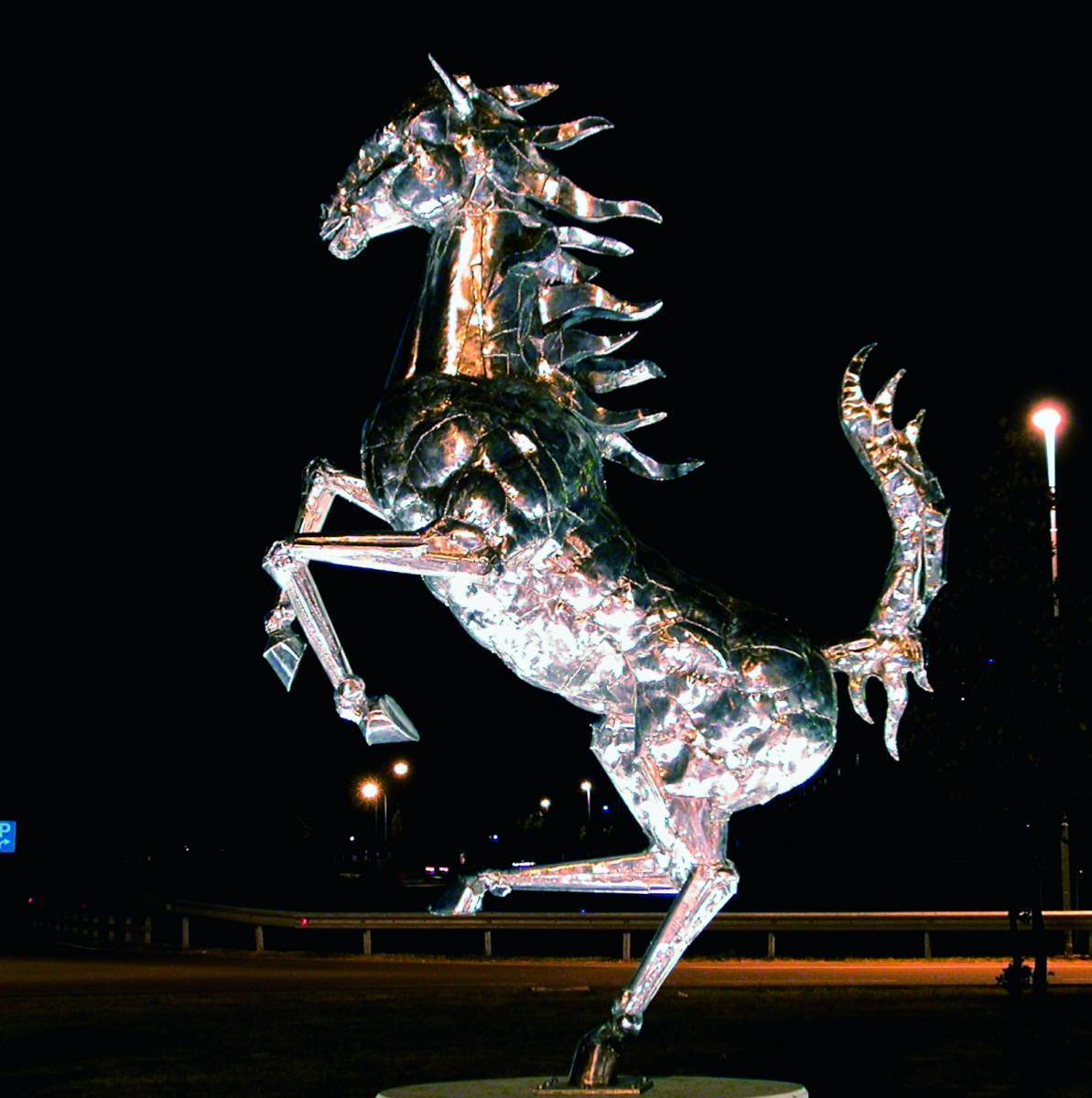 Count Francesco Baracca has everything a hero in Italy could have. A museum dedicated to him. Monuments erected in his memory. Several streets and squares named after him. Glory and honour which were rightfully gained since during his brief career, this man from a well-to-do family and distinguished fighter pilot in the air force, shot down no less than 34 enemy aircraft - hence the nickname “ace of aces”.

Baracca was however a horse rider before being a pilot. Born in 1888 in Lugo di Romagna, the son of a rich landowner, he attended a private school in Florence and continued his education at the Military Academy of Modena where he indulged in his passion for horses. In 1910, he joined the prestigious Piemonte Reale Cavalleria regiment and excelled in various equestrian competitions. One day, he attended a flight demonstration at Rome-Centocelle airport and was immediately hooked. Chance would decide his destiny: the count went on to become a pilot! 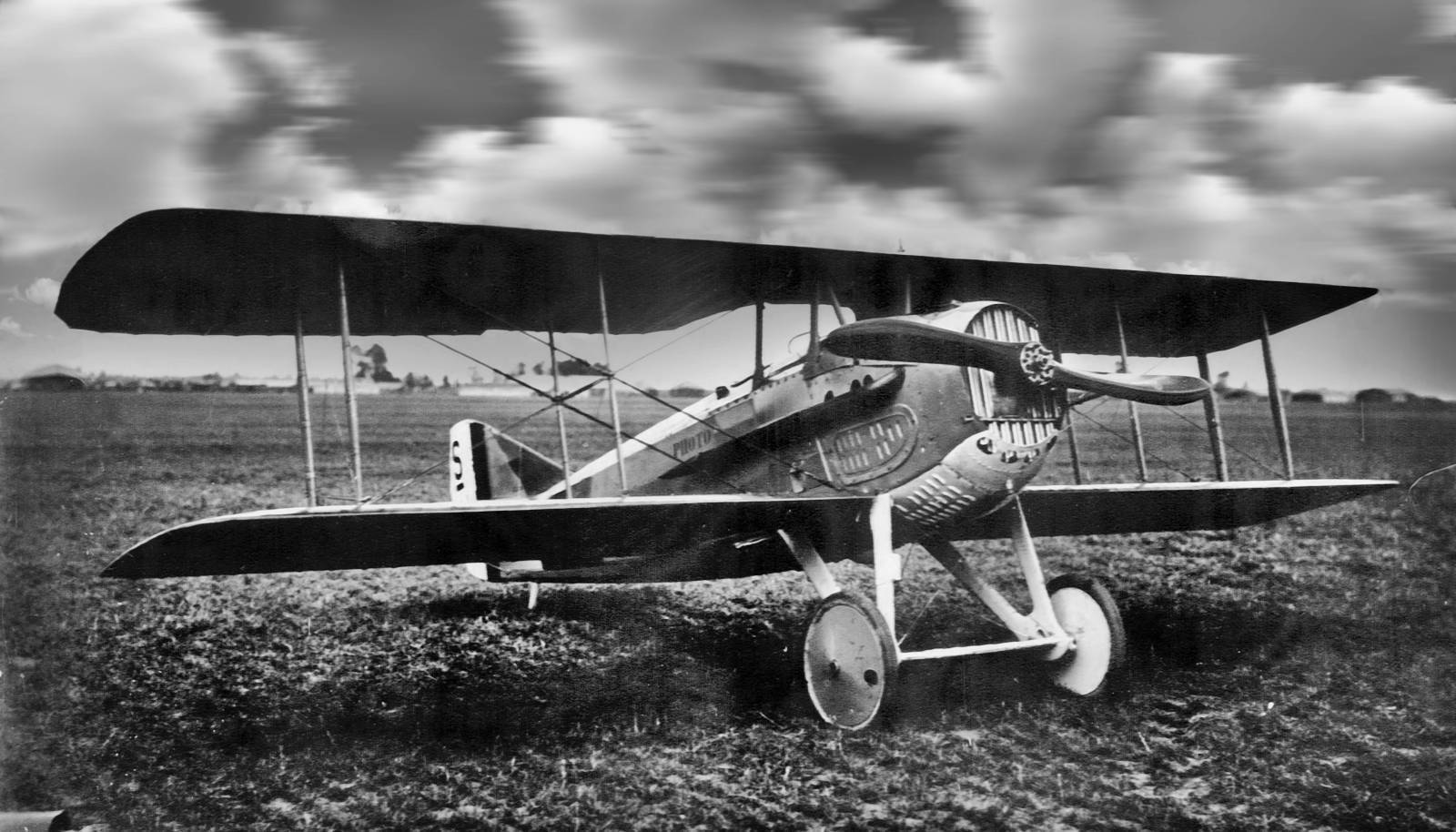 It appeared for the first time on 9 July 1932 in Belgium, at the 24 Hours of Francorchamp, which was won that year by Antonio Brivio and Eugenio Siena in an Alfa Romeo 8C-2300 LM. Brivio, who was also a world bobsleigh professional, would go on to win the Targa Florio twice and the Mille Miglia once. Siena came second in the 1934 Mille Miglia, with Tazio Nuvolari.

The young Baracca took flying lessons in Reims and obtained his pilot licence on 9 July 1912. He was quickly assigned to the Battaglione Aviatori and joined the 5th and 6th Squadriglie. He was finally ready to serve his country. Italy, however, kept its distance after the outbreak of the First World War and did not join the fighting until May 1915. Baracca was assigned to train in Nieuport 10 two-seat reconnaissance aircraft, but the latter were no match against the Austro-Hungarian raids. They lacked speed and were slow to gain altitude. As a result, the frustrated pilots often took off without scouts - not that it made much difference to their effectiveness however.

A new model was introduced in April 1916: the single-seat Nieuport 11 equipped with a Lewis machine gun and designed by engineer Gustave Delage - who would later specialise in precision mechanics and take the helm at the Jaeger watchmaking factory (future Jaeger -Le Coultre). This new airplane proved far superior and allowed Baracca to achieve his first aerial victory on 7 April - as well as the first victory for the Italian military air force. 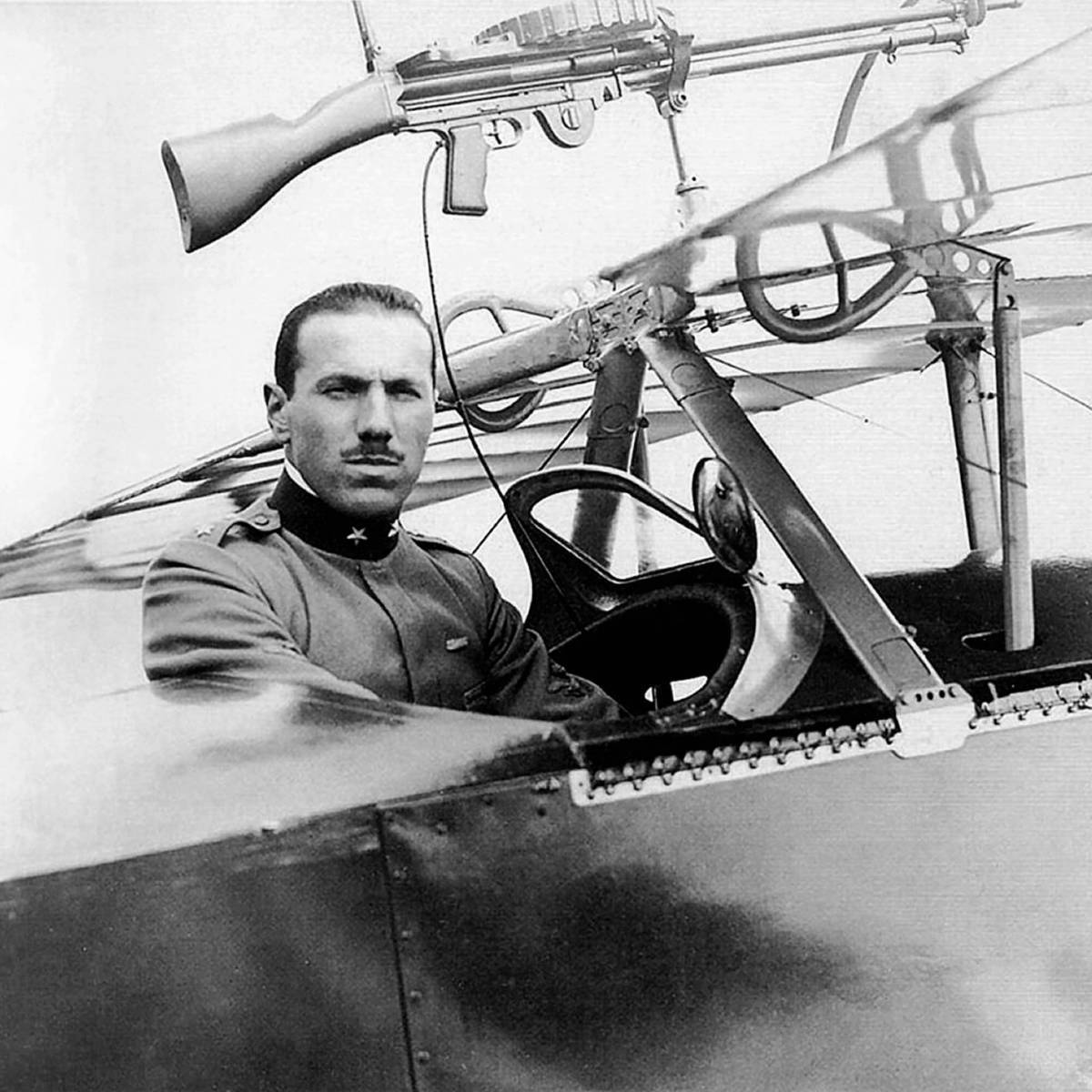 Around the same time, Baracca had his personal emblem painted onto the side of his Nieuport 17: a black prancing horse as a tribute to his former cavalry regiment. This emblem and the mastery that Baracca displayed in the air earned him the nickname "The Cavalier of the Skies" among his teammates. Baracca already had the makings of a national hero when he was posted on 1 May 1917 to the 91st Squadriglia, known as the “Squadron of the Aces” where he quickly showed a preference for the SPAD VII, a highly manoeuvrable French aircraft with which Georges Guynemer would also accumulate a string of victories. The plane, equipped with a Hispano-Suiza V8 engine designed by Swiss engineer Mark Birkigt, was perfectly suited to his favourite tactic: approaching the enemy from behind, at low altitude, until the aircraft was within range.
Despite his many successes, Baracca always maintained a chivalrous attitude; he regularly visited his victims in hospital or put flowers on their graves. At the end of 1917, with thirty victories to his name, he was awarded the Gold Medal of Military Valour by King Victor Emmanuel III at a ceremony in La Scala.

The Italian airmen gained confidence and undertook to strafe troops on the ground by flying at low altitude. On 19 June 1918, after 34 victories, Francesco Baracca did not return to his base after a mission to Montello. His body was not found until four days later, next to the wreck of his SPAD VII. He had a bullet wound in his head and was still holding his gun in his hand. His death prompted much speculation: according to the Austrians, Lieutenant Arnold Barwig shot down his plane and Baracca shot himself in the head so as not to fall into the hands of the enemy. Other sources allege that he was reportedly shot down by artillery units. 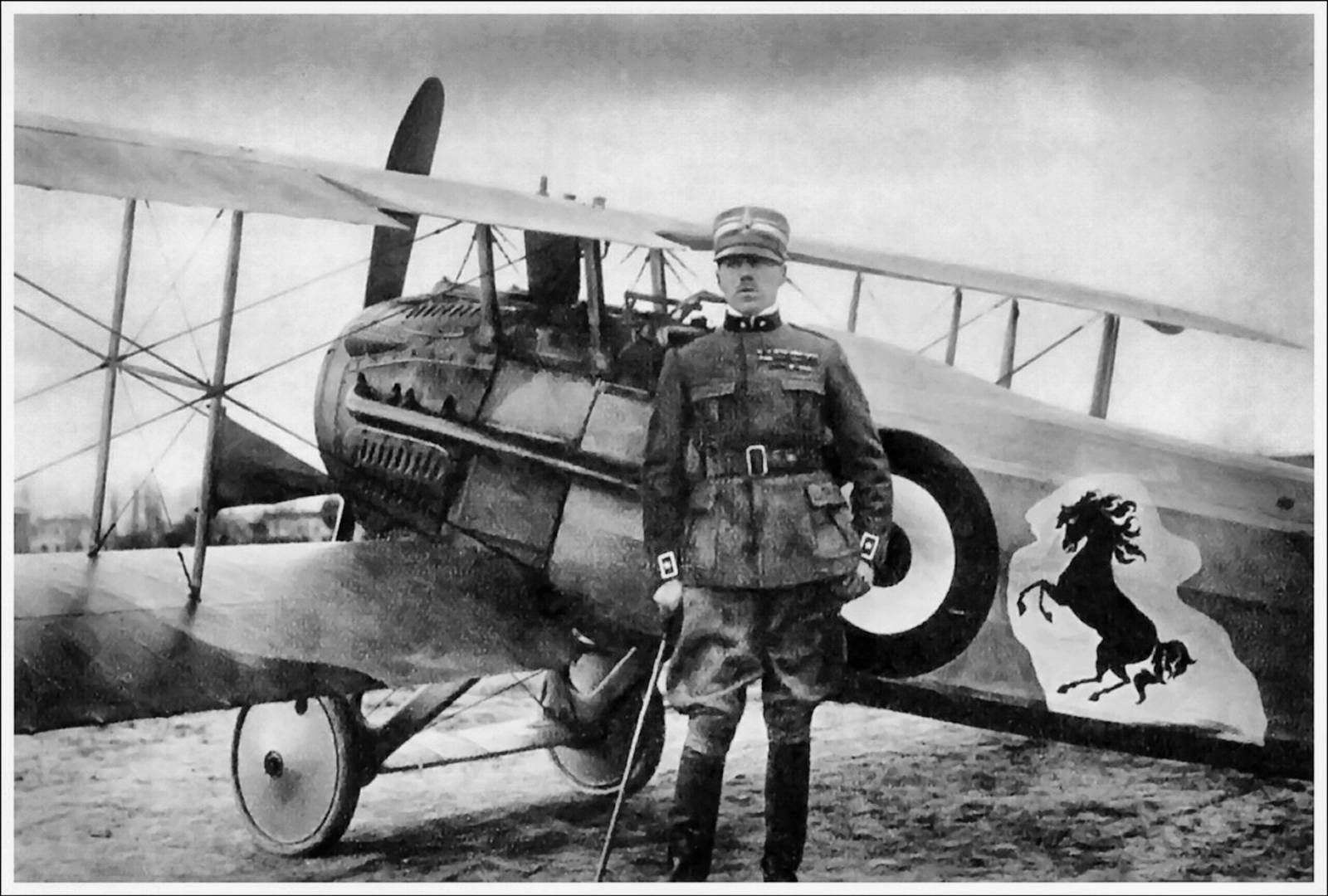 When Enzo Ferrari won his first Grand Prix (the Targo Florio) on 17 June 1923, alongside mechanic Giulio Ramponi in an Alfa Romeo RL on the Circuito del Savio in Ravenna, he was visited by Count Enrico Baracca - whom he had met shortly beforehand in Bologna. His wife, Countess Paolina Biancoli, allowed him to use the emblem of her son killed in battle on his racing cars - to bring him luck.
“I still have the picture of Baracca, signed by his parents," wrote Enzo Ferrari in 1985 - adding that the emblem of the black horse remained unchanged. Ferrari only changed the background colour, replacing the white with yellow, the colour of Modena.

Enzo Ferrari saw his reputation as pilot soar in the 1920s. He joined Alfa Romeo and became its team manager. He retired in 1932 after the birth of his son Dino. In 1929, he formed his own team, Scuderia Ferrari, racing in Alfa Romeos. Baracca’s prancing horse did not figure on his first vehicles. It appeared for the first time on 9 July 1932 in Belgium, at the 24 Hours of Francorchamp, which was won that year by Antonio Brivio and Eugenio Siena in an Alfa Romeo 8C-2300 LM. Brivio, who was also a world bobsleigh professional, would go on to win the Targa Florio twice and the Mille Miglia once. Siena came second in the 1934 Mille Miglia, with Tazio Nuvolari. 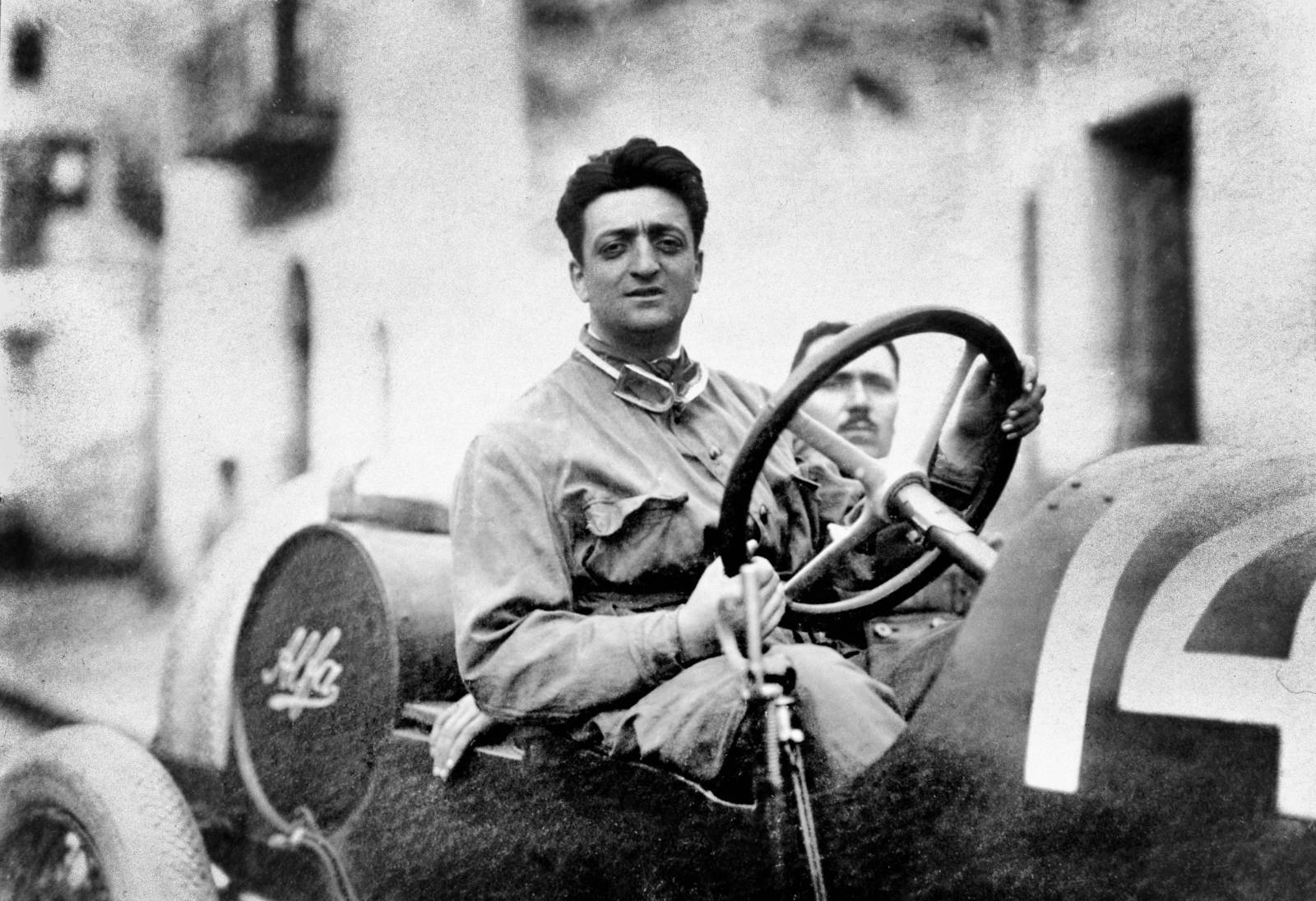 Enzo Ferrari starting manufacturing cars in 1947; now each car bears Baracca’s emblem. Some purists in the equestrian world consider this emblem to be unrealistic: a horse that rears up cannot lift its tail... Francesco Baracca, an experienced horseman, was certainly aware of this: old documents prove that he had originally drawn his horse with the tail down.

It is also worth noting that the prancing horse also figures on the Porsche logo. It is a miniature version of the coat of arms of the city of Stuttgart - whose original name, Stuutengarten, means stud farm or garden. Some say that Francesco Baracca copied this horse from the coat of arms on the fuselage of a German plane that he allegedly brought down. A custom that was common at the time once pilots reached the status of "ace" (after the 5th enemy aircraft was shot down).