The revival of a legendary car

the first post-war Rolls-Royce, built between 1946 and 1959, has made a number of appearances on screen to become, in its day, the favourite among the royals. It was during the course of his real estate work that Michel Colatruglio discovered this beautiful English vehicle in the garage of a property in the Swiss canton of Vaud. A car that was once used to drive Winston Churchill and other famous personalities.

The revival of a legendary car

the first post-war Rolls-Royce, built between 1946 and 1959, has made a number of appearances on screen to become, in its day, the favourite among the royals. It was during the course of his real estate work that Michel Colatruglio discovered this beautiful English vehicle in the garage of a property in the Swiss canton of Vaud. A car that was once used to drive Winston Churchill and other famous personalities. 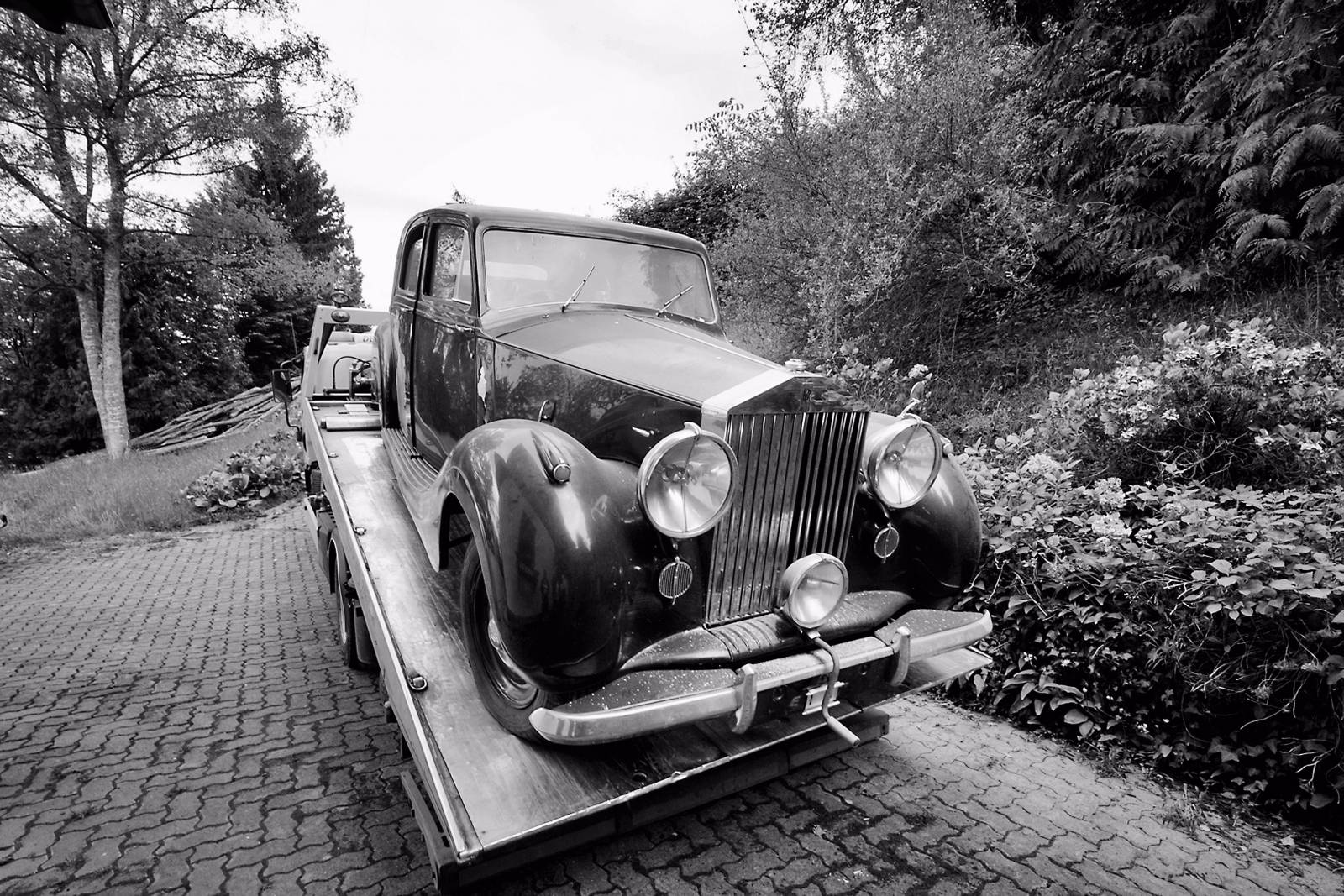 The Rolls-Royce company, created in 1904 by the meeting of two men with complementary talents, engineer Henry Royce and aristocrat Charles Rolls, has always been synonymous with distinction, refinement and exceptional quality. Its famous slogan Best car in the world reflects the requirement and principle stipulated by Royce: «Strive for perfection in everything you do». And that’s putting it mildly when we look at the 1946 Silver Wraith, which slowly rose out of the ashes since it was discovered by Michel Colatruglio in Glion sur Montreux on 9 April 2014. After undergoing massive restoration work at the expert hands of David Twaites from the garage Restocar in Chailly sur Montreux, it has entered its final facelift stage at the time of writing these lines. 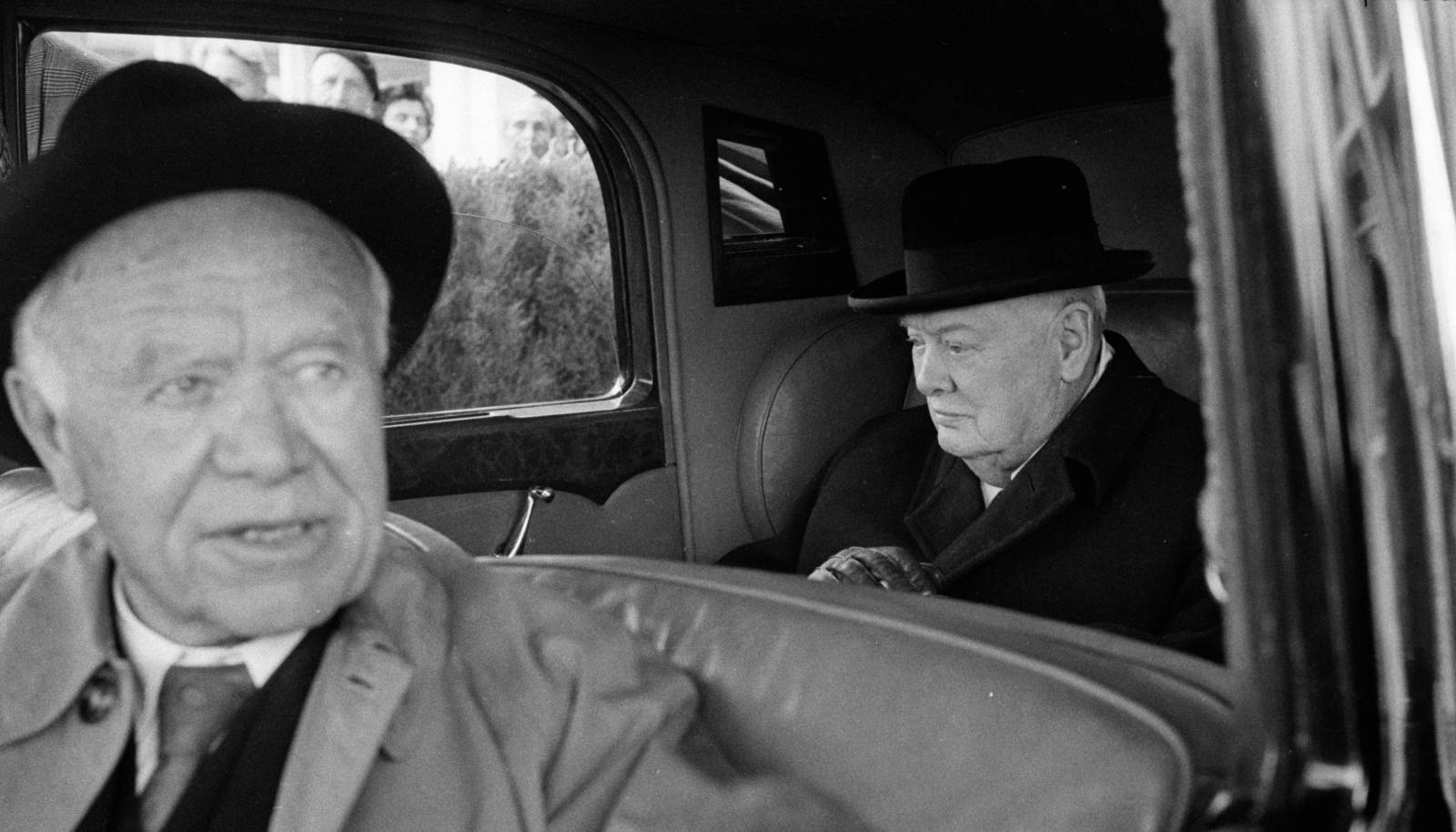 Best car in the world reflects the requirement and principle stipulated by Royce: «Strive for perfection in everything you do»

Intrigued by the discovery of the sleeping beauty, Michel Colatruglio - meanwhile the 3rd owner of the vehicle - contacted the Rolls-Royce Club in London, which manages the company’s archives, and sent it the information necessary to authenticate the car. «The engine number corresponded to the chassis number, and all the parts were original. I then wrote to the Automobile Service in Geneva to obtain a duplicate of the driving license cancelled on 29 October 1980 and the certification that the car had indeed belonged to Emery Reves», he confides.

But who exactly is Emery Reves? Originally Hungarian with a degree in political economics from the University of Zurich, he founded two publishing companies in Paris and London as of 1930, which became vantage points for observing international events. Despite his publications condemning Nazism, he managed to escape the Gestapo three times. In 1937, he became friends with Winston Churchill to distribute his articles and become his literary agent. Following the appointment of the latter as Prime Minister, Reves left France and moved to New York in 1941, where he participated in British propaganda and worked as a journalist, an activity he pursued in Europe after the war.

He made a fortune by negotiating with publishers and magazines the publication rights to the memoirs of great war leaders such as Montgomery, Eisenhower and of course Churchill. 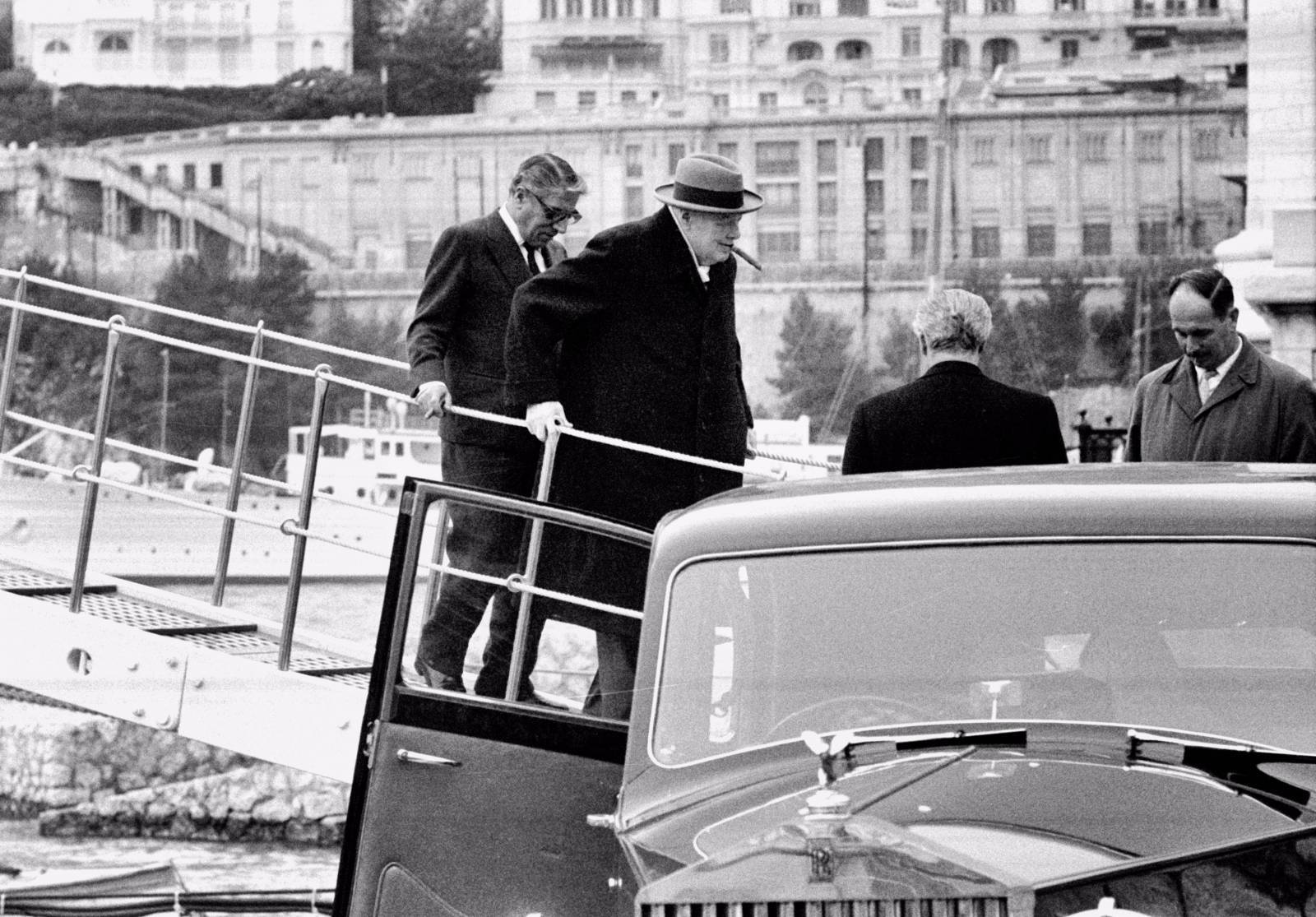 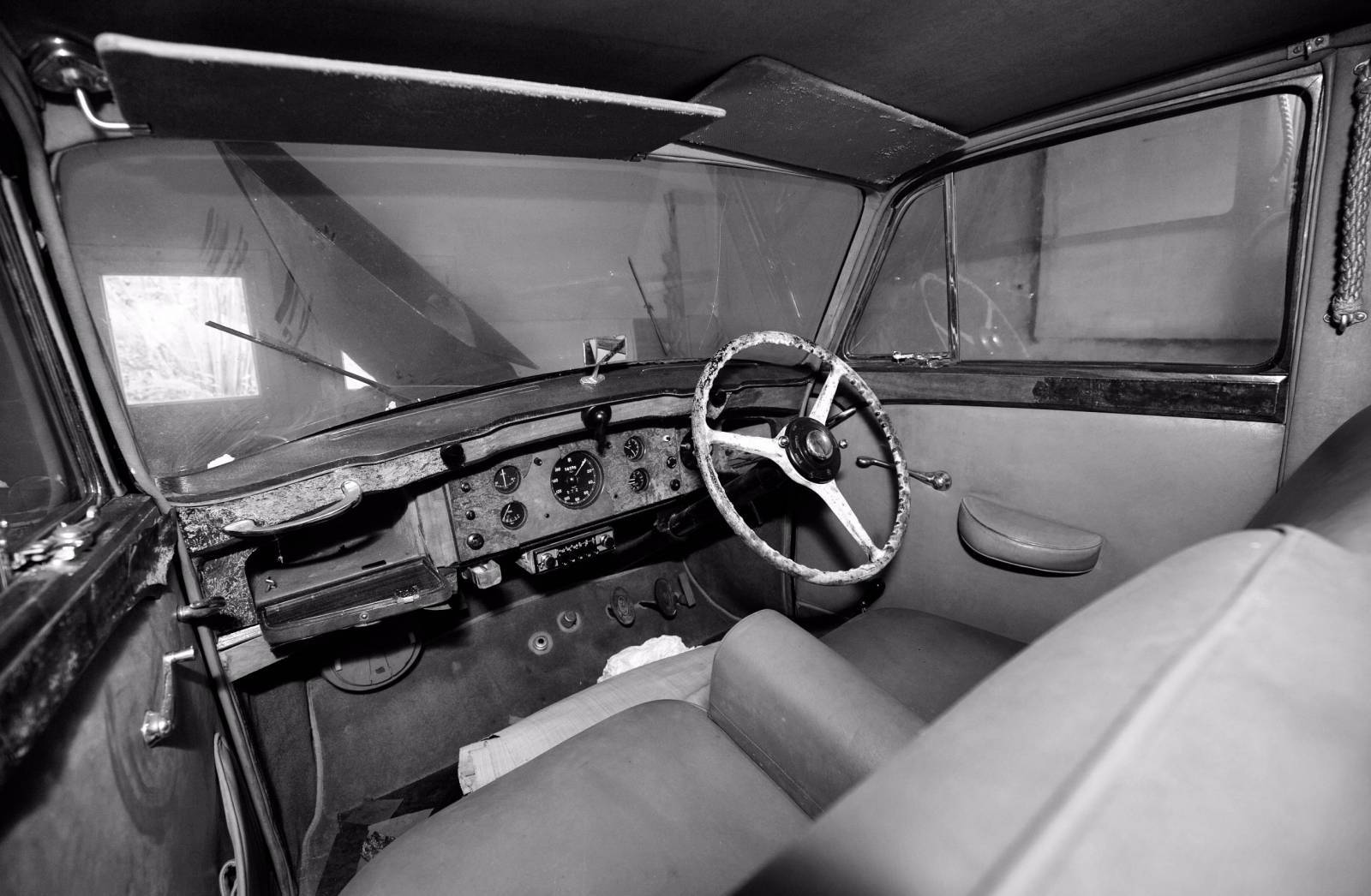 But back to Winston Churchill who, in 1946, withdrew from domestic politics for a few years to go on many trips abroad, including Montreux and Zurich, where he gave his famous speech on the «United States of Europe», which has entered the annals of history. A visionary leader who was already sketching out the future European Union, his speech was considered as the real starting point of the movement of opinion in favour of a united Europe after the war. At the end of his second term as Prime Minister, he spent long periods of time at the villa, which he affectionately referred to as «Pausaland», with secretaries, a butler and a bodyguard. Between 1956 and 1960, he spent no less than 400 days at the Côte d’Azur, happy to sit beside Wendy Reves under a parasol and indulge in painting, an activity that soothed him and allowed him some respite from his regular bouts of depression. Of the 530 canvasses that he painted during his life, the scenes of impressionist landscapes created in «La Pausa» demonstrate how well he felt there. A collection of paintings and memorabilia has been preserved in the Reves collection at the Dallas Museum of Art.

As already mentioned, all Emery and Wendy Reves’ guests were transported in the famous Rolls Royce Silver Wraith. It is therefore time to focus our attention on this exceptional car. Equipped with a 6-cylinder engine, black in colour, W142 (Sports Saloon model) and a chassis delivered on 12 December 1947 by Rolls-Royce Ex Works to Park Ward coachbuilders, the English car was finally delivered to its owner, Baron Louis Marie Charles Adolphe Vanderheiden, Chairman and Chief Executive Officer of the Royal Asturian Mining Company and Commander of the Order of the Crown of Belgium on 17 June 1948 after the usual tests had been carried out in Britain. On 15 July 1948, it embarked on its final journey via the SS Autocarrier to be delivered to the Franco-British dealer, Autos Ltd in Paris. On 26 July 1949, the dealer finally issued the certificate of ownership to Baroness Vanderheiden in Hauzeur. On the death of the Baron on 21 February 1952, the car was sold to Emery Reves. The documents drawn up by the Swiss customs authorities testify to the importation of the vehicle on 16 December 1954 in Geneva, which was assigned the registration number GE 50941 on 25 May 1955.

Originally, the Silver Wraith WZB29 was equipped with special options such as a speedometer indicating kilometres, special headlights in accordance with French regulations, a separate switch on the dashboard to activate the central fog lamp, a second spare wheel, a steering column two inches longer than the standard size and finally a lockable fuel tank. 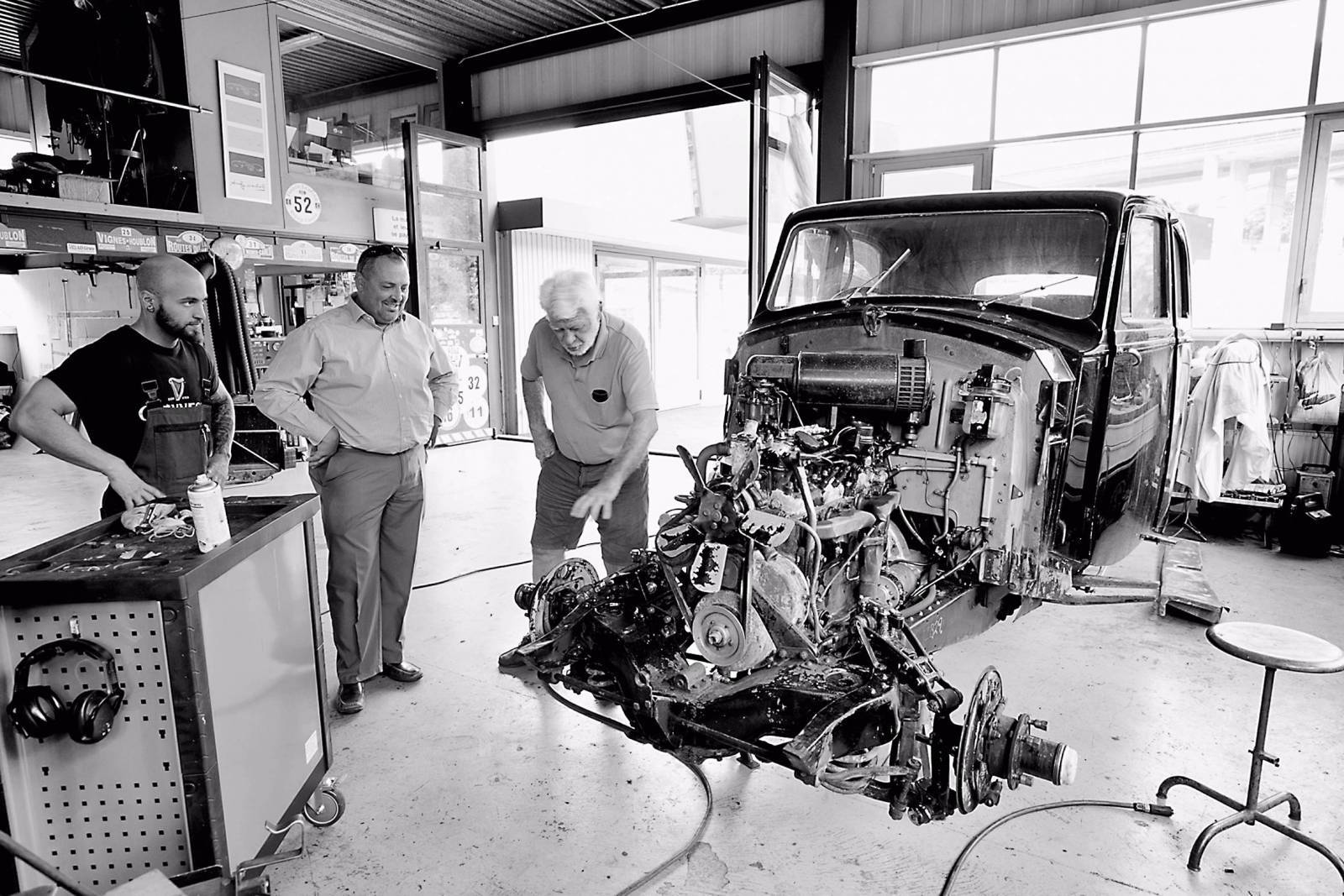 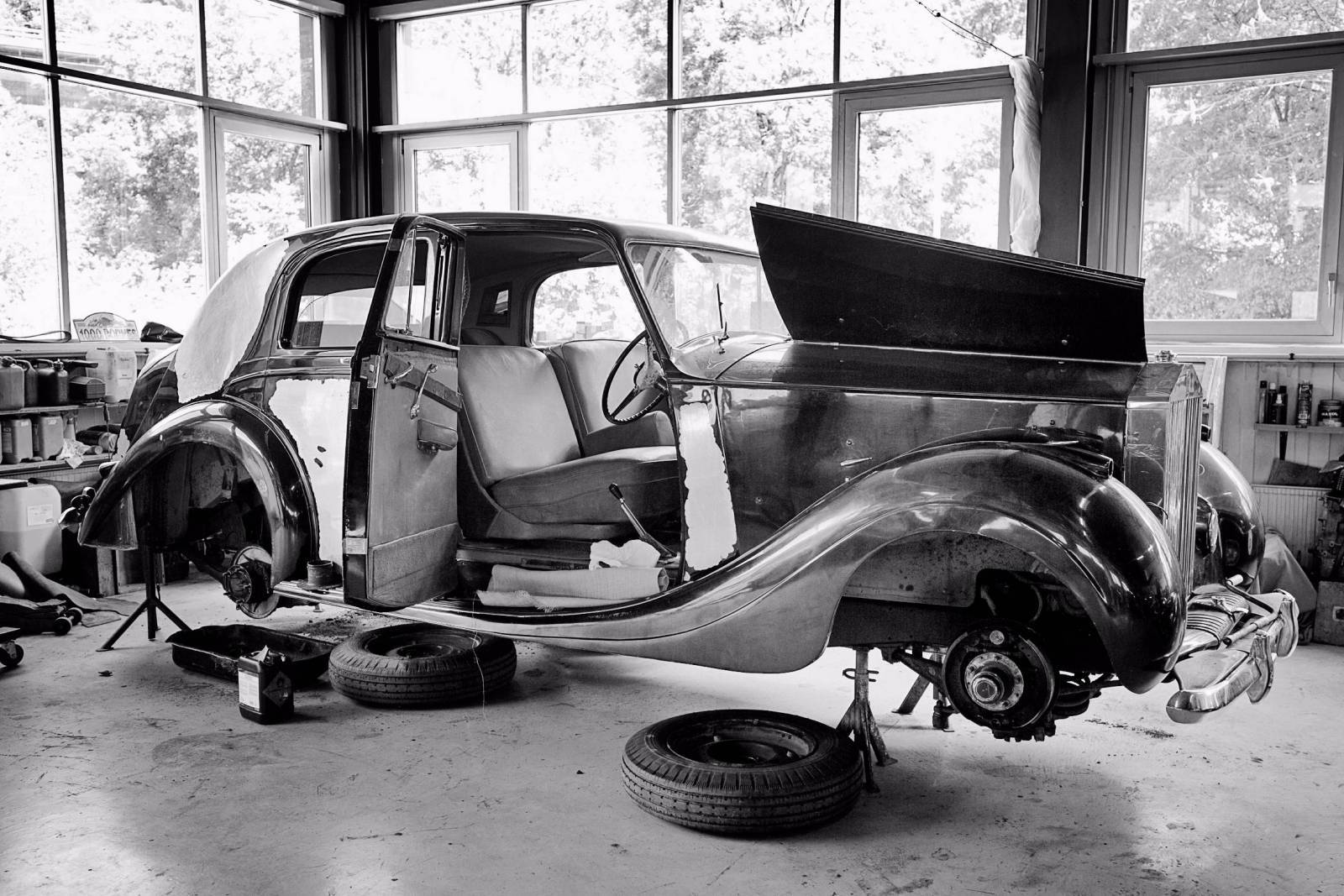 David Twaites from the garage Restocar in Chailly sur Montreux, and the carrosserie Nyfeler in Bulle achieved the masterstroke to give the car and its equipment a new lease of life. Teams of enthusiastic artisans, including two apprentices, were able to devote themselves to this great project, which was an opportunity for the more experienced to pass on their knowledge to the younger generation.

«We undertook a complete restoration, but we wanted to keep some of the authentic-looking patina. We kept as much as we could, including the seats, which are a real testimony to the past. As this is one of the first post-war models, it is still a handmade vehicle, displaying human craftsmanship down to the last detail. In particular, we became aware of the construction quality of the time, which is truly astounding. For example, we had to unlock the engine that hadn’t been used for 35 years. But with Rolls-Royce, it’s always possible to unscrew the nuts and bolts, which are all of super quality. We were able to keep a large number of the original parts, including the pistons. A week ago, a small group of us experienced a very emotional moment when we started the engine and it simply took off with one turn of the key!» said David Twaites before adding «This car got us excited a few times, especially when we couldn’t open the boot. Michel and I started speculating on its possible contents; we even thought we might find an old hat belonging to Churchill in it. Our imagination ran away with us! In the end, we called a specialist who arrived with a tool box fit for a grand thief only to discover a totally empty boot, which made us all laugh,» he confides. 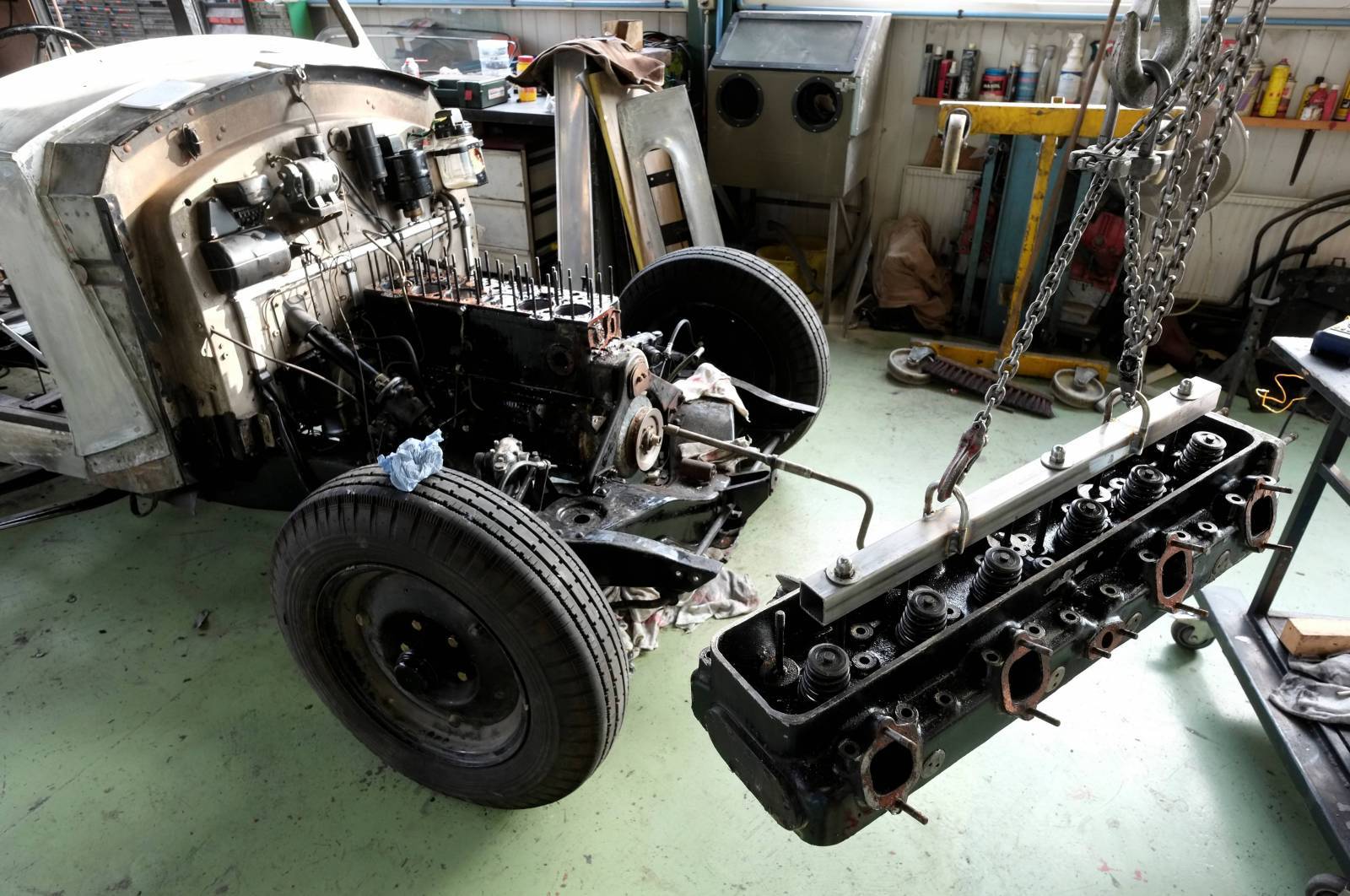 After repair work at the Restocar garage, the Silver Wraith underwent the last part of its «makeover» in Bulle at the end of January, which involved paint touch-ups and the installation of the windscreen. «It is a tricky operation that requires a lot of fine-tuning, since it was a handmade car and no size corresponded to the specific standards,» concludes David Twaites. After a few more close-up visits to the garage, the British Lady will conquer the hearts of lovers of fine mechanics across Europe, proud to have regained its former glory. 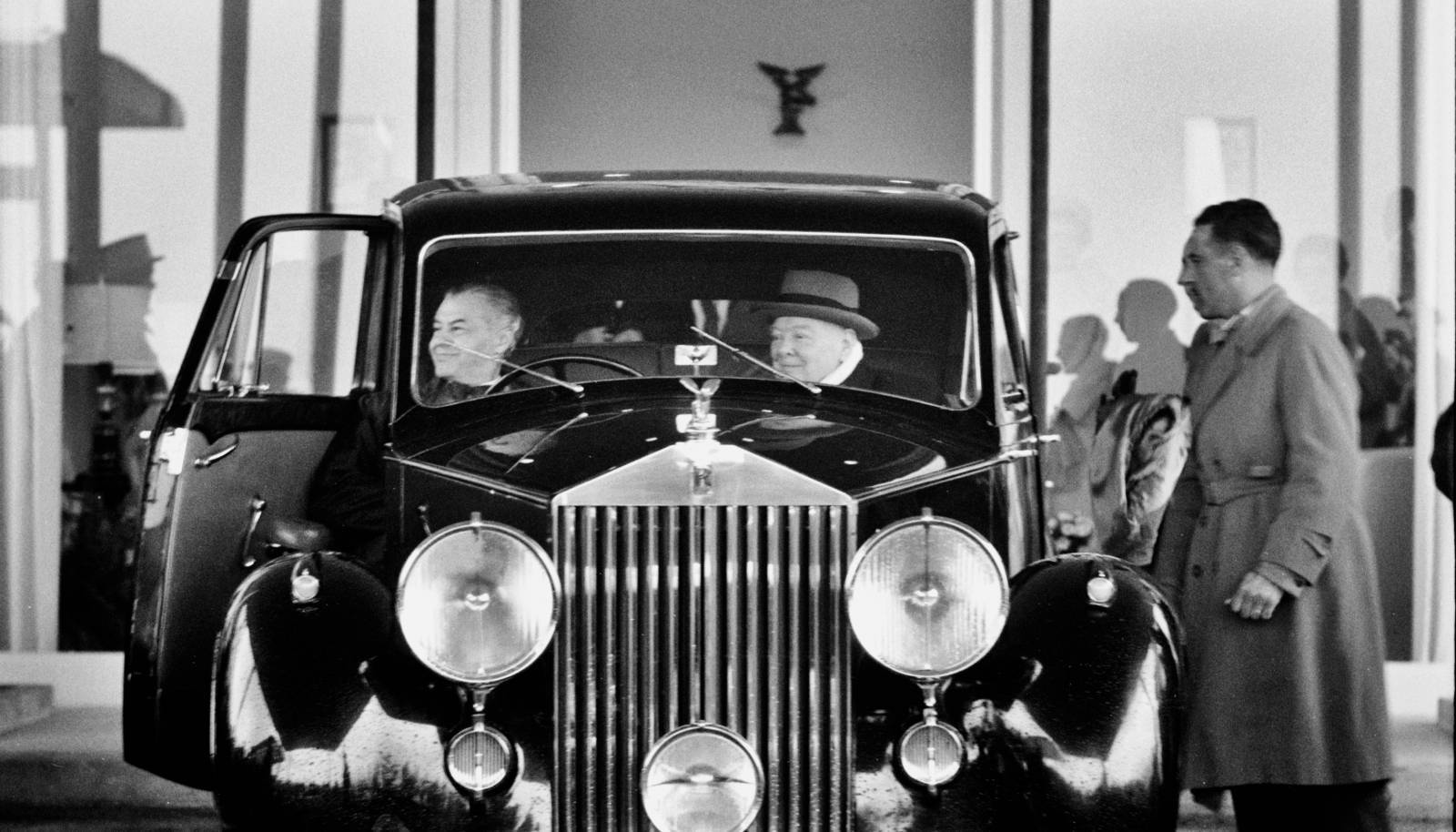