AN EXCITING SEASON III IN THE MAKING!

EEM, creator, owner and organiser of the Longines Masters, launches the third season of its “Grand Slam of Show Jumping” in Europe, Asia and Amaerica. The series is nowadays considered as the most prestigious equestrian events in the world. H unveils the novelties that are going to be added to its lifestyle and sporting program.

AN EXCITING SEASON III IN THE MAKING!

EEM, creator, owner and organiser of the Longines Masters, launches the third season of its “Grand Slam of Show Jumping” in Europe, Asia and Amaerica. The series is nowadays considered as the most prestigious equestrian events in the world. H unveils the novelties that are going to be added to its lifestyle and sporting program. 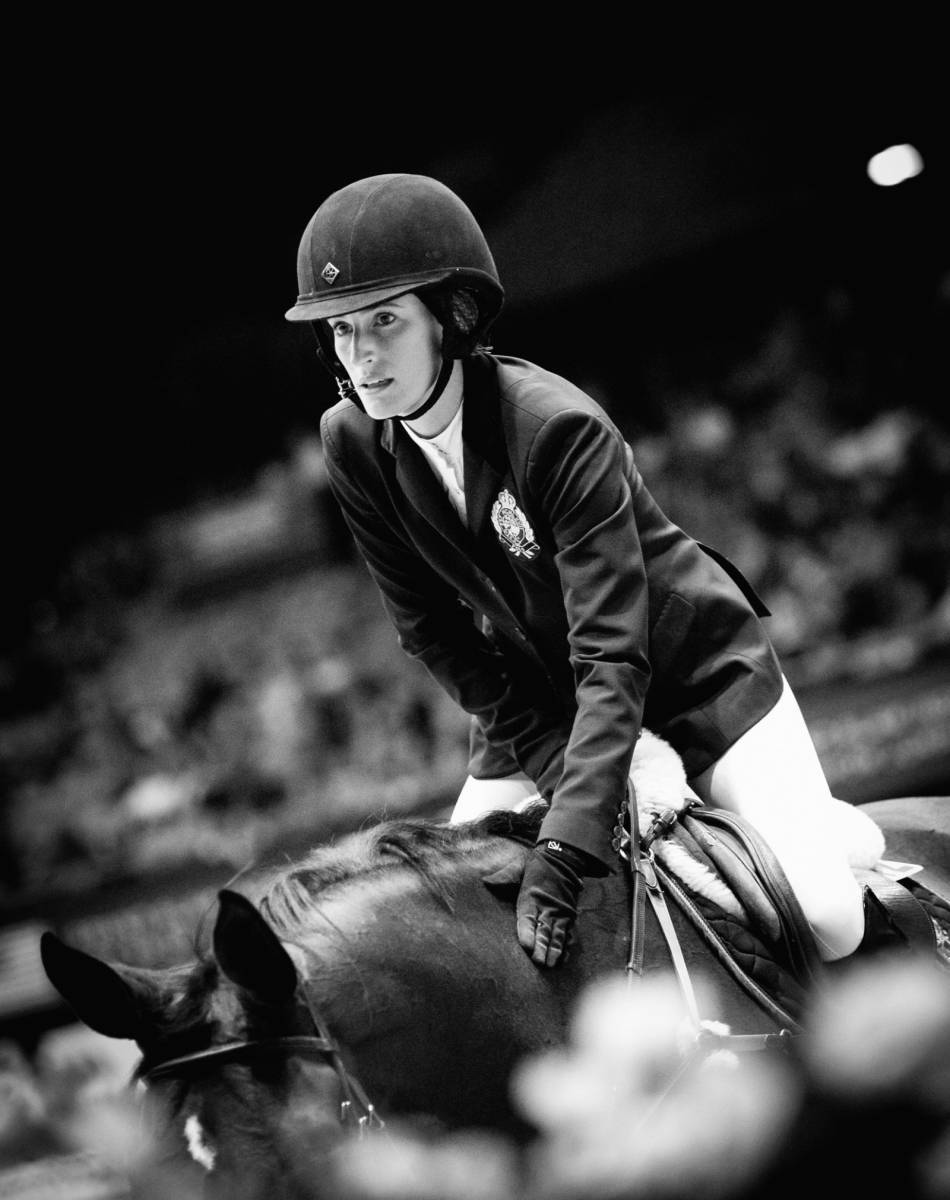 Christophe Ameeuw, founder and CEO of EEM, announced some of the novelties that are being prepared in the backstage of the Longines Masters Series in Paris, Hong Kong and New York. The backstage? It’s hidden at the heart of the beautiful Ecuries d’Ecaussinnes, where the head-quarters and offices of EEM can be found and where the latest chapter of this amazing trilogy has been written. The concept of the “Masters”, gathering under one roof the best of the sport and lifestyle, was born over ten years ago thanks to Christophe Ameeuw and his team. It’s in June 2015, under the initiative of its founder and with the support of its title sponsor, prestigious watchmaker Longines, that the intercontinental Longines Masters Series is born, with destinations in Europe, Asia and America. The purpose is very clear: “bring a new perspective to show jumping and place equestrian sport under the spotlight thanks to exceptional events as the legendary tennis or golf tournaments”. Promise kept. Seasons I and II of the Longines Masters have already known a huge worldwide success that has exceeded all expectations. So, what does the new season hold? Stand by as the program that is being prepared is even more true to the initial promise of the Masters, providing its audience with incredible moments of emotion and suspense around the world. “We Ride the World”! 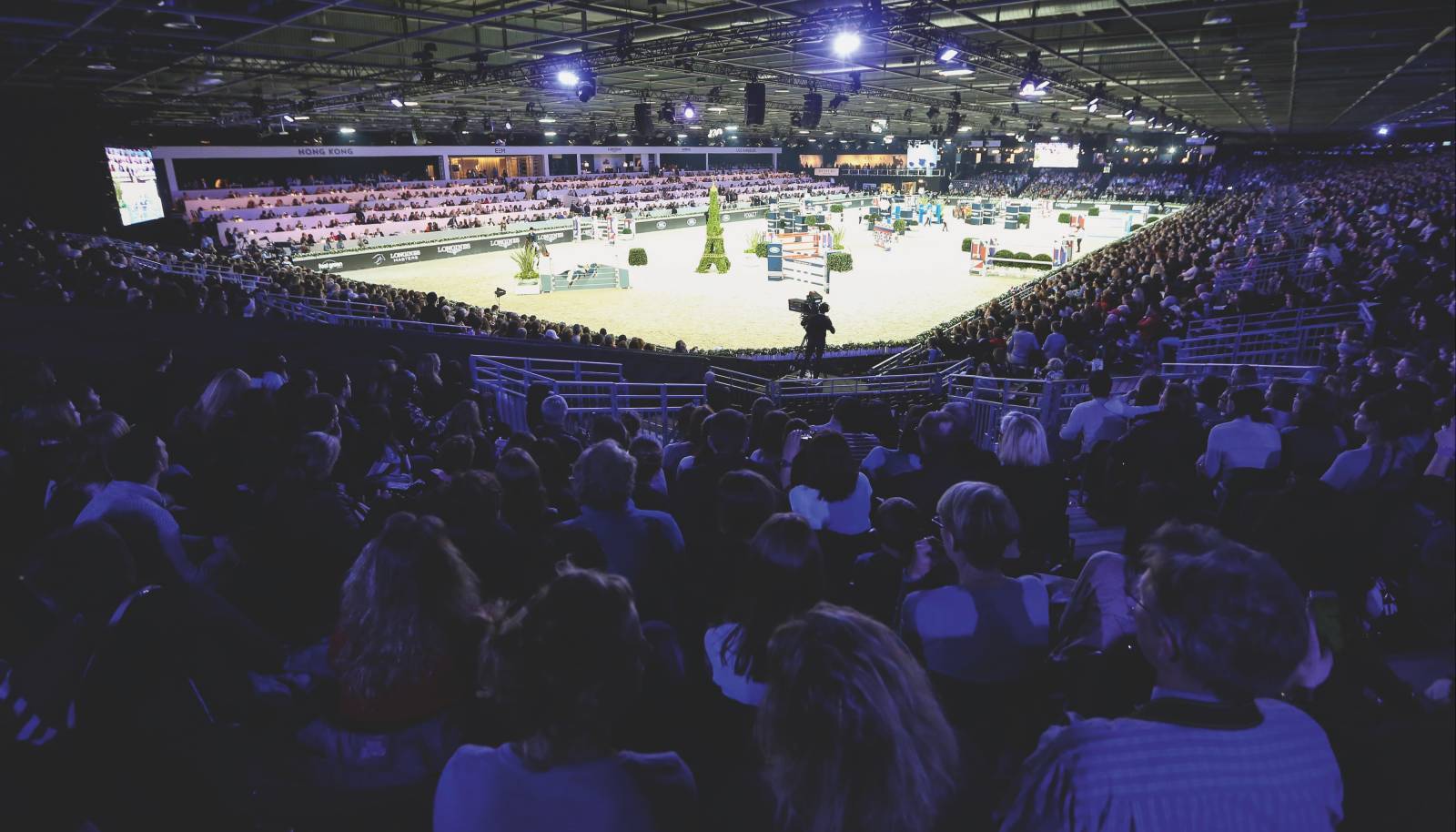 main ring at the  longinEs MastErs of paris. © laurEnt vu for EEM

Whether we know show jumping or not, the Riders Masters Cup will generate a lot of fans, excited to support their flag and to experience the unique atmosphere of this strategic competition...
Christophe Ameeuw, July 2017.

The first novelty of this new season, the American stage has evolved. Held until now in Los Angeles, it will from now on take place in the city where everything is possible: it is indeed in New York that the last stage of the Grand Slam Indoor of Show Jumping is bound to take place. Inaugurated at the NYCB LIVE, Home of the Nassau Veterans Memorial Coliseum, an exceptional venue recently renovated, the Longines Masters of New York will present in April 2018 a combination of unrivalled Olympic level competition with a lifestyle event displaying live concerts, gastronomic dining, a Prestige Village, exhibitions and animations. “The Longines Masters Series, between Paris, Hong Kong and New York, will allow each visitor to live a powerful experience”, says Christophe Ameeuw. “And the fact that we are moving from the West Coast to New York only confirms the positioning and development of the Longines Masters”. No doubt the famous and mythic “American dream” reaches here a new dimension, with a personal and collective perspective of merit and success. Whether they are the best riders in the world competing, the passionate audience attending the event or the growing community that will follow it live on social networks, it is for each one of them to build their personal dream at the prestigious set-up of the Longines Masters. 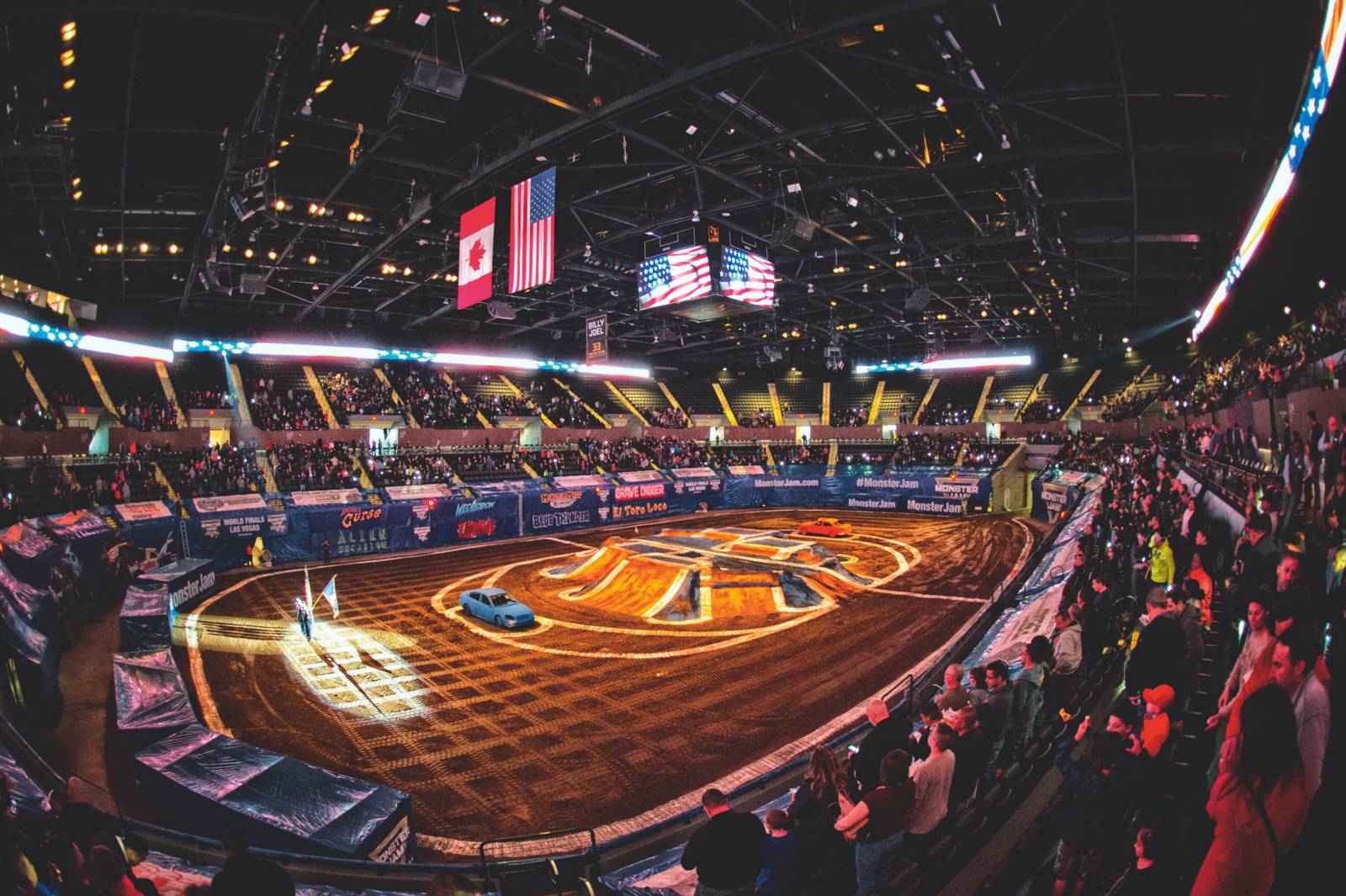 ring of the nycB livE hoME of thE nassau vEtErans MEMorial colisEuM during MonstErJaM. © cos lyMpEropolous 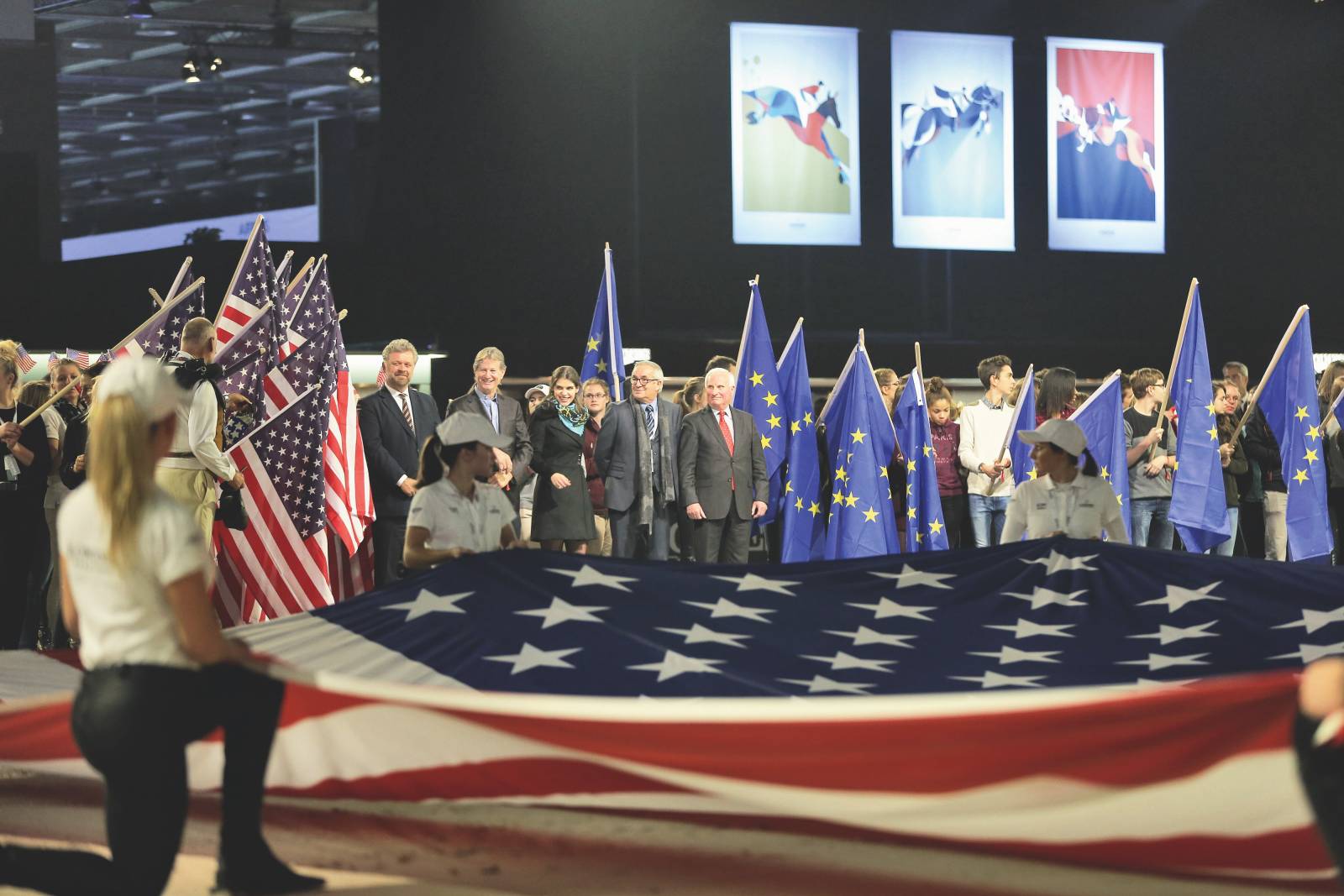 official launch of the ridErs MastErs cup at the longinEs MastErs of paris 2016. © laurEnt vu for EEM

The launch is close! The first edition of this competition with a totally innovative concept putting face to face teams from Europe and the United States, will take place on prime time on Saturday, December 2nd, 2017 at the Longines Masters of Paris. So what is the principle of this unique sporting experience? A transatlantic confrontation opposing two teams – each team composed of the five best riders and horses from each side of the globe, led by Chefs d’Équipe Philippe Guerdat and Robert Ridland, who play the role of strategists – The Riders Masters Cup will take place alternatively in Europe and the United States of America. “These duels will strengthen the communication and interest in our sport”, Christophe Ameeuw rejoices. In fact, fans will be able to support their teams and cheer for their flag while they watch this original event signed EEM and organised in partnership with the European Equestrian Federation (EEF). Thoroughly broadcast by the media and on social networks, the Riders Masters Cup is bound to become one of the most emblematic events of the indoor circuit and will definitely contribute to raising the awareness of the equestrian sports and their universe. A modern social and digital dimension that is part of the pioneering spirit shown by EEM in everything they do. Legend material, without question.

An equestrian Davos in Asia

At last and for the first time, the Longines Masters of Hong Kong, taking place at the AsiaWorld-Expo, will host the Asia Horse Week during Season III. Recently awarded the prize for “best experience for a professional sports event” at the “ Sports Industry Awards & Conference 2016” in Asia (SPIA), the Asian stage of the Longines Masters is considered a not-to-be-missed event in the social and sports calendar in Asia. Following this recognition, the creation of the “Asian Horse Week” as a true meeting point of the equestrian industry in Asia will reinforce EEM’s engagement in supporting the development of equestrian sports in the Asia-Pacific region. 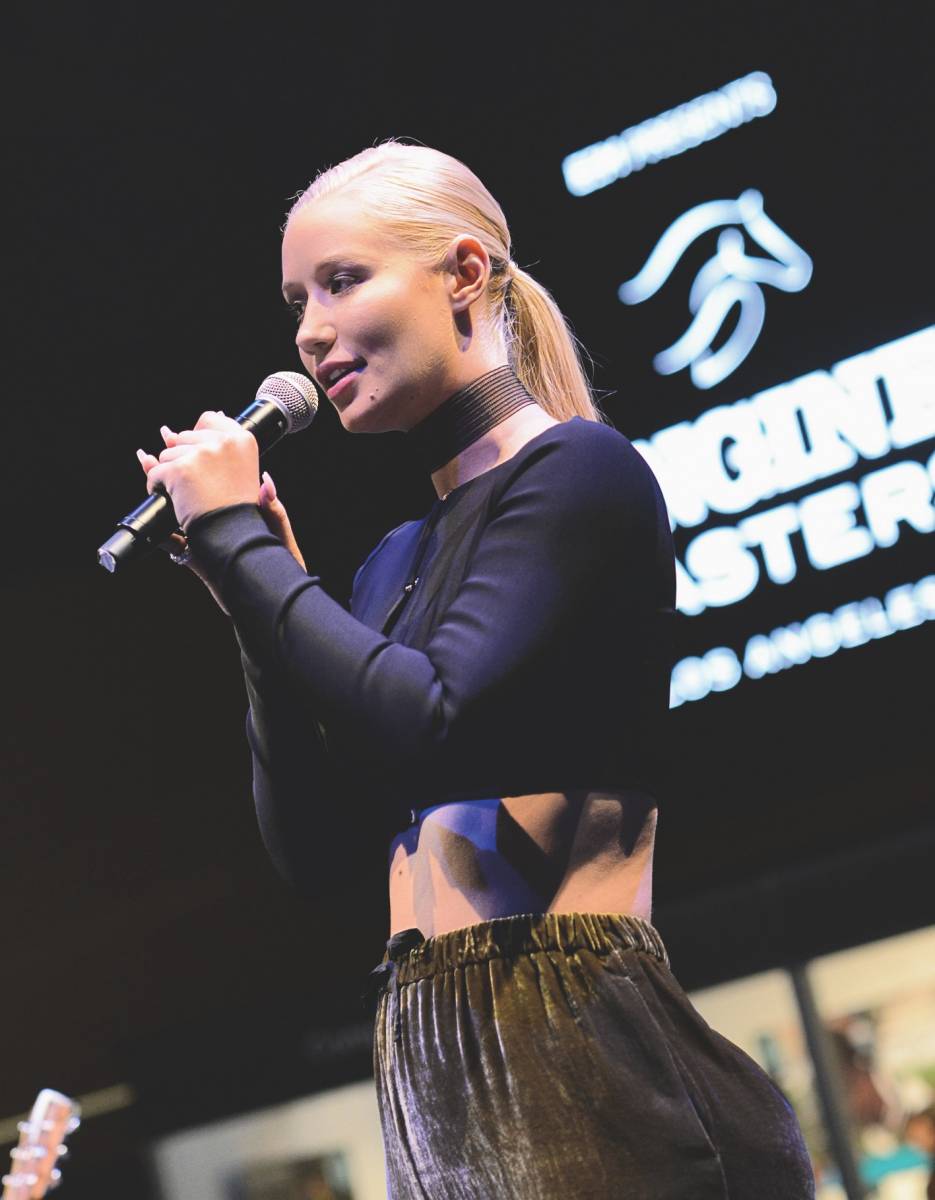 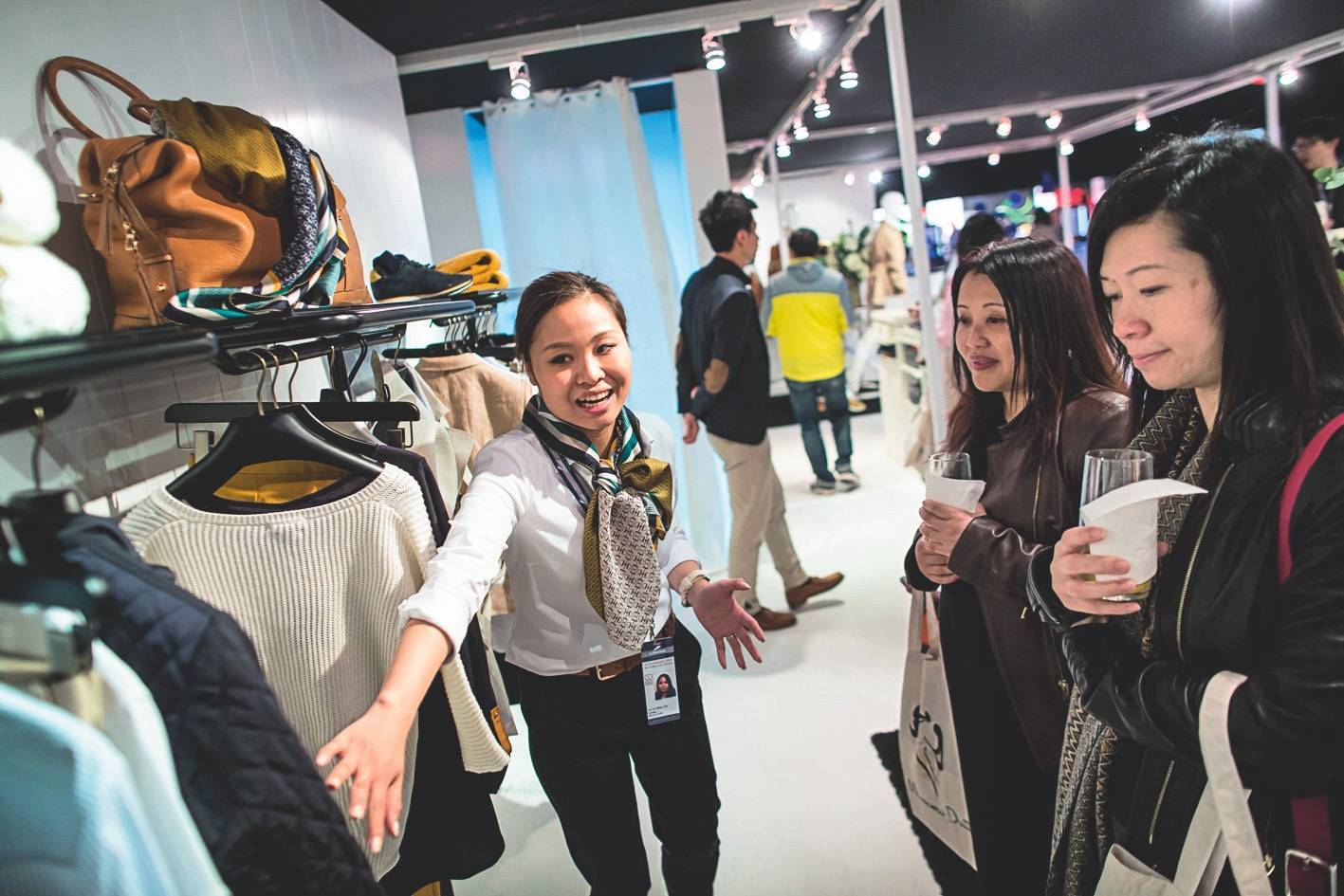 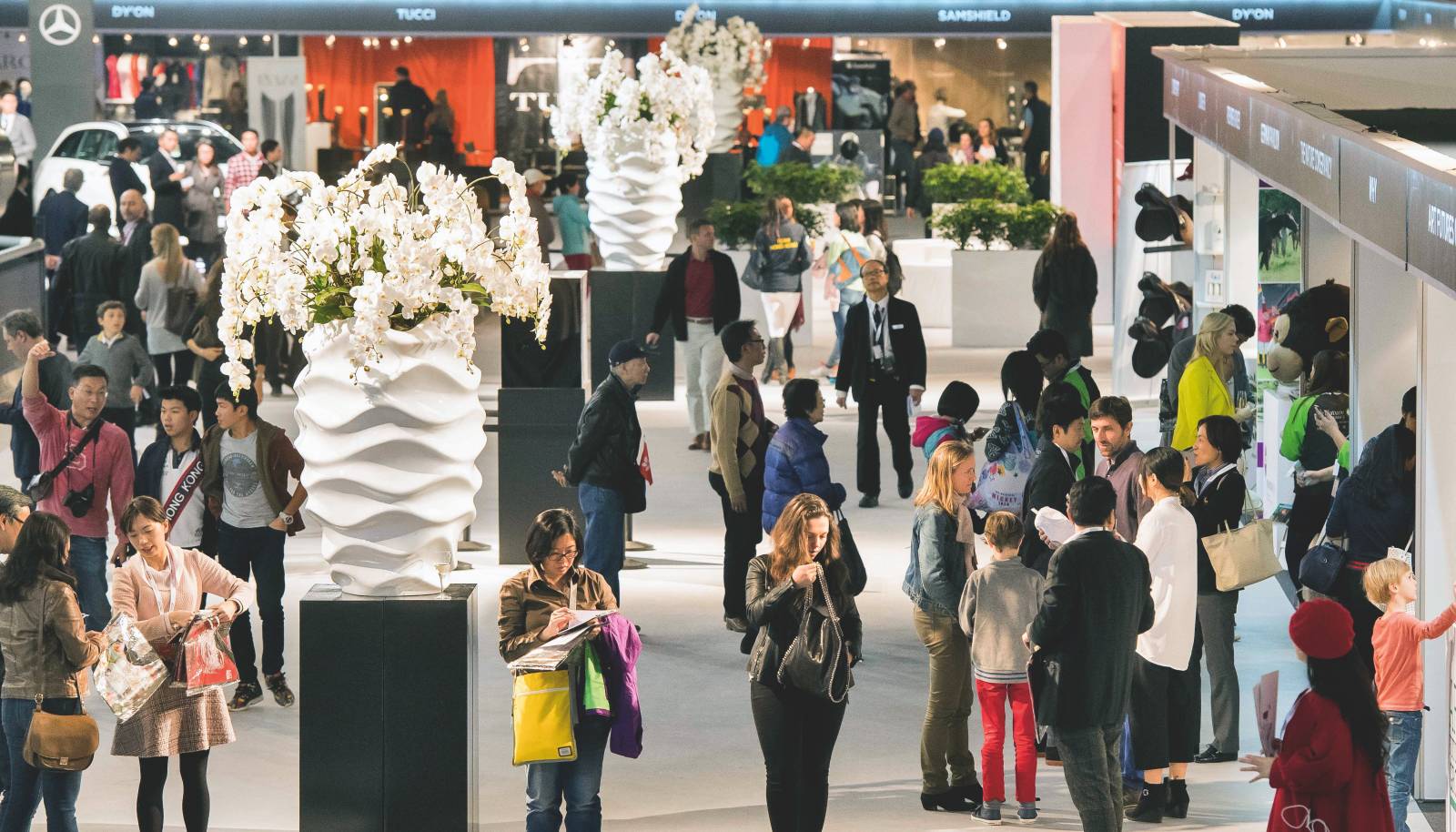