Folded in eight, carefully guarded in the bottom of a pocket or a wallet before changing hands again, this dollar symbolises the bond that unites several generations of legendary riders. 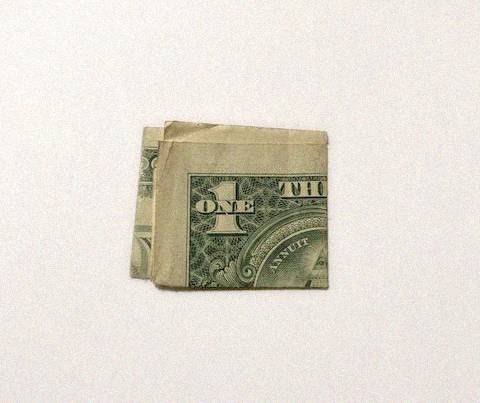 The ‘lucky dollar’ is a dollar bill folded in eight.

Just recently, H Equestrian Passion met the famous Olympic champions Nelson Pessoa and Pierre Durand in the beautiful country setting of Haras de la Hussière, nestled in the heart of Brabant Wallon. An exceptional moment, it must be emphasised, during which many stories were told; you can just imagine the scene, the concentration of memories that belong to the equestrian legend. The one we present you with here is a gem amongst them all. And Pierre Durand told it to us with great emotion.

1988 Seoul Olympic Games. "It was in the morning, during the reconnaissance of the course where the first round of the individual show jumping event would take place. I was walking the track when Bill Steinkraus came up to me”, he recalled. Bill Steinkraus? "William Clark - nicknamed Bill - Steinkraus was an Olympic champion - claiming the individual gold medal - at the 1968 Olympic Games in Mexico City with his superb horse Snowbound", he pointed out. "He was the first American rider to be an individual Olympic champion in an equestrian discipline, and for me he made show jumping history by his class: he was a magnificent rider, who was extremely elegant not only on horseback, but also on foot. The scene is set, you can picture the track, the special atmosphere that suffuses the Olympics, Pierre Durand’s concentration in checking out the obstacle course, and his surprise: "Bill Steinkraus was there in the entourage of the American team. 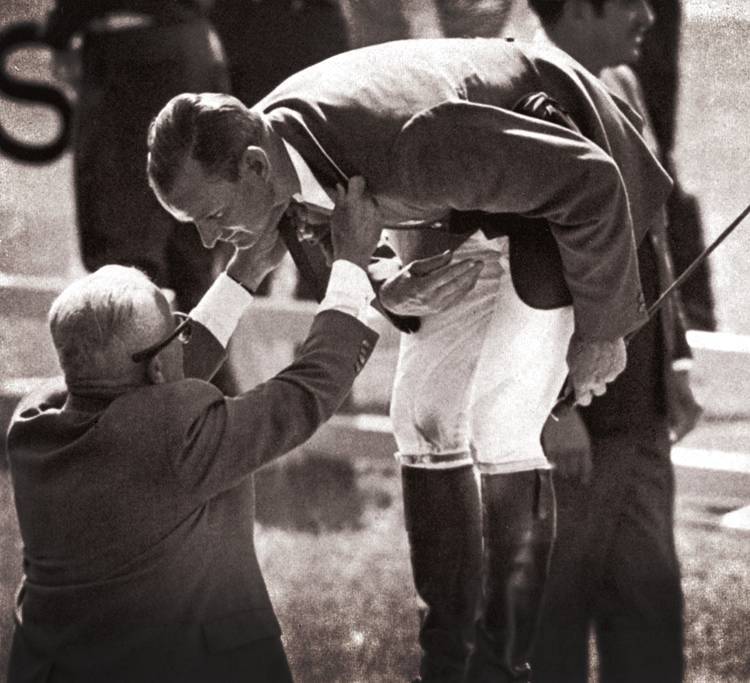 ... "Bill Steinkraus was there in the entourage of the American team. He had something in his hand, and he slipped it into my jacket pocket. I told him: ‘Bill, what are you doing?’ and he replied: 'I’m giving you a dollar, it's a lucky dollar'. The ‘lucky dollar’ as it is called in the United States - a dollar bill folded in eight - is a good luck charm."

He had something in his hand, and he slipped it into my jacket pocket. I told him: ‘Bill, what are you doing?’ and he replied: 'I’m giving you a dollar, it's a lucky dollar'. The ‘lucky dollar’ as it is called in the United States - a dollar bill folded in eight - is a good luck charm. "'I really like the team you make with your horse and I would love you to be Olympic champions today. This will bring you luck’, he said with a smile. I am not superstitious but still, I kept the note in my pocket. And I won the Olympics!”. 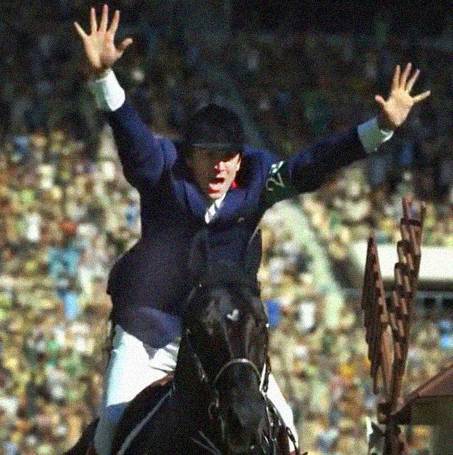 ... "I am not superstitious but still, I kept the note in my pocket. And I won the Olympics!”.

Pierre Durand kept the note in his wallet for years. "When it got worn, I put it in a drawer”, he added. And the precious note remained there. Until 2004, before the Olympics in Athens, where it resurfaced as if by magic.

"I was preparing my things before going to Athens to commentate on the equestrian events when I came across the wallet while looking for a paper. I opened it, and the dollar was still inside. I took it out again and thought that I should pass it on to a rider I admired and felt a certain sympathy for. And because I really liked Rodrigo Pessoa, I said to myself: I'm going to give Rodrigo the dollar, and respect the same ritual". During the course walk, Pierre Durand went to see the young rider. "I told him that I had a dollar bill for him, very quickly telling him the story and the way it was given to me, and that I wanted him to be an Olympic champion.” Rodrigo Pessoa put it in his jacket.

He became Olympic champion! But this title was not attributed to him immediately: the initial winner - Irishman Cian O'Connor - was stripped of his medal following a positive doping test on his horse Waterford Crystal. "Throughout the revocation process, Rodrigo kept telling me, just for a laugh: 'Don’t worry, the dollar is doing its job'. And one day he called me: 'That's it, the dollar has finished its job, I'm Olympic champion!’”. Pierre Durand ended this very beautiful story: "I asked him what we would do with the dollar and Rodrigo replied ‘it has worked too much, it's time to stop'! And we donated it to the Olympic Museum”. A symbolic way of illustrating the sportsmanship and esteem of these riders who have shaped show jumping history over the years. 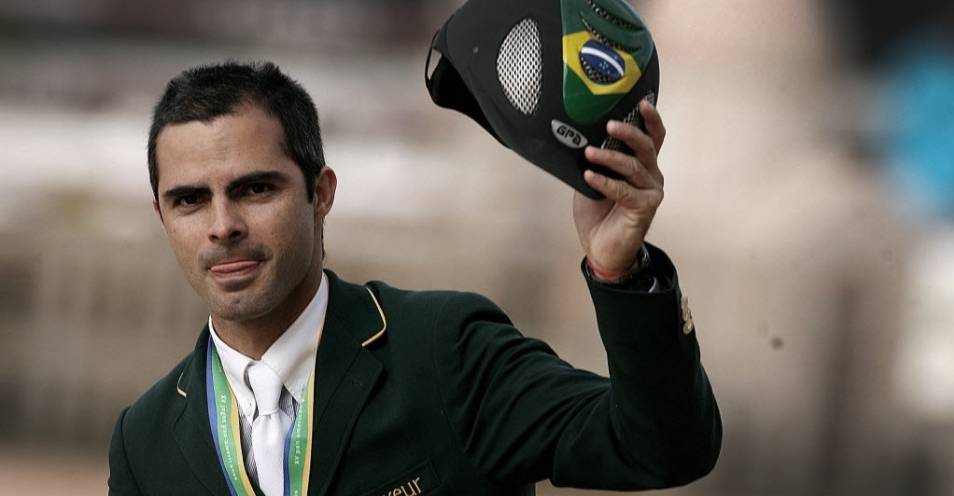 “Because I liked and respected Rodrigo Pessoa so much, I said to myself that I was going to give him the dollar and continue the same ritual".