The legend of the Trojan Horse

We say that the horse is the most noble conquest of man. But it has also been the pretext for one of the most devious war tricks ever. Flashback on history.

From the time of Ulysses to the era of information, the expression “Trojan horse” has always had a blood freezing effect. The horse, however appreciated by man, takes a demoniac dimension. Long before becoming the numerical virus it is today, the Trojan horse was in fact a malefic trick conceived to fool the enemy. Let’s go back in time.

The legend of the Trojan war came to us through the founding stories of the Greek Mythology. It is told through poems like The Iliad, Homers epic. The action takes place in distant Mediterranean shores several centuries before Jesus Christ. Troy, a city treasured by the Gods, shines in its power and splendour. Paris, a Trojan prince, has received from Aphrodite, Goddess of Love, the power to seduce the most beautiful woman in the world: Helen, daughter of Zeus and wife to Menelaus, the King of Sparta. Paris manages to take her to Troy. In a jealous rage, Menelaus calls for his allies, the Greek Kings, to help him get Helen back. Thousands of warriors leave the Greek harbours with the purpose of invading Troy. But the small fortified city resists and the conflict doesn’t seem to come to an end. It goes on for ten years.

In the middle of the Greek camp, Ulysses, the King of Ithaca, starts conceiving a plan to win the war. He asks his men to build a huge horse made of pine wood and fills the sculpture’s empty belly with his best armed warriors. He leaves the sculpture at the entrance of the city and simulates a retreat from the conflict zone. When the Trojans realise there is nobody in the surroundings they think the war is over, but they are still suspicious about the giant wooden animal they left behind. Simon, a Greek spy sent by Ulysses, makes them believe he is a deserter and manages to convince the Trojans that the horse is a sculpture dedicated to the goddess Athena. He says the Greeks have built a giant horse so that the Trojans wouldn’t be able to get it through the city walls. If they managed to enter the horse, then Troy would be invulnerable with the grace of Athena’s protection. Paris, the Trojan prince, decides to bring the horse into the city at all cost. Once this was accomplished, the Trojans feasted. In the middle of the night, Simon opened the secret door in the belly of the sculpture letting all the Greek warriors out. They opened the doors of the city to their fellow Greek warriors who had secretly returned. Helen was taken and the city was plundered. Ulysses’ trick triumphed.

History beneath the legend

The discovery of Troy’s ruins, close to Dardanelles, allowed these events to come out of the legend and gave them a historical foundation. It all happened in the XII century B.C. and it’s certainly not by chance that Ulysses has chosen a horse to accomplish his purpose. This gracious animal inspires less mistrust than a ferocious beast. And this story is not outdated: in a time of growing misinformation and fake news, this narrative keeps all its deep meaning, challenging us to analyse the facts thoroughly instead of looking at them superficially… 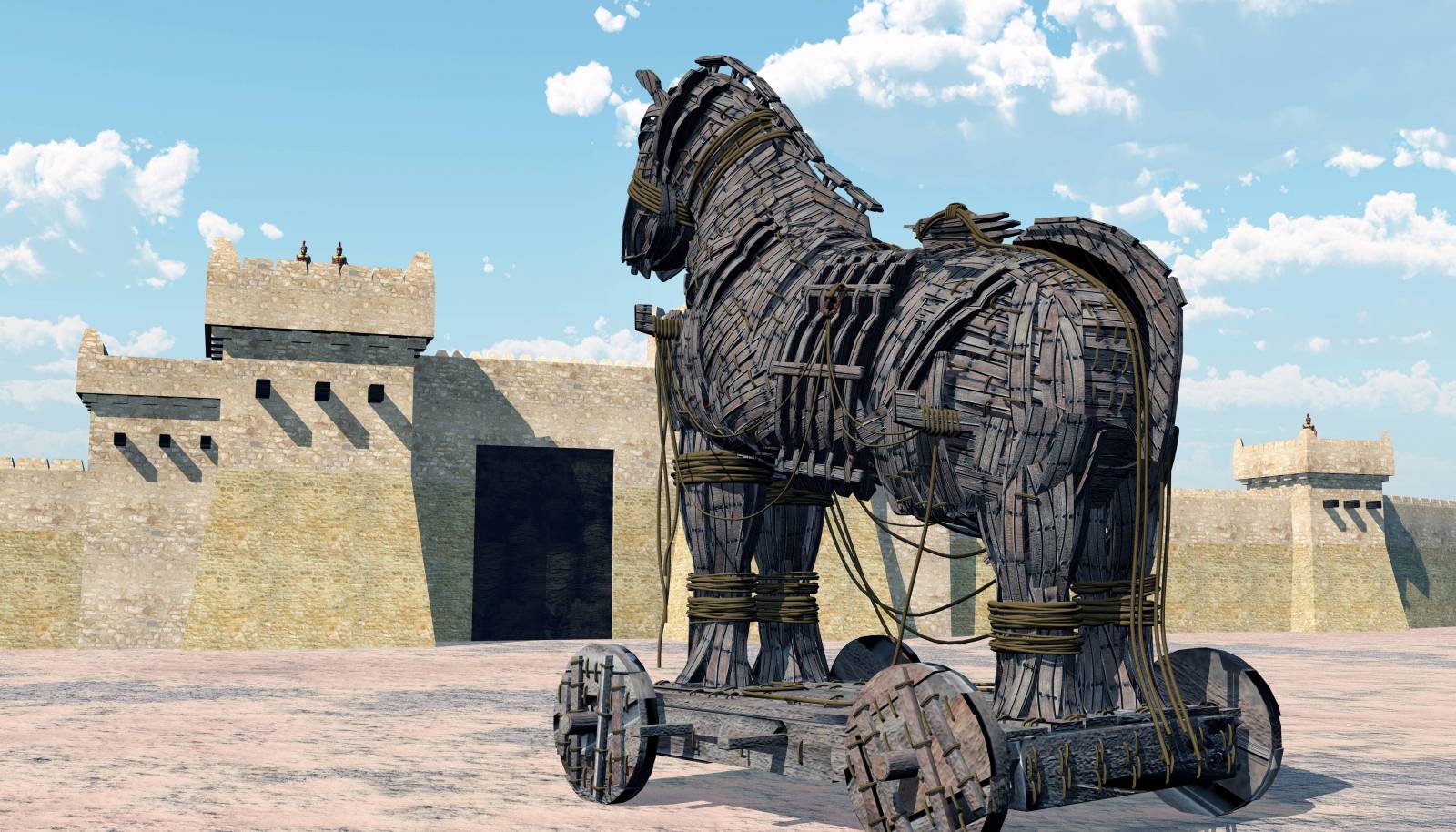