There is, between them, a sense of great collusion and also incredible respect. Listening to them is a pleasure, and something else as well: a sort of lesson in life, or rather about the life journey one can follow, in complete humanity but with an incredible life force. 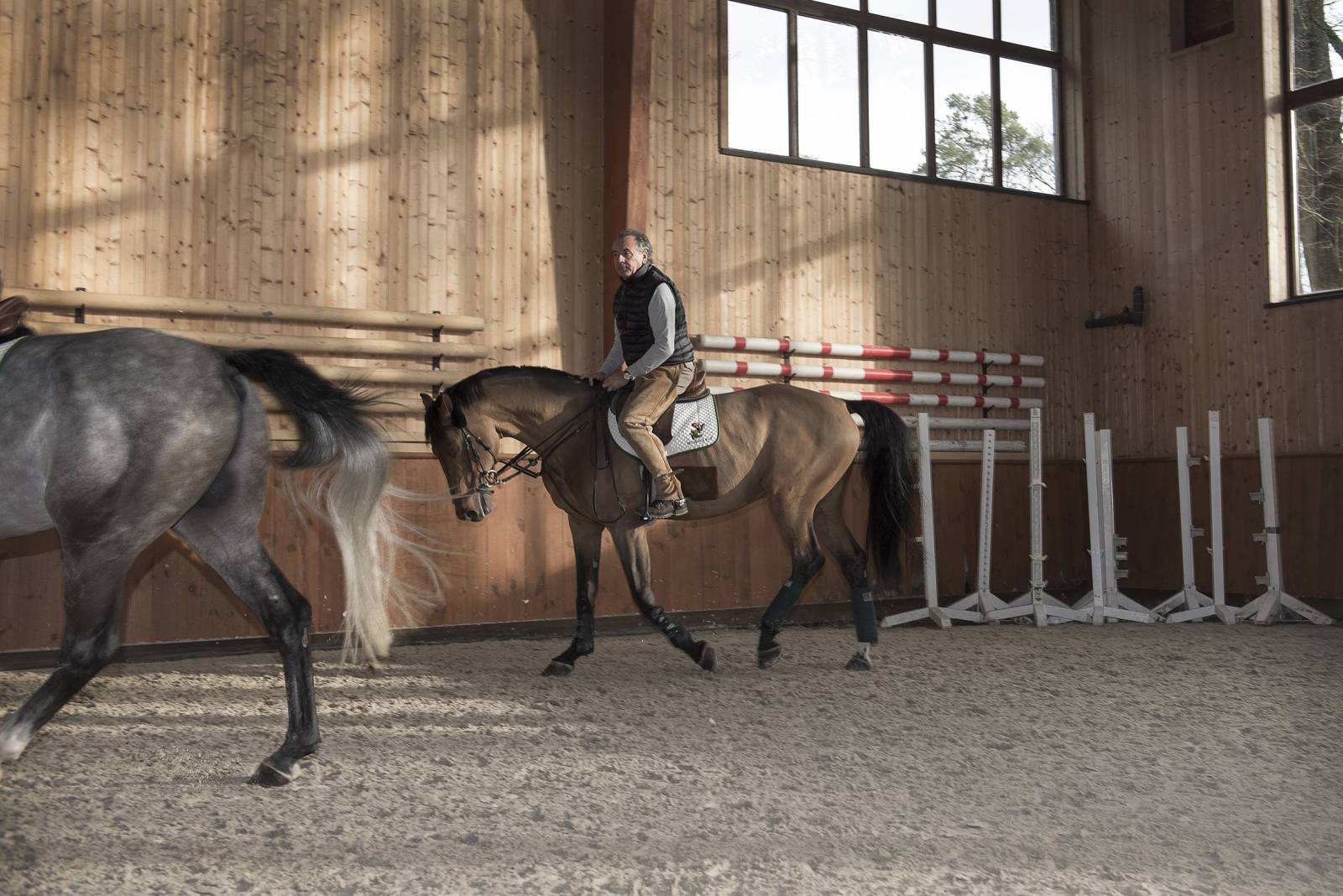 “Jappeloup needed to be in impeccable physical condition because I assumed that he would not be able to produce repeated exertion unless he was in optimum condition, to avoid injuries and so that his mood was less affected by the effort and he retained the desire to jump”.
Pierre Durand

Last winter, on a sunny day at Haras de la Hussière in the heart of Brabant Wallon, the two sat down with H Equestrian Passion to reminisce for a while. “Nelson was my idol when I was a young rider”, Pierre Durand began. “I grew up with his picture, and with the desire to become more like him, and then I had the pleasure of getting to know him in competition.” But that’s not all, for their mutual esteem has gone beyond this. “Nelson also guided me at a critical time in my career, to help me through a phase with my horse Jappeloup. It was during the winter of 1987, before the final of the Bercy World Cup, and we have remained very close ever since. I knew his son Rodrigo when he was very small. I have watched him grow up and have been thrilled at his successes, particularly with Baloubet du Rouet. For me, Rodrigo is perfection in terms of what a competition rider must be”, he continues. “And Nelson is a genius. A Mozart! And, incidentally, when he was young, he was already riding like he still does today. He was ahead of his time. He advocated and demonstrated a ground-breaking type of riding, that is to say in terms of movement and, more specifically, forward movement”. At the time, the traditional style of riding was more common: three strides away from the jump you almost stopped the horse and then you ‘pushed’ it. “Nelson began to ride with great fluidity, lots of galloping and few interventions. It was a form of riding that, at the time, was remarkable. Thereafter, everything moved in that direction”, he adds. 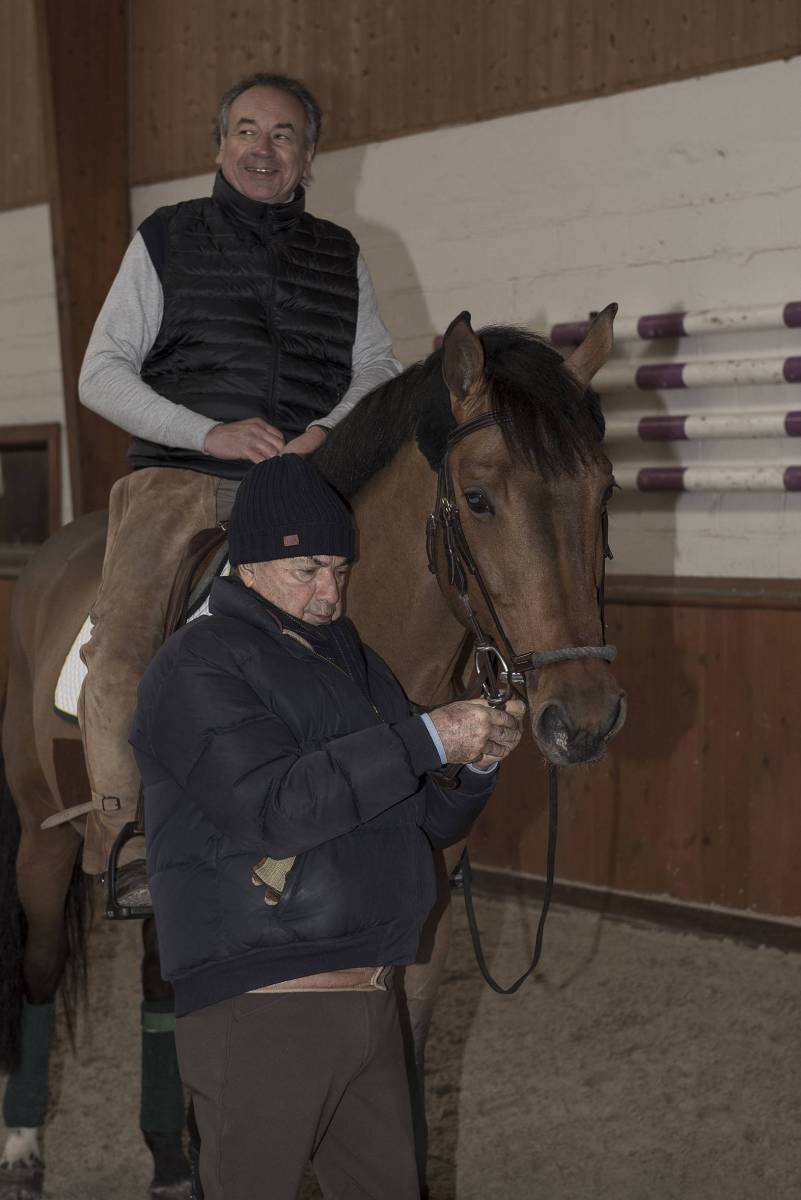 "Throughout a career, there is no absolute champion but rather a series of good performances and substandard performances".
Nelson Pessoa

Among his countless memories, is there an anecdote that made a particular impression on Nelson when he moved to Europe? “When I was on a hunt in England with some friends, I was very impressed to see the way that everyone rode – young and not so young, men and women – and jumped all the obstacles they were faced with in the wild as a matter of course”. A good place to learn, in other words? “Learning in a natural environment is extremely challenging and requires you to adapt continually”, adds Pierre Durand. “It’s a complementary place to learn”, he concludes.

A certain way of riding

Although equestrian sport has continued to evolve in recent decades, what do these two outstanding champions – who have themselves contributed to this development – think of today’s riding? “From a technical point of view, it has become much more international”, notes Nelson Pessoa. A globalisation which leads, in a sense, to a sort of standardisation? “Before, when you saw someone riding, you could immediately tell whether they were Italian, French or German, for example”, he continues, “whereas today, that’s no longer the case”. Pierre Durand agrees: “The current style of riding reflects much greater uniformity”. Which, incidentally, they both also think is positive. “This characteristic is also found in the horse’s attitude”, he adds. 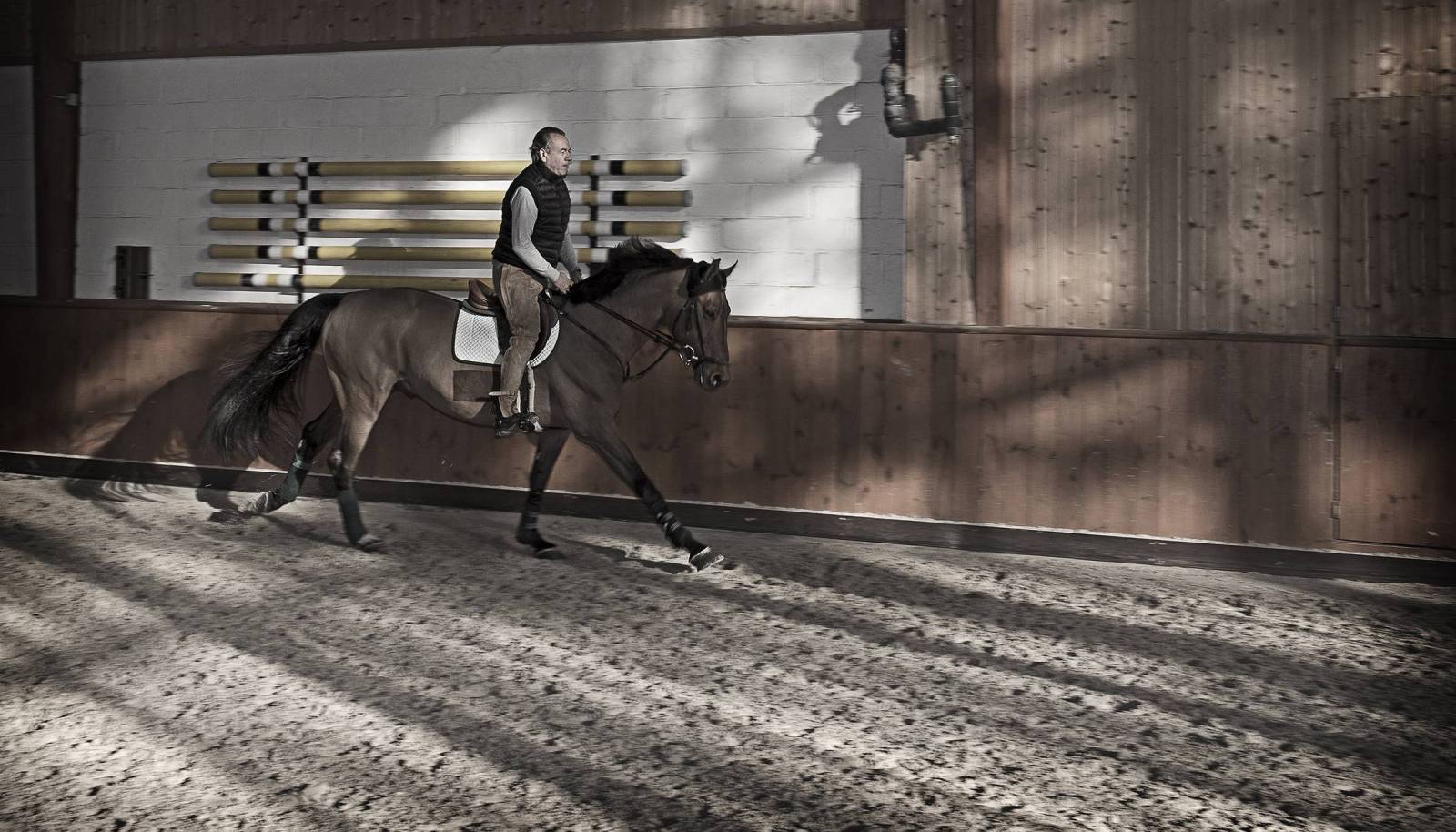 “Today, horses have schedules like business people. They travel by plane and juggle timetables in the same way”.
Pierre Durand 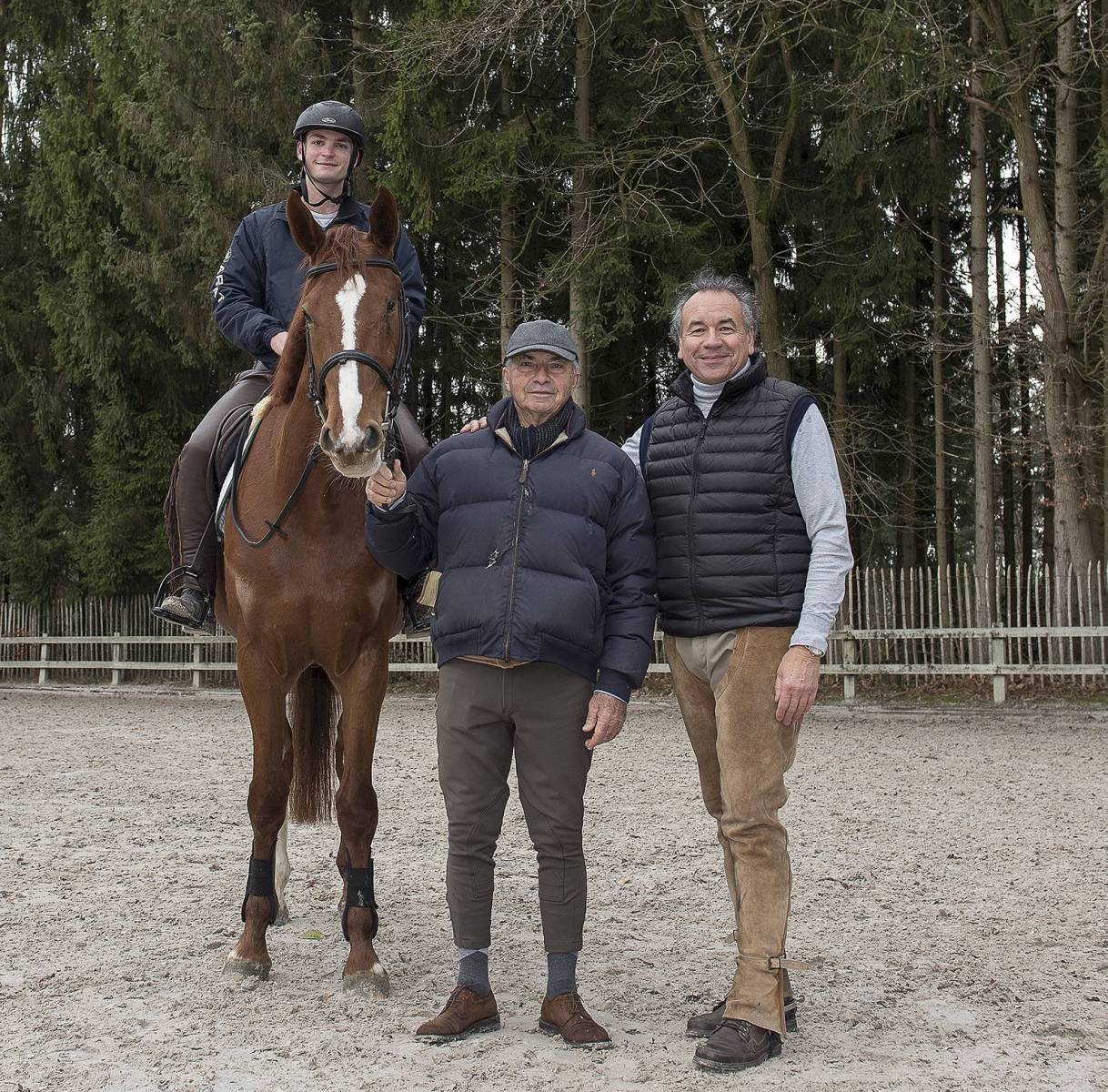 Talking specifically of the horse, Pierre Durand explains: “I have always regarded Jappeloup as an equine athlete”. In other words? “His training had to be holistic: it was not only a question of dressage or of teaching him to improve his style at the jump, but also of being in outstanding physical condition”. To achieve this, Pierre Durand divided his work with his horse between physical conditioning tackled in an exclusive way – starting outdoors, in particular, with 5 or 6km of trotting uphill and downhill –, muscle strengthening activities and, finally, dressage, including the codes to be established with the rider, and perfection in terms of style at the jump. Returning to the horse’s athletic dimension, he adds, “I worked on Jappeloup’s physical condition in different ways depending on the season: more endurance in the winter and more resistance in the summer”. In general, he was one of the first to exploit complementary work outdoors. 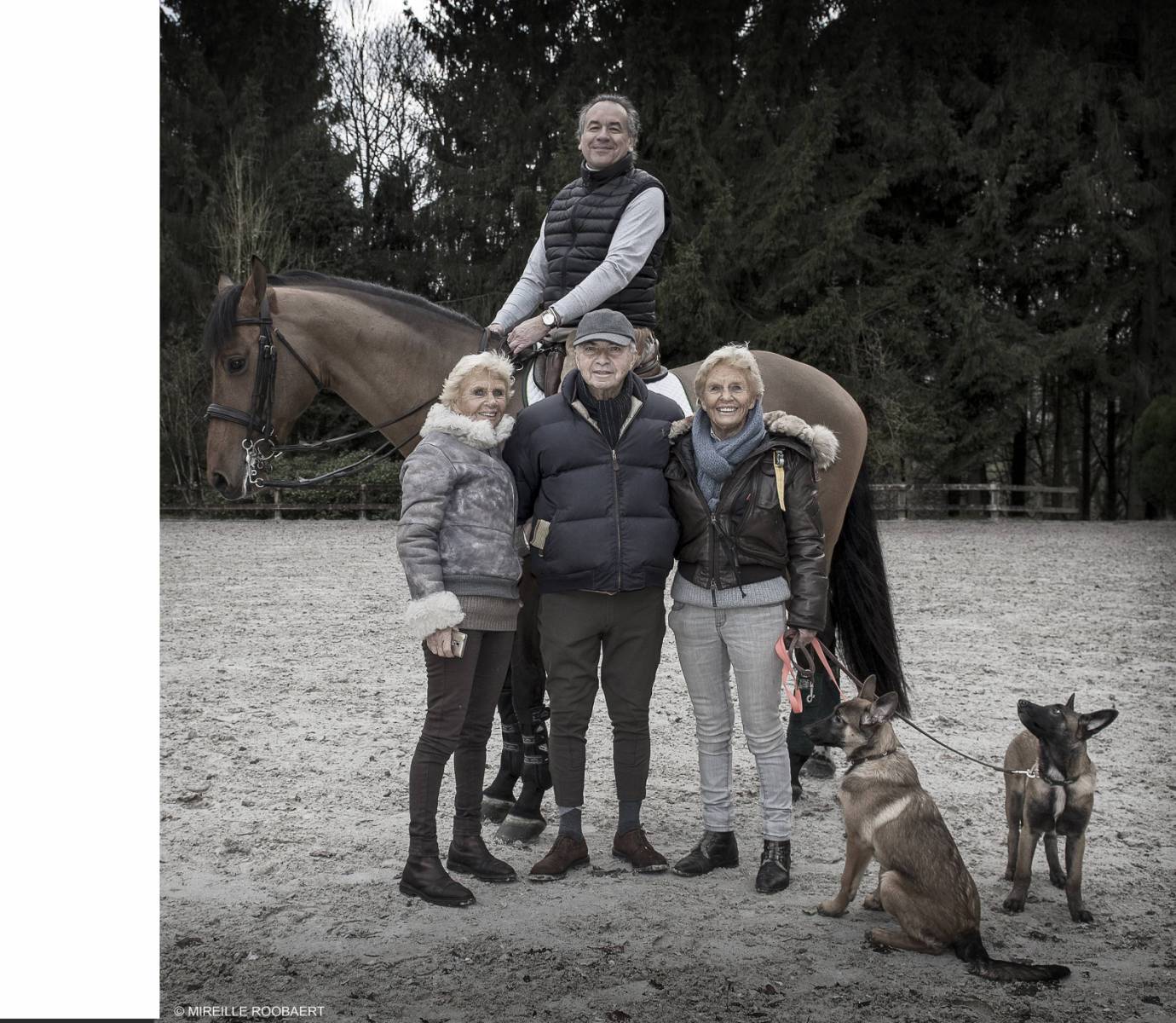 But, in addition, the current era is also characterised by more competitions. At present, riders participate in forty or fifty competitions per year. “We used to take part in fifteen competitions during the year, and that was already a lot”, confirms Nelson Pessoa. “So we had more time to spend on the horses as regards all the points Pierre has just discussed”. Pierre adds that “the horses, meanwhile, had more recovery time as regards the exertion of the competitions”. So you have to listen to your horse, something which he feels is essential. “If you know your horse well, you will realise when he is overloaded, when he needs some rest or when you should ease his workload, or when, on the contrary, you can ask more of him. This assumes that you have a very close and even tactile relationship with him. If you truly know your horse, you will immediately know how he is feeling when you enter the box”.

When you ask Pierre Durand to say what he thinks the essential elements of competition are, he assumes that you progress through failure. “And anyway, when you compete, you don’t only experience success. There are failures, some more painful than others and some of which are hard to get over. But afterwards, when you do succeed, you’re much stronger.” On this point, talking specifically about the Olympics, the title of Olympic Champion is, for a rider, the holy grail. “But, as far as I’m concerned, the greatest competition was played out at the European Championships that took place in St-Gallen in Switzerland in 1987”. That was the year before the Olympic Games in Seoul, where he won the Olympic title. “It was an extraordinary duel, from the first day (there were three days), with Milton and John Whitaker. To beat him, I had to win the cross-country event that day. I went out last in the cross-country. The course was dreadful because it had rained heavily, and I knew that to be European Champion I would have to win it because Milton was already provisionally in the lead. Afterwards, until the final day, we were within two points of each other. You know, when you have John Whitaker and Milton right behind you, it spurs you on and you have to push yourself to the limit. For me, that was my greatest sporting performance ever”. 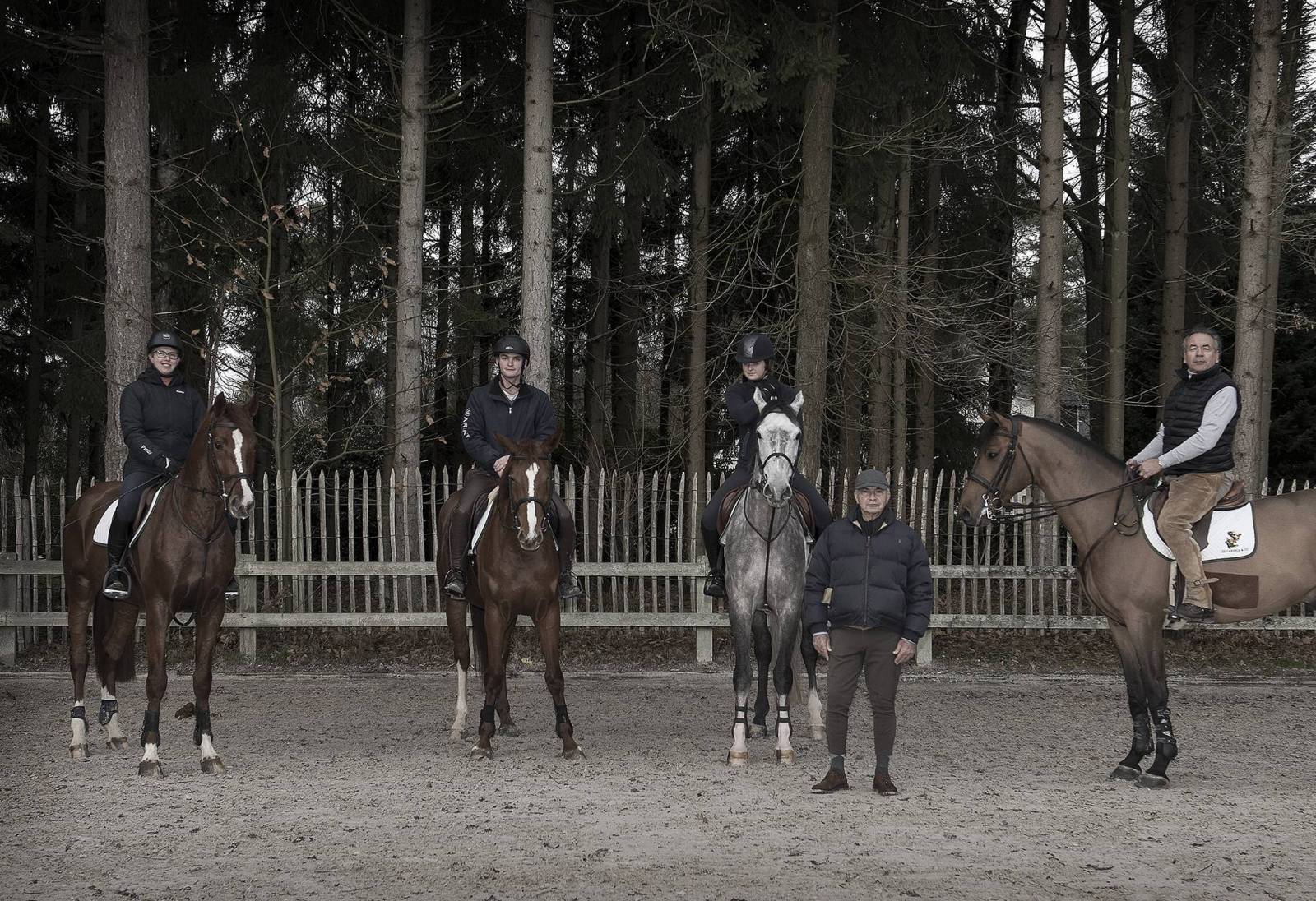 “To gallop, you need to have superior control over the horse.”
Nelson Pessoa 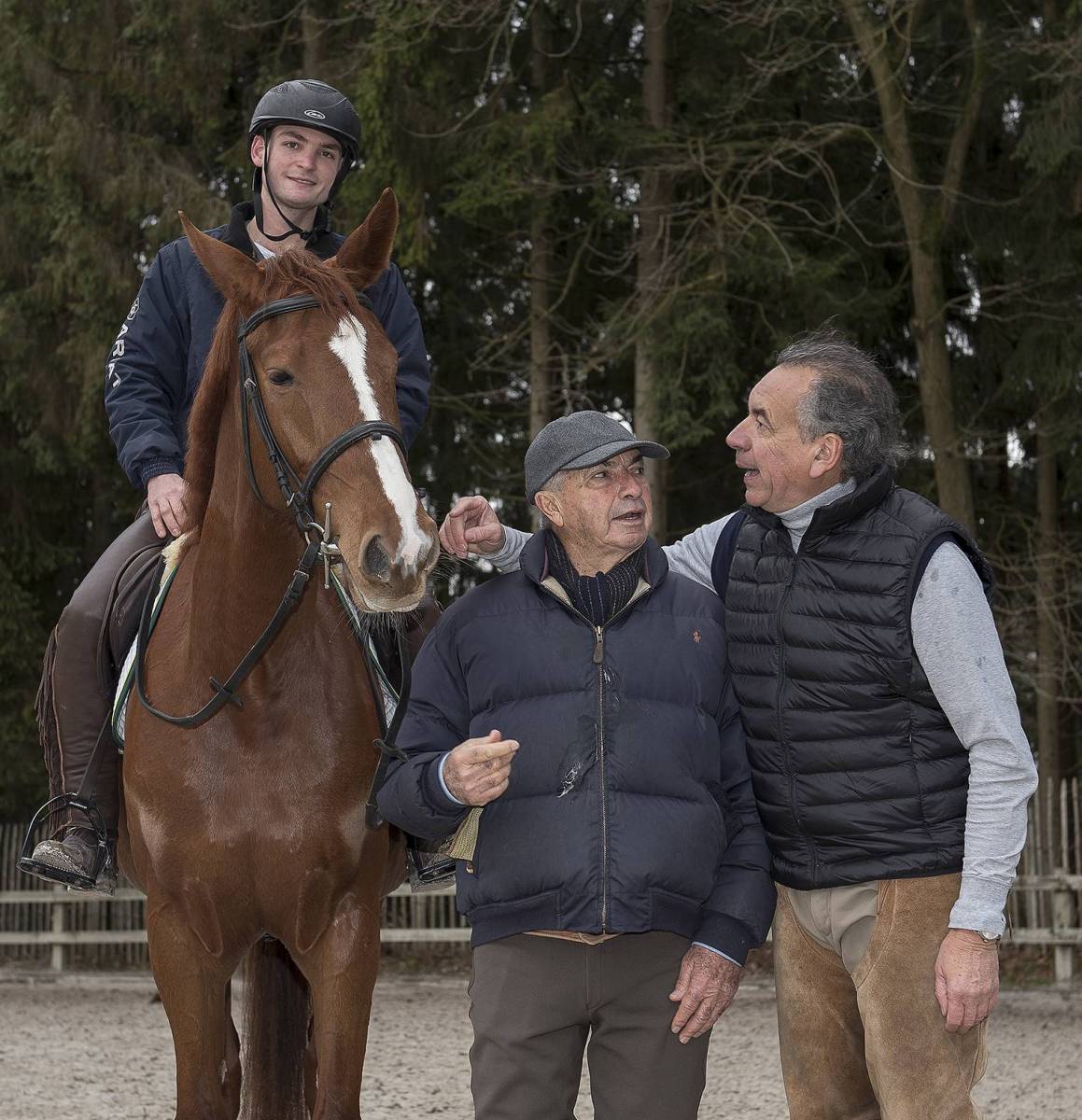 Clearly, this type of performance can only happen if there is genuine symbiosis between the rider and his horse, as Nelson Pessoa points out. “On the day of the competition, you find yourself in a particular state of mind. There is a sort of tension and stress that the horse understands. That’s when you can excel together”, he explains. “People also say that the horse is a medium”, continues Pierre Durand, “because it absorbs everything we feel”. He adds: “You cannot cheat with a horse. There has to be osmosis”. But then, what is the formula that these two globally renowned riders appear to share at the heart of the bond between them? Pierre Durand explains: “If you can control the necessary emotion, stress and nerves in a positive way, the horse can excel with the rider”. He gives an example: “At the Seoul Olympics (1988), during the second-round event, I was so in tune with Jappeloup that the moment I thought of an order, such as prepare for a turn, he executed it. I told myself – and I still remember it so clearly today – that this was unthinkable: I wasn’t asking him to do anything, but he did what I had been thinking. It was an extraordinary connection in the movement and action of competition”. One moment among many that remain forever engraved in the memory regarding the transcendence of equestrian sport.