Something between elegance and extravagance

Each year, at the end of June, a legendary British horse race is held: the Royal Ascot. And while the horses fight it out on the track, the hats are bustling in the stands. It’s a mixture of elegance and extravagance that only English know how to create.

Something between elegance and extravagance

Each year, at the end of June, a legendary British horse race is held: the Royal Ascot. And while the horses fight it out on the track, the hats are bustling in the stands. It’s a mixture of elegance and extravagance that only English know how to create. 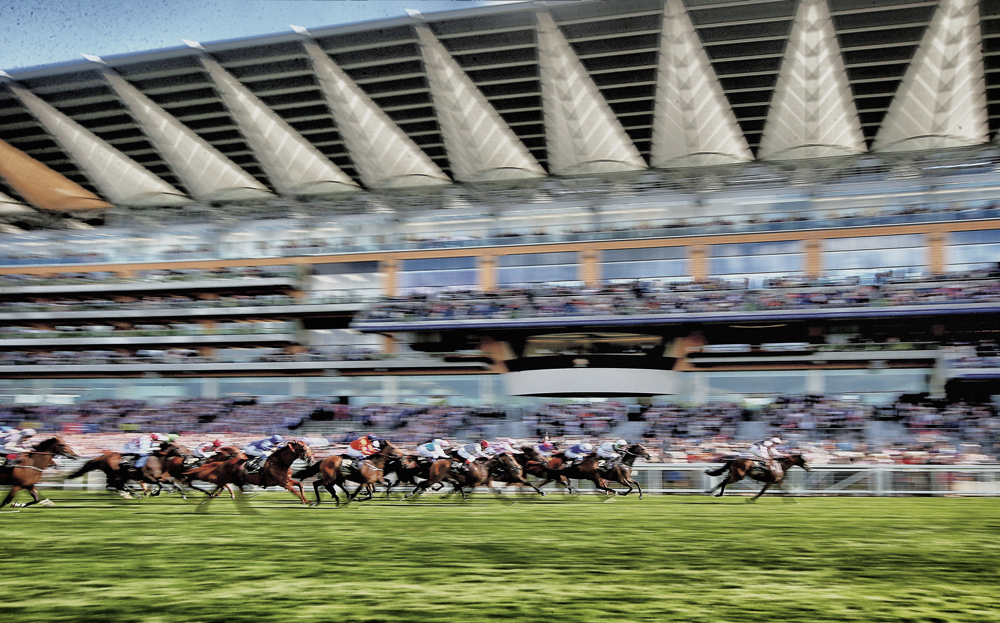 This place, just a few miles southwest of London and only a stone’s throw away from Windsor Park, welcomes some 300,000 people from June 20 till June 24. Five days of horse racing, bringing together the most beautiful purebreds from the equestrian world. All with large wagers on their necks.

But at this race, the bookies also bet on the color of the Queen of England’s hat, since beyond being a sporting event, the Royal Ascot has transformed over time into a veritable outdoor fashion show. The strict dress code may prohibit short skirts, but it gives carte blanche when it comes to headwear, with attendees showing off their most original pieces. 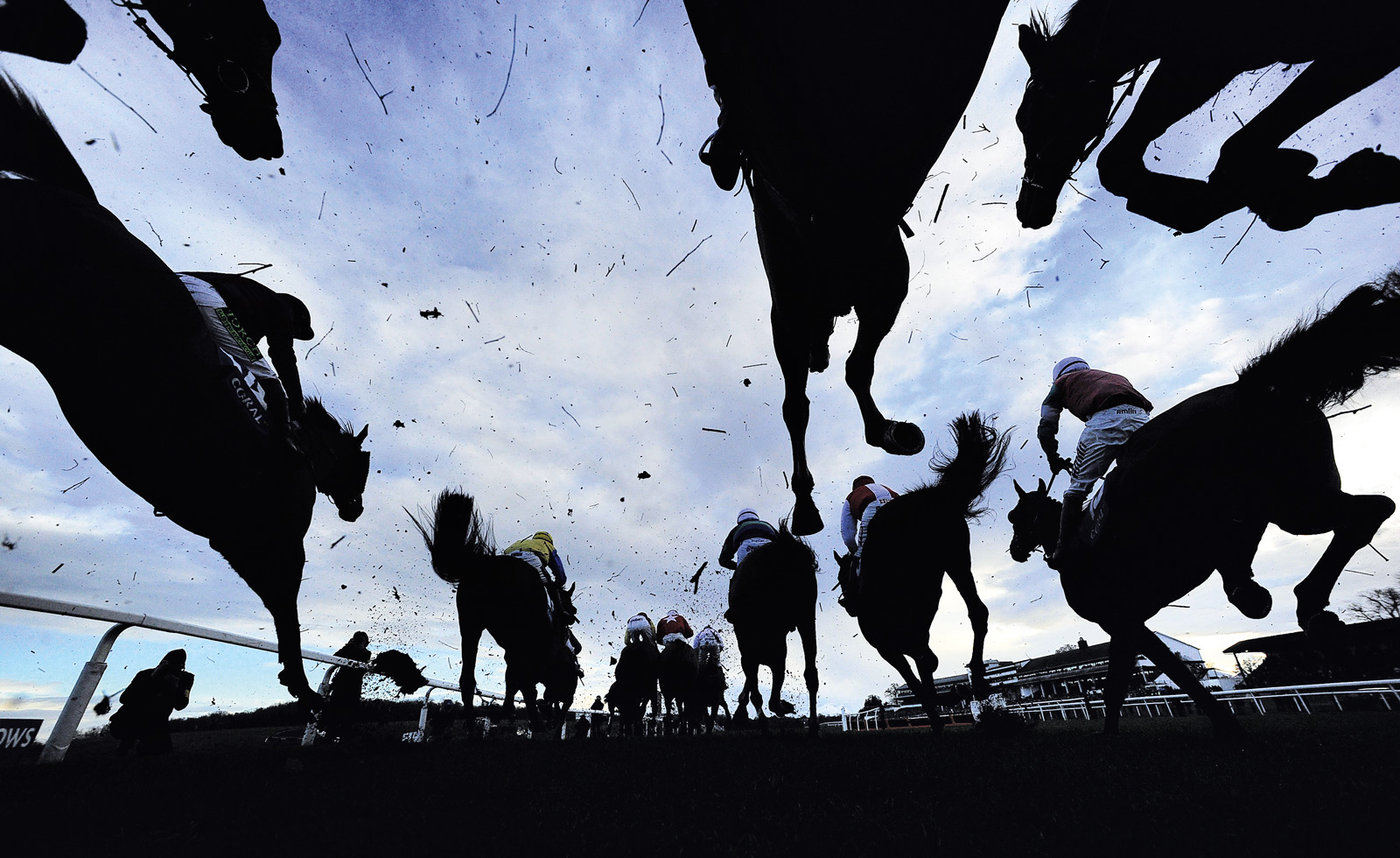 Established in 1822 by King George IV, this box was originally only accessible to those invited by the monarch, who used it to receive friends.

The Royal Ascot got its start from a royal promenade that took place more than 300 years ago. It all started one day in 1711, when Queen Anne of England was riding her horse along the edges of Windsor Castle. She came upon an open heath that seemed to be “ideal for horses to gallop at full stretch.” No sooner said than done: the first horse race took place on these royal grounds in the same year. And the original horse racetrack was set up in 1794.

Over time, the infrastructure has expanded, of course, as have the horse races that take place there. In fact, the steeplechase and hurdles were introduced at Ascot in 1965, just over 50 years ago. A few years prior to this, during World War II, a whole different spectacle was seen at the racetrack’s center grandstand, which was transformed into a barracks for members of the royal artillery for the duration of the hostilities. Today, peace reigns once again, but each year in mid-August, the skies roar with the sounds of the Red Bull Air Race. In the end of spring, it’s the crowds of the Royal Ascot that disrupt the calm of the setting. 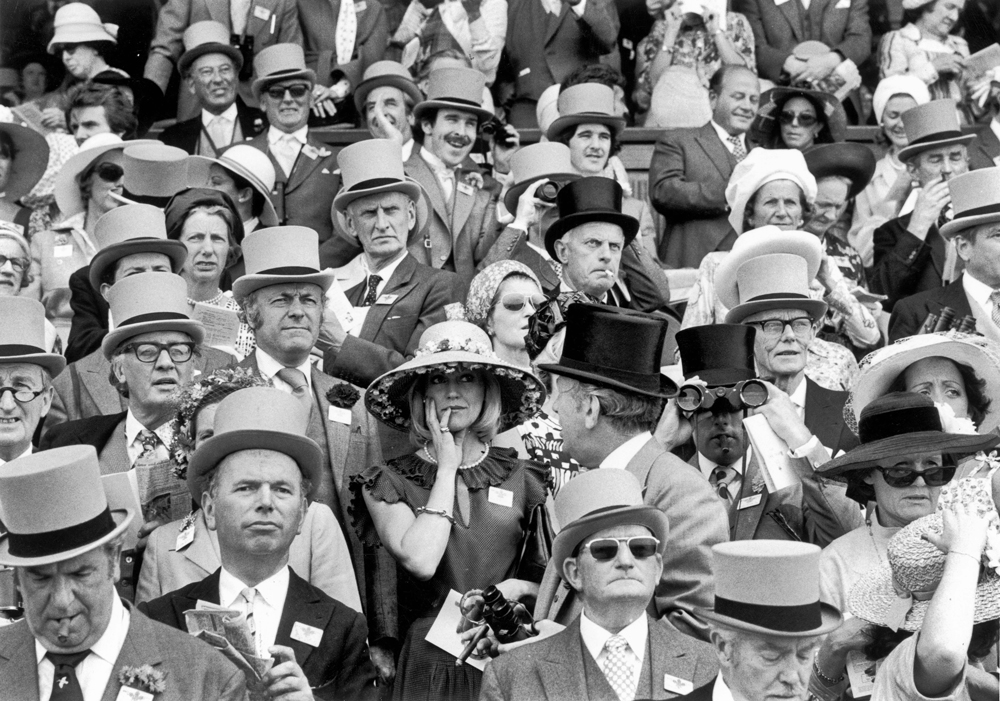 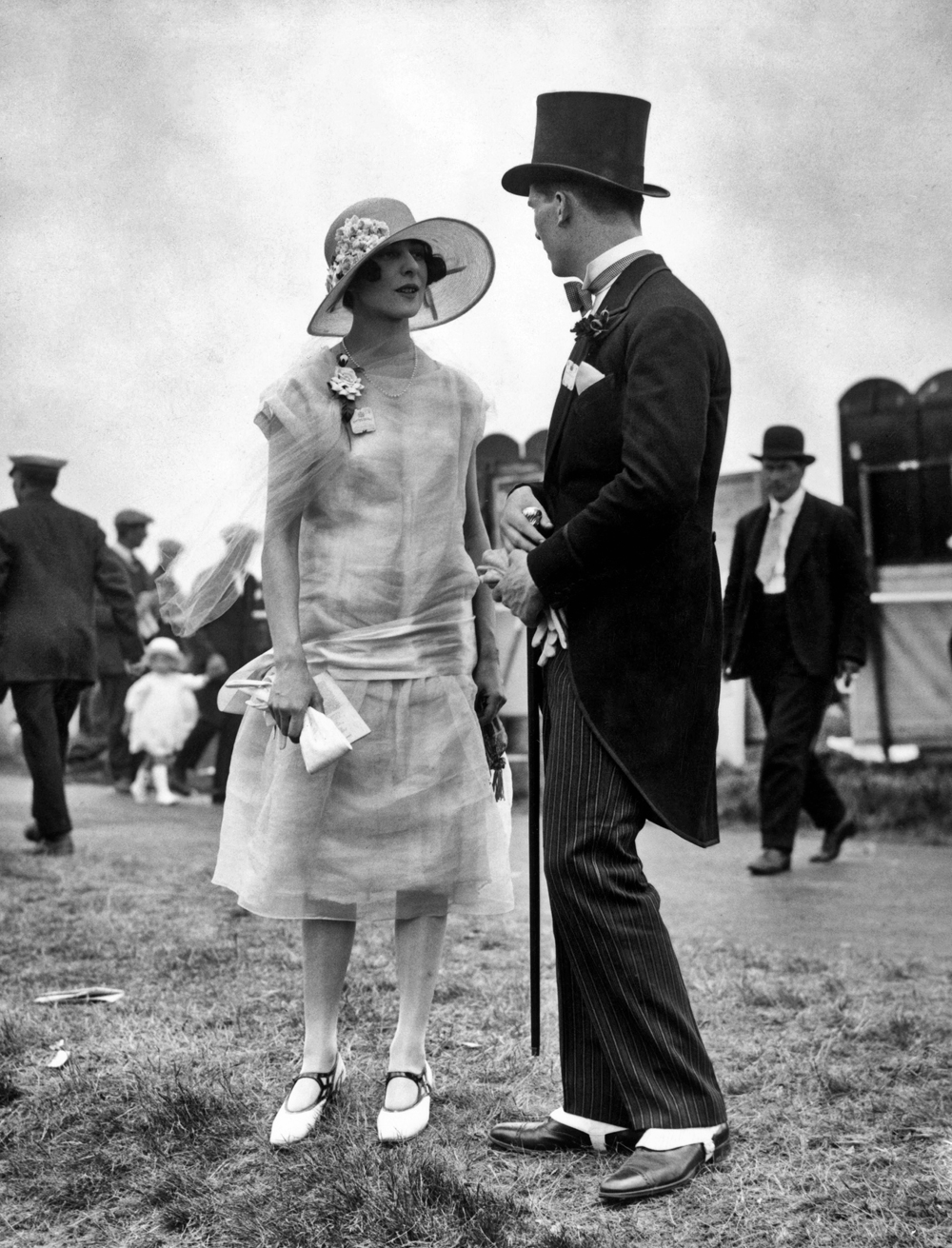 During the 5 days of the Royal Ascot, the festivities kick off with the Queen’s arrival in a carriage at 2 PM. She then heads to the royal pavilion, where she has a bird’s-eye view of the track. In 2013, her box, which usually maintains a subdued atmosphere, was jolted by excitement when Estimate, a filly raised by the royal stables, took the Gold Cup, the most important race at Ascot. Becoming the first reigning British monarch to win this race, Elizabeth II allowed herself to shout out with joy.
Not enough, though, to shock the privileged spectators with access to the Royal Enclosure. Established in 1822 by King George IV, this box was originally only accessible to those invited by the monarch, who used it to receive friends. This place, which has seen this world’s most prominent figures, is less off-limits today than in the past, though it is still not open to all. Access is granted either by invitation from a member of the Royal Enclosure, or in return for payment, with the reservation of a table in one of its very chic restaurants. The dress code in this elite location is quite strict: dresses must not go above the knee and must cover women’s shoulders, and men’s suits are also carefully scrutinized. 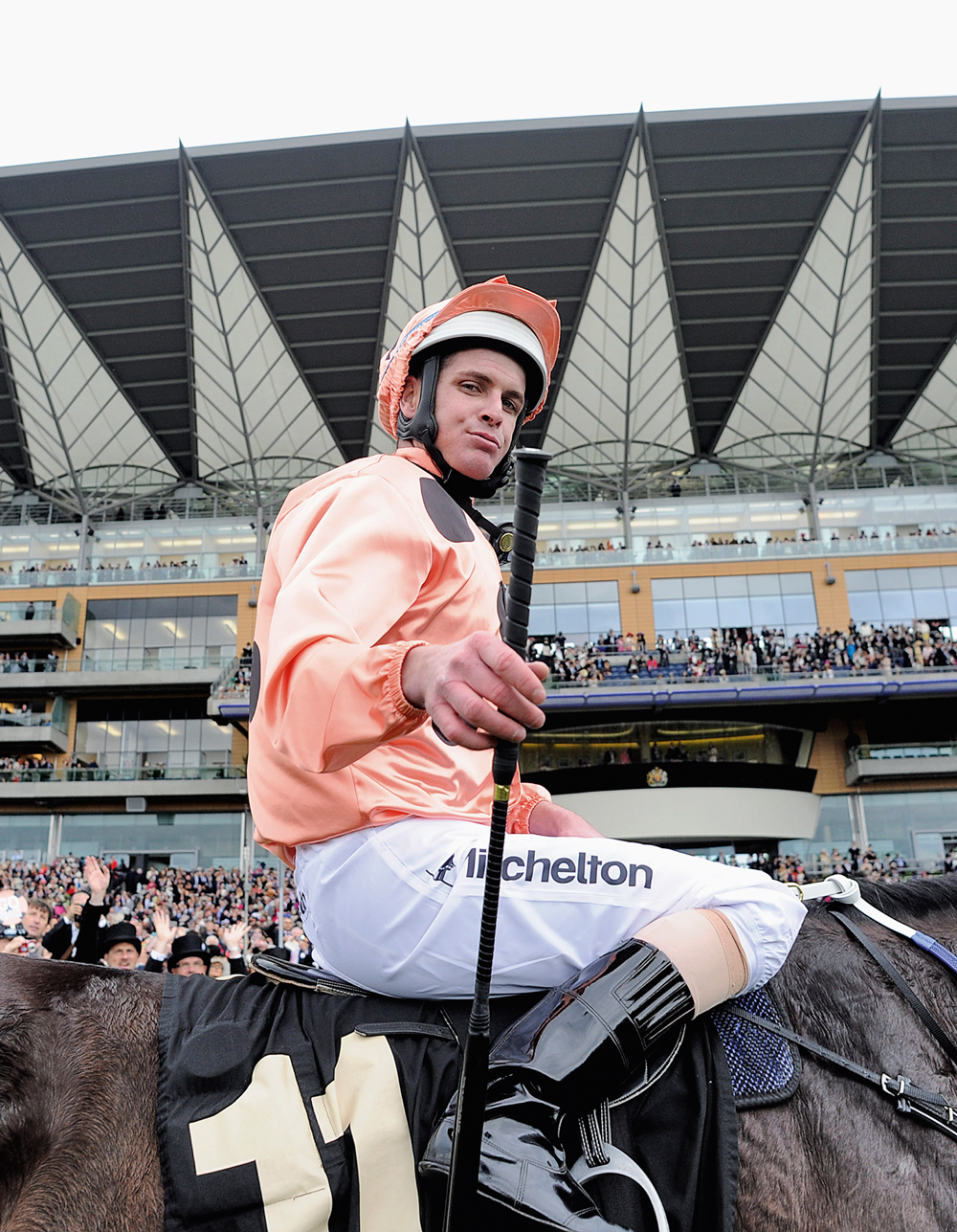 In the public grandstands, the dress code is more relaxed. Here hats are the main focus, sometimes taking daring shapes, allowing British subjects to flaunt their originality. Beside this extravagance, there are 400 helicopters and 1,000 limousines dropping off high-profile guests in boxes, where each year more than 50,000 bottles of champagne are uncorked and two tons of lobster are washed down, accompanying the discussions between horse fans. The spectacle taking place on the heads of attendees must not allow us to forget the hooves of the purebreds that pound out the true heartbeat of the event... 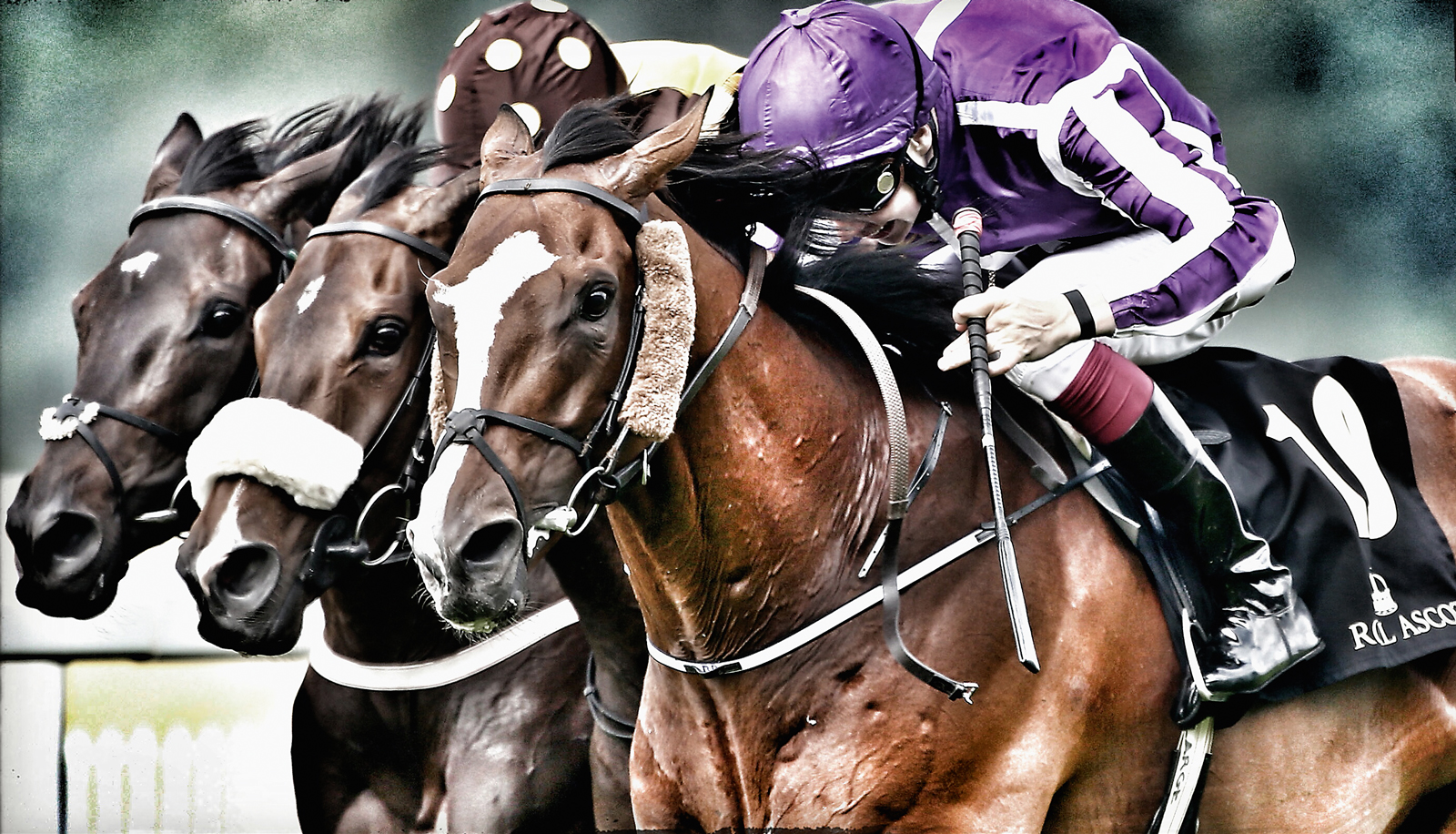