H
PierreMatter Artiste
French sculptor Pierre Matter was born in 1964. Curious in everything around him as a child, he got an early start to his creation. At a young age, he began going to his father’s workshop to tinker.

His studies led him toward mathematics, opening up the path to the stars. In fact, he wanted to be an astrophysicist! It was only after many twists and turns that he found his way to art. He tried painting, comic books, then bas-relief sculpture, and stone carving. But it was metal that Pierre chose for the creation of his world.

Through hammering, welding, and machining, he came to compose his own universal symphony. Just as metal clinks, thunders, and vibrates, Pierre Matter sounds out his vision of the world with the violence of ancient foundries and the frenzy of modern factories. Pierre Matter considers himself a recycler. He finds small marvels among pieces of scrapped industrial metal. He feels like a child on a mound of sand, but instead of sand, it’s a mountain of metal!

He loves to give things a second life, mixing them with copper, stainless steel, brass, and bronze. This is how his bulls and horses, lions and whales, women, goddesses, and ships are born... so many fanciful and magnificent hybrids. Between Jules Verne and Metropolis, Jodorowsky and Bilal, his fantastical creatures emerge from the magma of human know-how. 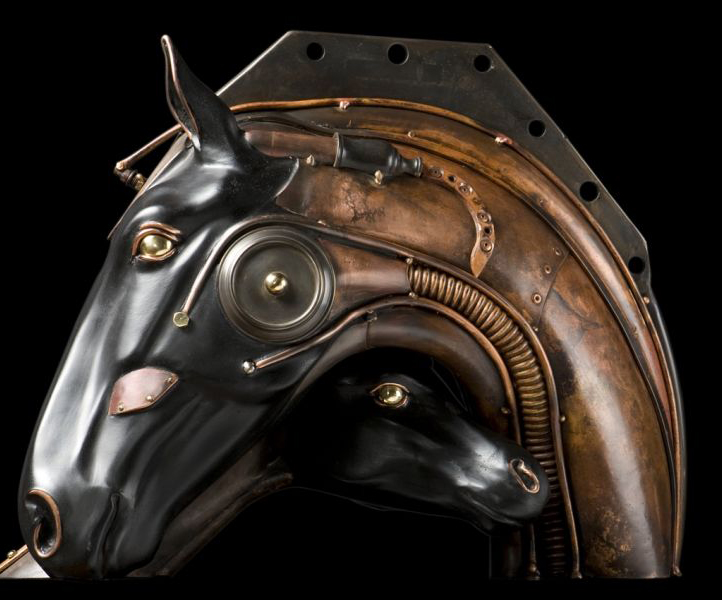 The massive size of his sculptures contrasts with the delicacy and skill with which they are created, the meticulousness and impression of fragility that come from his attention to even the smallest technical details. Each cable, each connecting and hydraulic element offers a terrifying realism to his pieces. The sculptures emerging from this pile of metal tell us a story of what we are and what our future will be, says Pierre Matter.

The constant confusion of control over materials and components leads to deep reflection on the relationship between humans, animals, and technology. It is rare that the challenges faced by an entire civilization are so clear: through the intermediary of its double negation, that of a nature-machine crossbreed, providing a constant loud reminder of excess and human intervention, and, due to its unlimited domination over reality, its own rift.

Pierre Matter has been working and exhibiting for more than 20 years. He can be seen throughout the world, in places such as Paris, New York, Shanghai, Dubai, Singapore, and Hong Kong. Recently, he left his native Alsace to live in Touraine.

The place of the horse in Pierre Matter’s work

Among the animals used by Pierre Matter, horses are a recurrent theme. He frequently focuses on the equine figure. Due to its esthetics first and foremost, the silhouette and the strength of the animal during movement make it an interesting subject. The relationship with humans since the beginning of their coexistence also makes it a strong symbol. Horses have always been present, in daily activities, working the land or transporting loads and people. Before ceding its place to machines, the horse left its mark: horsepower, in fact the most symbolic image of Pierre’s work, that of the duality of nature and technology found in his creatures.

Pierre Matter’s “horses” give a sense of power, but also of fragility, perhaps afraid of their new hybrid, half-machine condition. Despite it all, they remain magnificent and regal, as during a race. The horse has its place in the world of Pierre Matter, his “Cheval Mecachrome” [“Mecachrome Horse”] is one of the greatest examples, built from copper and stainless steel, around a 600-horsepower Formula 1 engine. 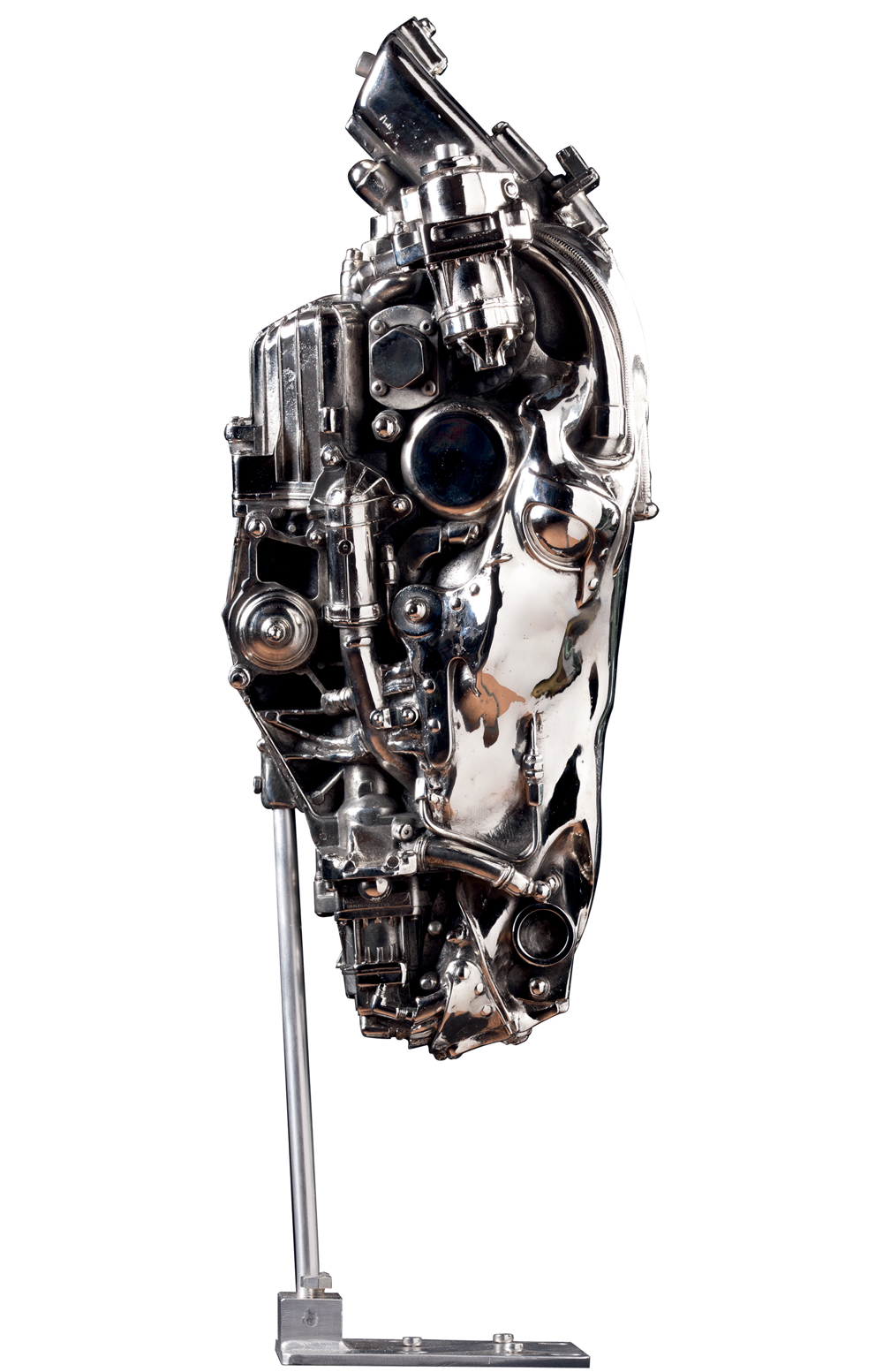